Eric V. Swain had dreams of making money through his rap music, but he also had a practical side.

Swain, a 38-year-old father of seven, started publishing songs online about six years ago. In his early 30s by then, he already had kids and had been working a variety of jobs.

While he loved his music, he saw greater importance in what would become of his children.

"To see your kids blossom and bloom and be somebody in life, that's making it," he said in April during a weekly Facebook Live webcast produced in Buffalo called "What We Used To Do Wednesdays."

Swain was fatally shot June 14 on Marigold Avenue in Buffalo. It was four days before he was slated to start a new job working at a boys' home. He was shot in the arm and the bullet traveled into his chest, puncturing his lungs. Four others were injured in the shooting but survived.

"He had a lot of more heartfelt songs," said his fiancee, Christina Corchado. "As a black man born and raised in an urban community, the hardships, the trials and tribulations that they go through when they wake up, just being who they are. He had a lot of music that was aimed at that to give men – it doesn't have to be just a black man, but any man – in an urban society some type of hope that you can make it out there and you don't have to be what society makes you out to be.

"You don't have to be what people portray the men that walk around a specific neighborhood to be," Corchado said.

The couple, who had been together for about 2½ years, got engaged about two months ago. They had set a wedding date of Aug. 19, 2019.

Swain was dedicated to his family – it was virtually guaranteed he would attend family get-togethers and holidays. He took care of his children, spending time with them and paying child support, Corchado said. He recently had worked about a year in maintenance for the Community Action Organization. 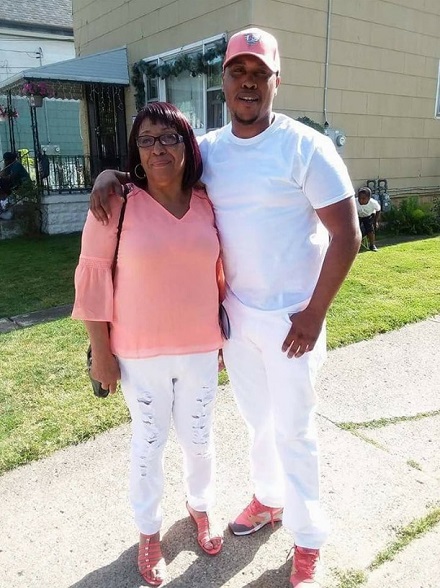 Swain loved to cook, especially soul food, a skill he learned from his mother, Hattie Ellison.

She and Eric's father, the late Joseph J. Ellison, separated. Swain viewed his father leaving his mother also as separating from his children – Eric, his three brothers and a sister, Hattie Ellison said, and her son pledged he wouldn't treat his children that way.

"He wasn't going to disappear out of their lives," she said. "They were going to know who he was and I was proud of him for that."

Swain also acted as a father figure to Corchado's child from a prior relationship.

This isn't the first time the family's been touched by gun violence in Buffalo. On July 22, 2012, Swain's 17-year-old nephew, Dominique Cotton, was fatally shot on Davidson Avenue. His killing has not been solved.

Around 11 p.m. June 14, Swain was walking to the store and stopped to talk with some guys in the neighborhood when a vehicle drove by and shots were fired at the group, according to family members, who do not believe Swain was the target. It happened two houses away from where his grandmother lives.

"It wasn't somebody out looking for him," his mother said. "It wasn't him."

Two weeks ago, after another shooting in their Leroy Avenue neighborhood, Swain told his mom that he didn't want to live in that part of the city anymore, she said.

What was primarily on his mind at the time was his 16-year-old son and what he was being exposed to on the surrounding streets.

Swain was good at motivating others, according to his fiancee, and with the music he left behind, he fulfilled a dream of leaving something behind for others.

"He always wanted to leave something here for people to be able to go back to," Corchado said.