DALLAS — The Buffalo Sabres’ table on floor of the National Hockey League Draft is crammed with 19 people. That includes the team owners, front-office executives and the head coach, among others.

It also includes someone who is on her feet for nearly the entire draft, taking orders, running papers and more. This is her second time doing this particular gig, so you could call her a veteran.

Her payment? Well, she gets a jersey out of the deal, a prime view of the stage and a solid inside look at how hockey ticks. Ask her about the job, and she’ll smile wide enough to reveal braces. 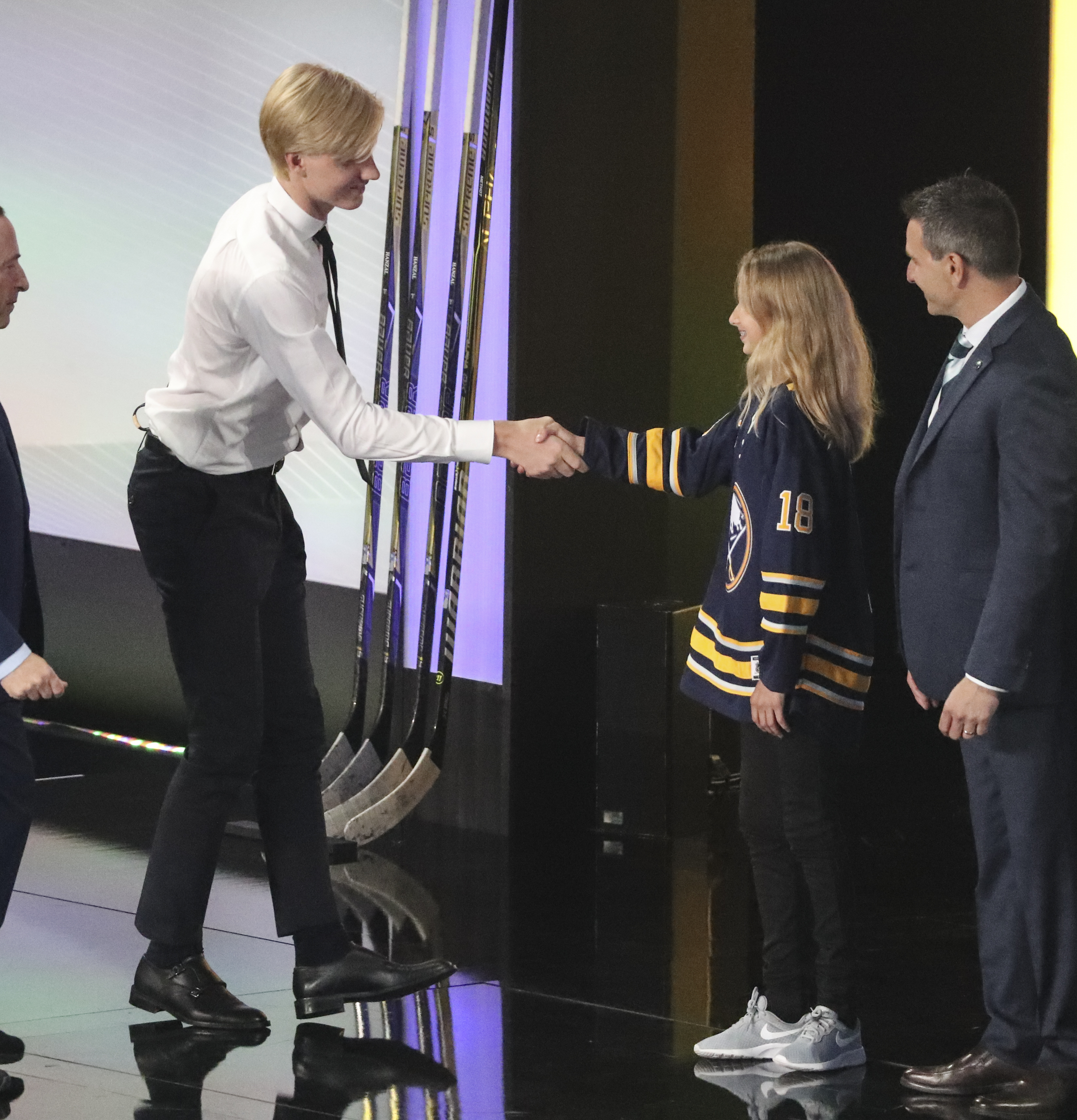 “I’ve done a lot of stuff with my dad,” Rosie said Friday evening, standing near the Sabres’ table at American Airlines Center in Dallas. “But this is a newer thing that I’ve gotten to do. It’s pretty cool.”

Rosie’s dad, Chris Bandura, is the team’s vice president of media relations. Two years ago, when Buffalo hosted the draft, his colleague from the Vancouver Canucks asked if Rosie could assist the team as a runner. That’s someone who fetches drinks, snacks, and photocopies for the hockey officials who can’t leave the team’s draft table while the draft is underway. Most of the NHL draft runners are between 11 and 13 years old, but Rosie, who often comes to practices with her dad on the weekend, knew the building well enough to help out at age 9.

Rasmus Dahlin on his arrival in Buffalo: 'Finally I'm here'
Gallery: Rasmus Dahlin's big night
Mike Harrington: Sabres must capitalize on Dahlin's impact
Rasmus Dahlin after he was drafted: 'I love to call my new town Buffalo'
Finally a Sabre: In a frozen moment, Dahlin (and mom) are Buffalo-bound

“When I did it for Vancouver, it was really, really fun,” she said. “You get to meet a lot of people and do a lot of stuff you don’t normally get to do. You get to see behind the scenes a little bit.”

So when “Mr. Botterill” – that’s Sabres General Manager Jason Botterill – asked Chris Bandura if Rosie wanted to to help out this year, it was an easy yes.

“This is a good opportunity because she knows what I do, but here she really gets to see what I do,” said Chris Bandura, who also has an 8-year-old son. “For her to come on the road, just her and I, and get to experience this together, it’s pretty special.” 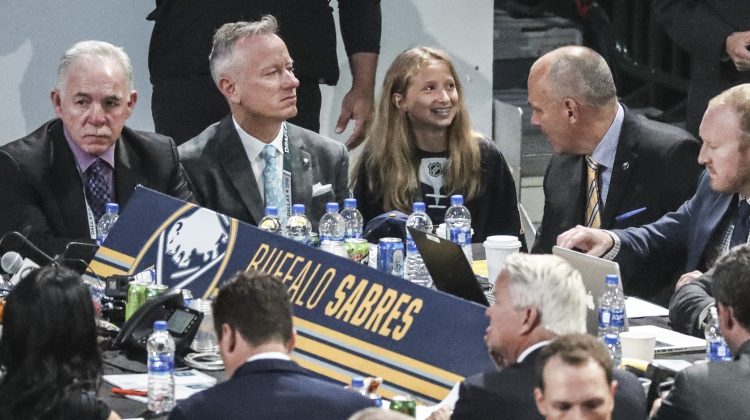 Rosie, who is a bigger soccer player than hockey fan, agreed to help at the draft before the Sabres learned they were picking first overall. She seemed unfazed by Rasmus Dahlin, the Swedish hockey star and Buffalo pick who was sitting with his family just feet away from her, about an hour before the draft began.

While most Buffalo fans would be watching the draft to see him, at least a few were planning to tune in for Rosie, whose long blond hair made her easy to spot on camera when she was part of the Sabres' contingent on stage for Dahlin's selection. She was the first person onstage from the Sabres to shake his hand and stood next to NHL Commissioner Gary Bettman in a group photo with Sabres officials and Dahlin.

“I was texting my friend earlier and she was like, ‘I’m totally going to watch the draft so I can see you!’ ” said Rosie, who is entering seventh grade at St. John Vianney School in Orchard Park. “My family is going to watch, too.”

“Yeah,” she said, and giggled.