Family and faith were always first for Robert W. Herdlein Sr. and his wife, Patricia.

That was out of necessity — they were the parents of 13 children, born over 21 years.

This week, 12 of the couple's adult children and their mother are relying on their faith and family bonds to get through an unexpected double loss.

On Monday, June 18,  Robert W. Herdlein Sr. died after an illness of about six years without knowing that Amy, his gardening partner and youngest daughter, had died three days before.

She succumbed to multiple health problems that she had battled for about five years, her family said, although her death was unexpected because she had seemed to be improving.

The two will be remembered together at a funeral Mass at 10 a.m. Saturday at St. Adalbert Basilica, 212 Stanislaus St., Buffalo. 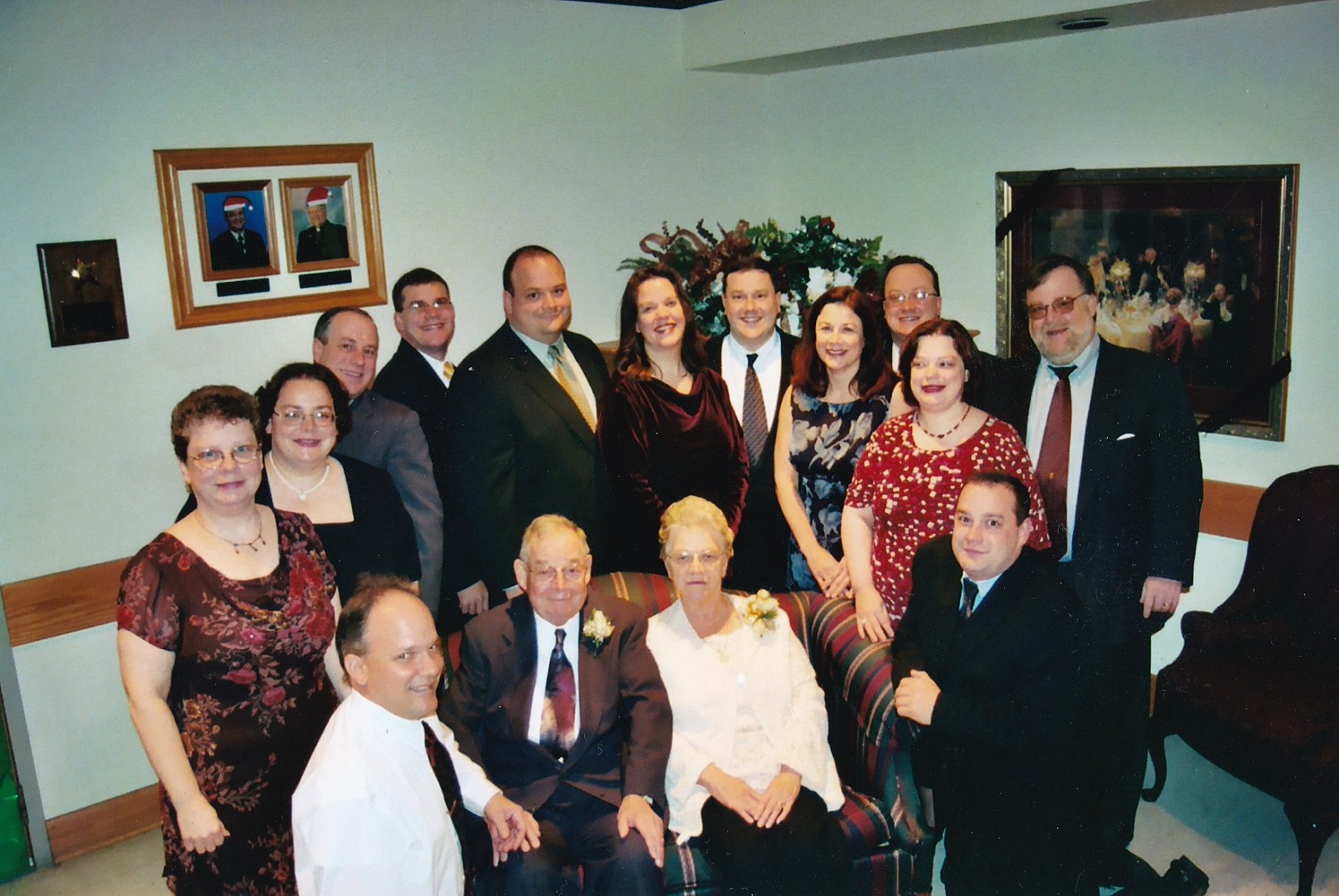 As the family gathered in their sister Patricia's Lancaster home, where their parents lived, fond memories were punctuated by laughter. They recalled their dad using humor to cope with the teenagers who filled his house from the 1970s through the 1990s, making funny bird calls to embarrass them when their friends were around.

They recalled competitive board games, card games and trivia contests, which Amy loved. For the past 31 years, the entire clan gathered for a week every summer at a campground near Ogdensburg, so the siblings and parents could catch up and the next generations could get to know each other.

They reminisced about the proud day in 1996 when Mr. Herdlein and all eight of his sons, a grandson and a family friend became Fourth Degree members of the Knights of Columbus, the highest rank of the organization. Mr. Herdlein was a Knight for 69 years, joining as a young man to follow the example of his father.

They laughed about the worst thing  one of Mr. Herdlein's children could do: miss the school bus. "If you missed the bus, he was not a happy camper," his daughter Gretchen said. "When I missed the school bus once, he told me that people weren't paying attention to detail, and that's why the Space Shuttle crashed," said his son Matt. "So I got blamed for the Space Shuttle crash."

The family was immersed in their faith, and almost all the children attended Catholic schools, with Mr. Herdlein working bingo games and serving as president of the Holy Name Society at St. Matthew's Church in Buffalo. The emphasis on education continues, with his children earning more than 20 degrees, working as teachers, accountants and business executives.

Mr. Herdlein, known as Bob, was born in Buffalo, the youngest son of Richard and Lucille (Ostrye) Herdlein and sibling of Dorothy and Richard Herdlein. A graduate of St. Joseph's Collegiate Institute and Erie Community College, he enlisted in the Air Force in 1952 and served during the Korean War.

During a leave, on Dec. 26, 1953, he married Patricia Hoctor, the younger sister of one of his buddies. The couple spent the early part of their marriage in Buffalo, then moved to a bigger house in Cheektowaga in 1973, where, Matt said, "We moved up to three bathrooms instead of one."

Mr. Herdlein worked several jobs, including at Moog and as an inhalation therapist, but spent the last 30 years of his career as a mental health technician at Erie County Medical Center.

Mr. Herdlein was active in the Francis J. Donovan American Legion Post 1626 in Buffalo. He and his father were both inducted into the Knights of Columbus International Bowling Association Hall of Fame.

Mr. and Mrs. Herdlein were delighted to receive a Papal Blessing on their 50th wedding anniversary in 2003.

Many years ago, Mr. Herdlein arranged to donate his body to UB's Department of Anatomical Sciences. "He was very generous in donating both money and time to causes he believed in," said his daughter Ann.

His daughter, Amy Herdlein, graduated from St. Mary's High School in Lancaster and Buffalo State College. Working at Cradle Beach set her on her career path, her family said. She moved to Flagstaff, where she earned a master's degree in education at Northern Arizona University.

After graduation, she worked as a special education teacher on a Native American Reservation in Arizona and at a school for the deaf and blind. She returned home when she became ill.

A shot put competitor in high school, Miss Herdlein also had a great sense of humor, her siblings said. She was an avid crafter and baker, as well as a gardener. In the spring, "she would come over and do all the flower beds with Dad," said her sister Ann.

The Herdleins are also survived by Mr. Herdlein's sister, Dorothy Conway, his 28 grandchildren and 22 great-grandchildren.