After a complete interior renovation, the new Pano's – opening June 25 – is lighter, brighter and bedecked in colors of the Mediterranean.

The ceilings are 2 feet higher after the removal of dropped ceilings, and unblocked windows allow more light to stream into the new bar area.

Instead of orange and brown, the new Pano's wears blue, white and tan. 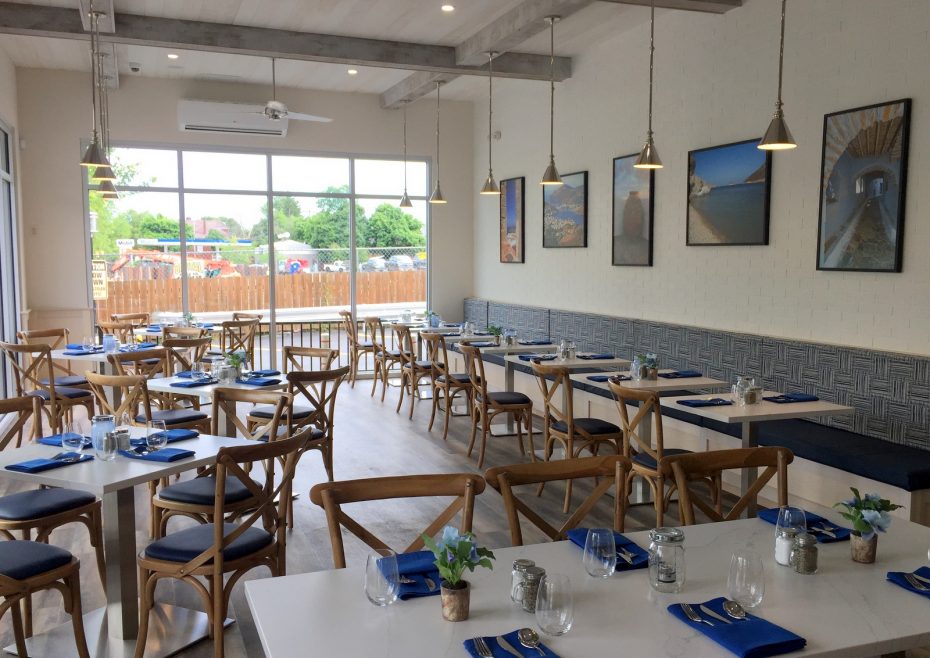 Photos of Greece and light walls have changed the look at the new Pano's. (Andrew Galarneau/Buffalo News)

Another goal is to invite locals who had lost interest in Pano's to give it a fresh look, said Richard Orens, general manager. "We've given it a different atmosphere, and we're trying to offer a fresher menu, no bag-in-a-box things."

Most of the Mediterranean favorites and other best-sellers will remain, he said.

Saganaki, Kasseri cheese that's been fried and flamed with ouzo, joins the menu, as an appetizer with pita ($7.99) and an egg dish with onions, peppers, tomatoes and toast ($9.99). Greek diner standards such as souvlaki breakfast remain ($12.99, lamb $16.99).

A Mediterranean plate with marinated olives, vegetables, hummus and tratziki ($8.99) and an almond berry salad with red onion and goat cheese ($8.99) are among the lighter additions. 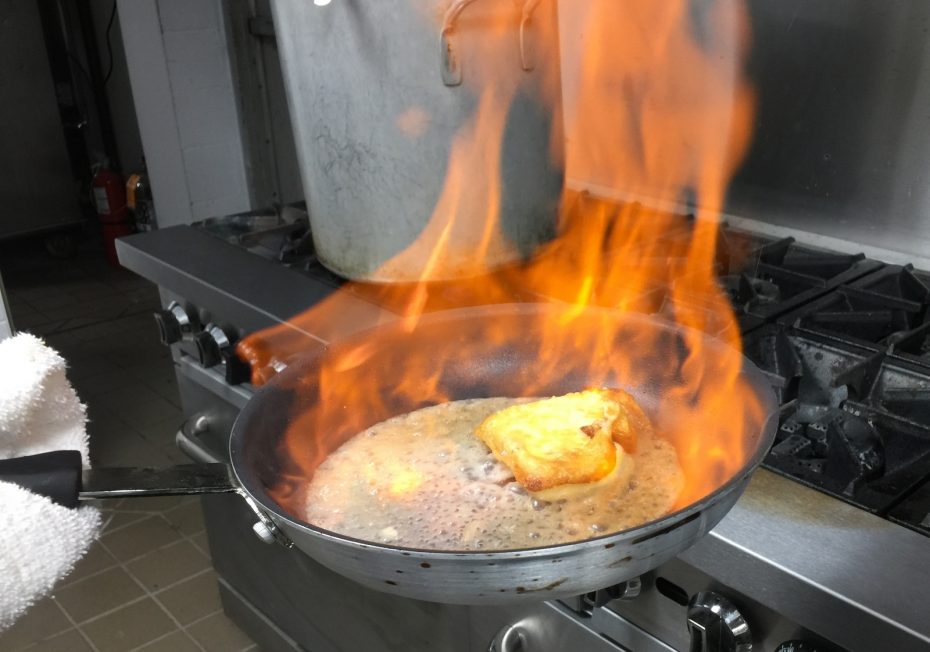 Saganaki is on the menu at the new Pano's. (Andrew Galarneau/Buffalo News)

Customers will be able to watch the kitchen staff cook their meals through a new window and glass doors. 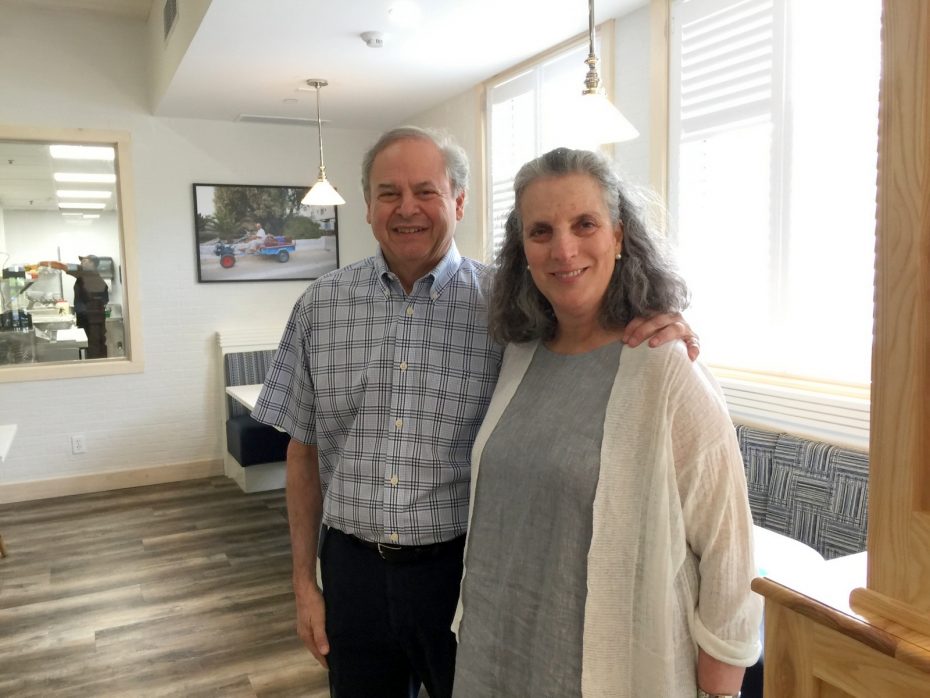 The renovation was down to mechanicals like the air conditioning system. The staircase to the second-floor dining room has been redone in hardwood.

The walls are adorned with photographs of Greece and environs by Botero-Chason, among other art.

Since the place closed Feb. 21, people have been stopping by to ask when they could eat at Pano's again. The new owners live nearby and said they respect what Pano's has meant to generations of Elmwood Village eaters.

"We really want to keep the neighborhood, warm and open feel," said Mark Chason. "We live here, too." 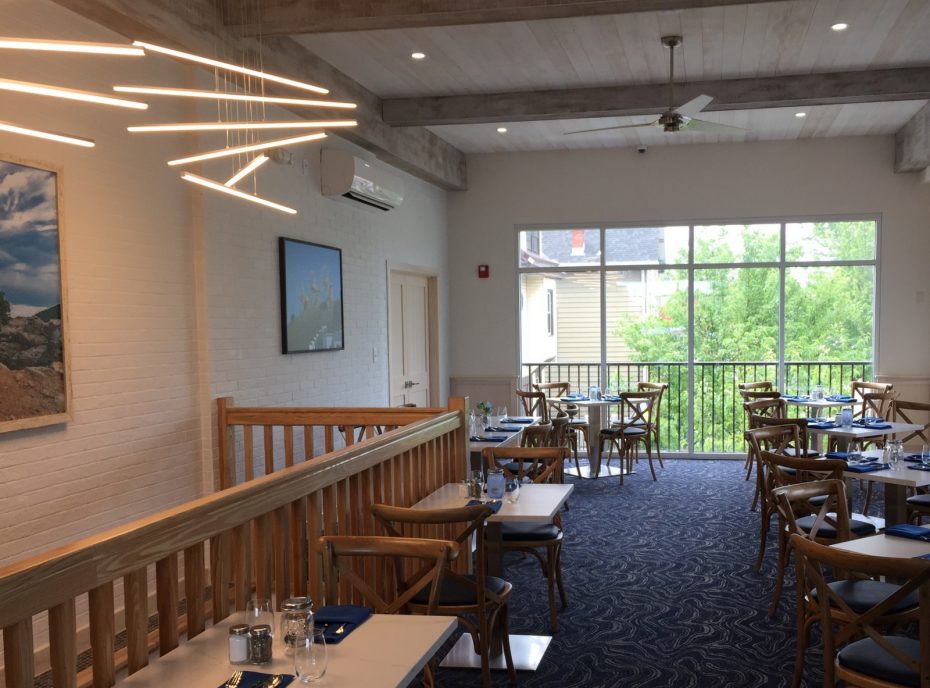