The story of how Buffalo State men's soccer star Luke Pavone landed his first professional contract is one of Jewish descent, the support of a best friend and teammate, personal resilience and a fierce commitment to training.

Signing a professional contract is the fulfillment of a childhood dream for Pavone, a Rochester native who's suited up for both FC Buffalo and the Rochester River Dogz/Lancers of the National Premier Soccer League.

"My mom found something from first grade - in my chicken-scratch handwriting - where I said I wanted to be a pro soccer player," laughed Pavone, just a few days after inking the two-year deal.

While Pavone's soccer path has been littered with obstacles, the answer to the question "how the heck does someone land a professional gig in Israel?" is worth telling.

Working with agents to secure a professional deal can be risky business. The profession is riddled with false promises and shoddy communication, as well as concerns that an agent's career advancement trumps that of his clients.

Fortunately for Pavone, he aligned himself with the right people, working with Patrick McCabe, the former president of Global Premier Management who since merged that business with the Stellar Group, which represented Gareth Bale for his mega-deal with Real Madrid, to form Stellar USA Soccer.

Two months after seeing his college career end with a 2-0 loss to Hobart in the first round of the NCAA Tournament, Pavone had planned to take part in Taglit-Birthright Israel, non-profit educational organization that offers free 10-day heritage trips to Israel for young adults (18-32). The only qualification required to take part is Jewish descent; Pavone's mother, Emily, is Jewish. 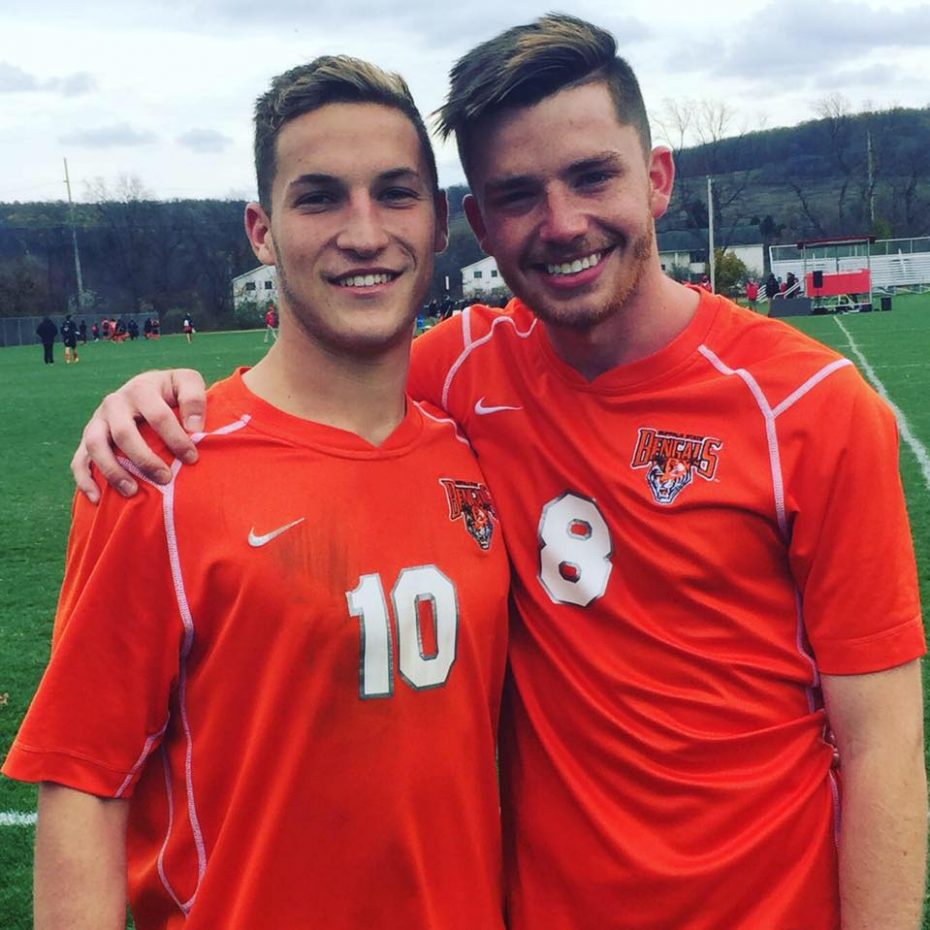 One of Pavone's closest friends, Bengals teammate Barak BenYehuda, is also Jewish, and after some intense coordination, the two friends were approved by Birthright Israel to travel as part of the same group.

Concurrently, McCabe worked connections to line up a trial for Pavone, although nothing was firmly set when the birthright trip began.

After the 10-day cultural journey had concluded, Pavone and BenYehuda intended to stay with the latter's father and extended family in Haifa for a week, a fun excursion even if a professional trial didn't pan out.

On a train en route to Haifa, Pavone received a call from Adam Kidan, an Israeli liaison to McCabe, his American agent, to let him know that Ironi Nesher FC, a second-tier club in the Israel Football League, was interested in seeing him in a scrimmage against a local foe at 10 the following morning. The curious club's location was convenient, as Nesher sits roughly 20 minutes southeast of Haifa.

BenYehuda recounted the story from there:

"We didn’t get into Haifa until around 9:30 p.m. - it was a really quick turnaround, so I just wanted to make sure we fed him a proper dinner and that he was all set and had everything he needed. I've seen that kid put in hours of work, so I didn’t want faulty preparation on our end to affect his chances.

"Next morning we drove to the stadium with my dad and watched him play with full-on professionals and not skip a beat. Athletically was dominant and didn’t [struggle] with the speed of play or technically. He was one of the better players and and nearly scored. It was a really proud moment, to be honest. It was a closed-stadium friendly; me and my dad were two of like 15 people there, but we still made sure to show support.

Pavone trialed for seven days with Ironi Nesher, but a significant hurdle blocked his path from joining the club. He was not an Israeli citizen, and the country's footballing association limits each team to just five non-citizens on its roster. Competition for those spots is especially fierce; given the club's limited knowledge of Pavone, signing the attack-minded player with no professional experience would be risky.

Fortunately, one means of becoming an Israeli citizen came about through the Law of Return, established in 1950 through the Jewish State, which allows any person of direct Jewish ancestry on their mother's side to apply to make Aliyah, or simply move to Israel for either cultural or religious reasons.

Through Nefesh B'Nefesh, a facilitating organization formed in 2002 that works in tandem with the Israeli government and the Jewish Agency for Israel, Pavone needed only to fill out an application, secure documents of authenticity, meet with a representative from the Jewish Agency and then wait patiently for approval.

Otherwise, Pavone's alternative would have been naturalization, which demands three of the previous five years spent living in Israel.

While acquiring citizenship under Nefesh B'Nefesh still took six months for Pavone - which, to him, was a "pretty crazy, long process" - it certainly beat the other options. 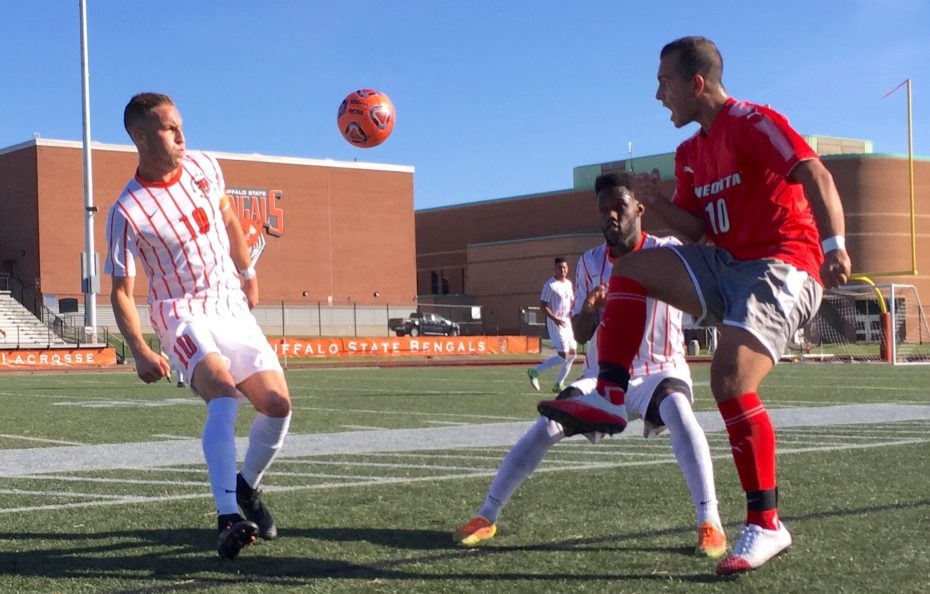 As his Israeli citizenship application was reviewed, Pavone continued to work with McCabe and Dmitri Seluk, a colorful personality who represents former Manchester City midfielder Yaya Toure, in order to find an interested club.

Through word of mouth from his January trial, the circulation of his college highlight tape and the efforts of his agents, Pavone latched on with Hapoel Petah Tikva FC, a middle-of-the-pack second division side - without even requiring a trial.

From his initial discussions with the club, Pavone believes he'll be considered for the No. 10 role, a creative position in the heart of the midfield. Though he was used frequently as a winger at Buffalo State and trialed as a fullback, the first-time pro isn't too concerned with where he fits in.

"I'd play goalie if I had to," Pavone said with a laugh. "I'm ready to get over there and get going."

When athletes make the leap to the professional ranks, cliches are typically spewed. Accomplishments are often attributed to years of grueling work, an indomitable will to overcome adversity and the molding work of coaches.

For Pavone, though, all of the above are true.

The Churchville native isn't showy about his workouts; he calls it "training in the dark," which allows him to "do his own thing and put his head down and get to work," in his words.

Howlett, who lived with Pavone's family as a college student, has had a front-row seat for the silent ferocity of the training.

"He just goes about his business quietly, not posting or boasting about fitness, or working with a ball, but just getting on with it," the Bengals' head coach explained. "That way he feels he's gaining an advantage on his competition because he's working when others may not be. [It's] the idea of eliminating the players that only do extra because they see others doing it."

The adversity was real and consistent, too, beginning with the deaths of his father, who was his youth coach and a massive soccer influence, and UMass coach Sam Koch, who recruited Pavone to the school. Then it was the humbling choice to leave Division I University at Massachusetts for Buffalo State's D3 program, a tough blow to a player typically bursting with confidence.

A tightened bond: The story of Mark Howlett and Luke Pavone

The troubles didn't end, either, as a slew of injuries - a broken foot, a bum ankle, a torn hamstring and torn knee ligaments - cost him a year and a half, including his would-be senior season at Buffalo State (although he returned to play as a redshirt-senior in 2017).

"People don't understand how I'm still playing," Pavone admitted. "But I'm a resilient kind of guy with a passion for the game. I just kept going."

Much of Pavone's near future is uncertain, but he'll live in Petah Tikva, a city of roughly 230,000 people - a little smaller than Buffalo - and play in HaMoshava Stadium, which seats 11,500. While Hapoel Petah Tikva, established in 1934, found themselves in the relegation playoffs of Liga Leumit for the 2018 season's final seven games, the club avoided the drop easily, accruing a record of 6-0-1 against other bottom-of-the-table sides.

In the meantime, Pavone's major influences in Buffalo are anxious to see what he can accomplish. Howlett, transitioning back to more of the "big brother" role from the coach-player relationship he had with Pavone the last three years, is especially excited for what's in store.

"I hope to catch a game and cheer him on," the Buffalo State head coach said. "I'll be here for him when he goes through the low and high times. I have seen all the hours he has put into this over the years and the heartaches he has had to overcome, so finally being able to do something he has set his heart on since he was little is incredible."