The 1980s were a rough decade to love Buffalo.

Sure, there was the “Talking Proud” song, but really that was about it. Many of Buffalo’s most iconic industries didn’t make it out of the '80s, and neither did the jobs associated with those factories and plants that closed.

Even those who still loved Buffalo found it hard to be “in love” with Buffalo as friends, neighbors, and family found it necessary to pack up their lives and find work elsewhere.

But as the 1980s wore on, many still-proud Buffalonians (probably most prominently Mayor James D. Griffin) wore their love of the city on their sleeves. And collars. And neck ties. 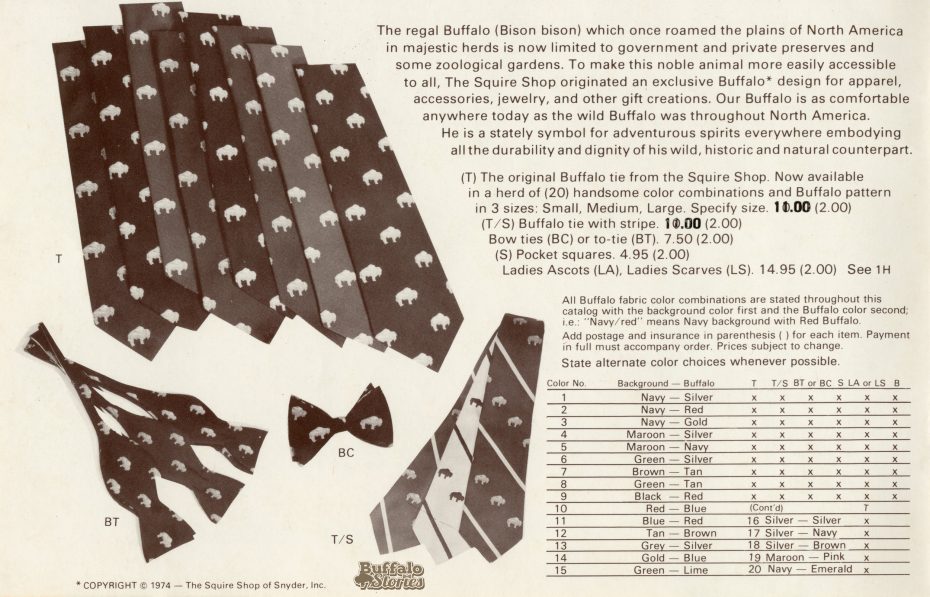 It seems iconic '80s, but the original Buffalo logo neck tie was created in 1967 by Edmund Karnofsky, artist and owner of the Squire Shop on Main Street in Snyder. 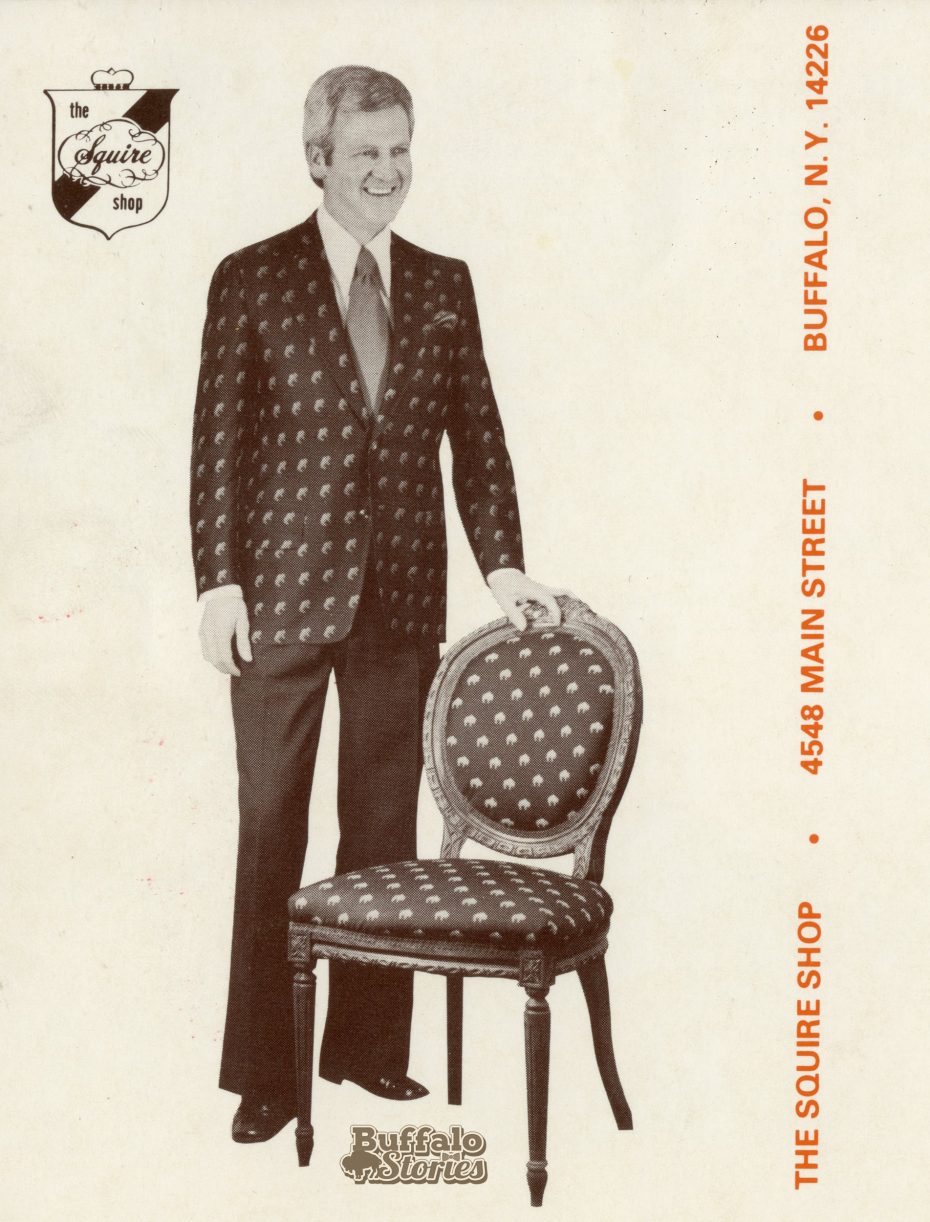 “It seemed there should be something in good taste that served to unify everybody who felt so strongly about Buffalo,” Karnofsky told The News in 1983. The Buffalo tie was born, and it remained a way to say, in an understated-but-still-powerful way, that you were still talking proud.

The model for the Buffalo was from the back of an old Buffalo nickel. The idea to put it on a tie came from some of the other custom ties he’d help create for country clubs and other organizations with their logos on them. The first Buffalo ties featured silver buffalos on a navy background.

During the first 15 years of sales and an expansion to 20 different color combinations, the Squire Shop sold more than 180,000 Buffalo ties.

By the early '80s, others had picked up on Karnofsky’s success and began making their own Buffalo merchandise. It was difficult to walk into the men’s department of any of Buffalo’s retailers without seeing a barrage of buffaloes on things such as ties, belts, and sweaters.

Places like AM&A’s, Kleinhans, Peller & Mure, and many more carried their own version of the Squire Shop design, but one shop came too close — swiping Karnofsky’s original design in whole. A judge ordered the store to dump its supply of ties and pay Karnofsky an $8,500 settlement.

At the height of the buffalo-logoed merchandise craze, the Squire Shop catalog (pages of which are featured on this page) featured hundreds of items with that iconic logo, from ties and sweaters to key chains and even a Buffalo Athletic Supporter. 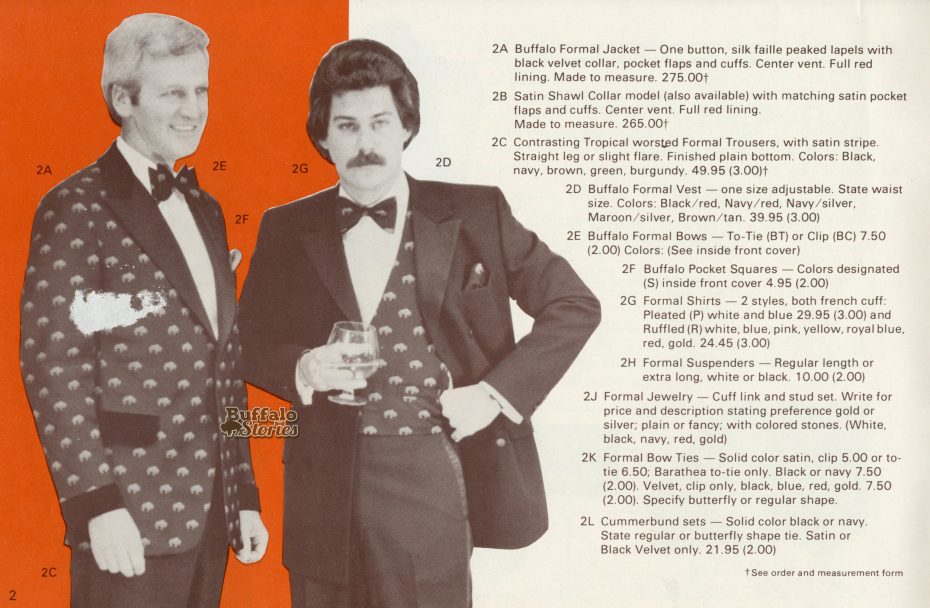