Bak USA, the Buffalo tablet maker that cut its staff by almost 10 percent earlier this month, did not pay its salaried workers last week because of a cash shortfall that executives blamed on a delay in receiving a $2.1 million payment on a big order from Africa.

President Ulla Bak said Bak USA strategically decided not to pay its salaried employees, who make up about half of the company's 113 workers, while continuing to pay the workers who produce its devices and to pay for the components needed to build them. Bak said the company will make its full payroll this week and going forward.

"The story here is about a delay in payment," Bak said in an interview at the company's offices on the edge of downtown Buffalo.

The two moves coming one on top of the other raise questions about the company's financial standing and whether it has enough cash to fund its operations, but Bak insisted Bak USA is solvent, that it remains in growth mode and that its sales are strong.

Bak USA has drawn considerable attention since Gov. Andrew M. Cuomo, during a 2014 visit to Buffalo, announced the company was one of eight accepted into the state's Start-Up NY tax-free zone program.

Bak USA, which officially opened in 2015, is one of the few companies, perhaps the only company, manufacturing tablet computers and laptops in this country.

The company bills itself as a social enterprise, producing affordable devices and employing refugees and immigrants to produce those devices.

Bak USA in January celebrated the hiring of its 100th worker. In return for operating virtually tax free for a decade, the company has promised to hire 267 workers by the end of next year.

Ulla Bak said the company did not pay its salaried workers last week because it was awaiting a $2.1 million payment for an order of 4,000 rugged tablets delivered to the One WaSH program in Ethiopia. Government workers will use the tablets to collect data on irrigation and sanitation programs.

The payment came through the African Development Bank, based in Ivory Coast, and Bak said last-minute haggling over technical details delayed it. J.P. Bak, the company's CEO and Ulla's husband, was in Africa over the past week to help settle the matter, his wife said.

That came just in time for a planned signing ceremony Tuesday in Ethiopia's capital, Ulla Bak said, that Bak USA executives, top United States trade officials and heads of other companies doing business in the country, along with representatives of Ethiopia's government, are expected to attend.

"For us, the most important thing is that it opens the doors for similar contracts and relationships in Africa," she said.

As the payment lagged, Bak said, the company didn't want to hamstring production by withholding pay from its hourly workers or from the companies that provide the device components.

"That is, of course, a question about the allocation of the funds of the company," she said.

She said salaried workers accepted this decision and that they will receive that pay once the Ethiopian payment comes through. The missed payroll and the terminations from earlier in June are not a sign of financial struggles, Bak said, though the private company does not disclose detailed financial information.

The company originally produced low-cost devices that worked on the Android platform and that primarily were aimed at customers in developing countries, but sales lagged.

In a shift, Bak USA in 2016 signed a partnership with Microsoft to create devices around its Windows platform. The deal allows Bak USA to target business-to-business sales opportunities, and bulk orders and to sell some products in Microsoft retail stores.

Bak USA sells a lot of its tablets to school districts, and Bak said this summer's prime buying season for K-12 schools is encouraging so far. 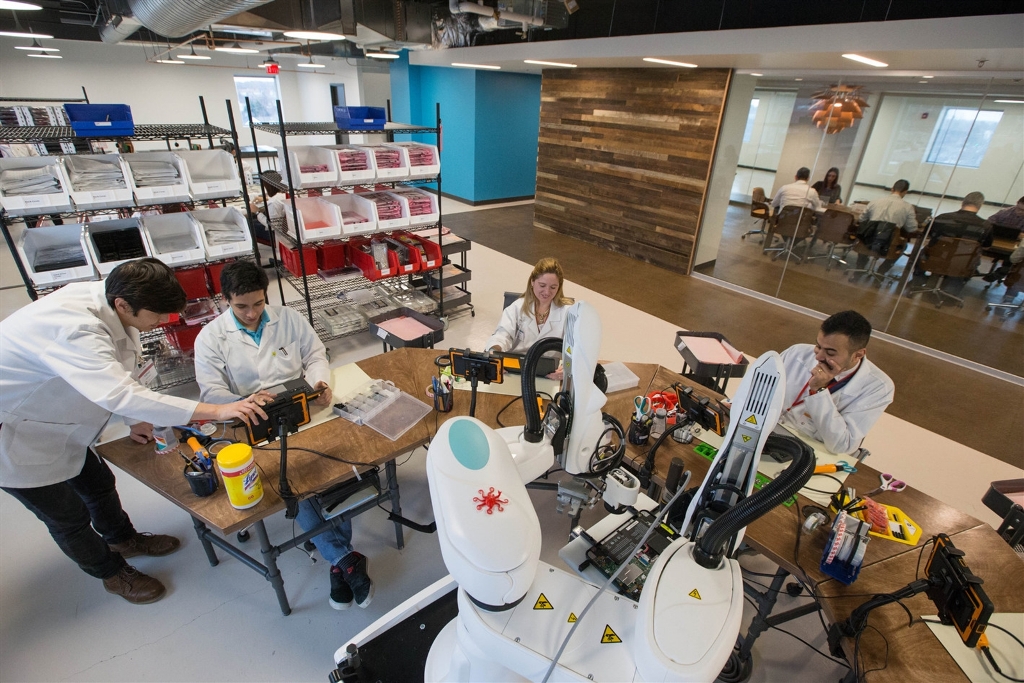 She said the company also is selling tablets to prison systems. Inmates use them as part of instructional programs, and the devices have to be customized with clear plastic casings to show nothing was smuggled inside them, Bak said.

She expressed frustration that Bak USA has had more success selling its devices in California, Texas and other states than it has locally. The company is awaiting acceptance to the state's approved vendor list, but she pointed to Buffalo Public Schools as an untapped market.

"Buffalo is not supporting our sales, for whatever reason," Bak said.

Asked what the company would do when the $2.1 million runs out, Bak said its volume of sales this year should prevent another shortfall.

The company has completed its series A round of fundraising but has not yet started its series B round, Bak said, though she said the company's ambitious growth plans will require further investment.

She said the company may even need more space in headquarters in McGuire Development Co.'s Compass East, the former Sheehan Memorial Hospital. A source familiar with the company's affairs said Bak USA is current with its rent.

Dating to 2015, the company has received three investments totaling $30 million from B. Thomas Golisano, the billionaire founder of PayChex and former Buffalo Sabres owner. Golisano as of last fall owned more than 50 percent of the company, Bak USA previously revealed.

The company would not say how much of Golisano's investment remains available for its use. The company said Golisano remains on the Bak USA board but would not say what percentage of the company he owns today. Golisano did not respond to a message left with a representative.

Bak USA is active on social media, spreading its message of social enterprise.

In another corner of the internet, on  the job search site Glassdoor, people who say they are current or former Bak USA employees offer a mixed view.

Ulla Bak said she used to view the anonymous Glassdoor comments, some of which criticize management's opacity, lack of communication and public-relations manipulations. But she came to believe they reflect the opinions of a small number of disgruntled employees, so she stopped reading them.

Ulla Bak said top executives have made an effort to be more open and engaging with rank-and-file employees, including holding town-hall style meetings.

She said the company is still young — it started barely 3½ years ago — and the founders and employees have built it from the ground up.

"Remember, this has not been done in the United States before," Bak said. "We're the first business that's doing this. Dell is not doing this. Apple isn't doing this."