Injuries stopped Michael Sendlbeck's landscaping career, but he didn’t want to just sit around, he said.

That's why he and his wife Robin decided to buy a shed and turn it into a popcorn stand, which opened in late May.

Despite the semi-rural setting, "We opened and got busy instantly, and haven't been able to do much of anything else," Sendlbeck said.

The Marine Corps veteran-turned-landscaper said surgeries slowed him down. "I can't just sit here and do nothing," he said, "so we decided on this."

"We haven't gotten into kettle corn because we've been so busy doing what we're doing," said Michael Sendlbeck. "We just got into caramel corn last week, and we can't keep it on the shelf." 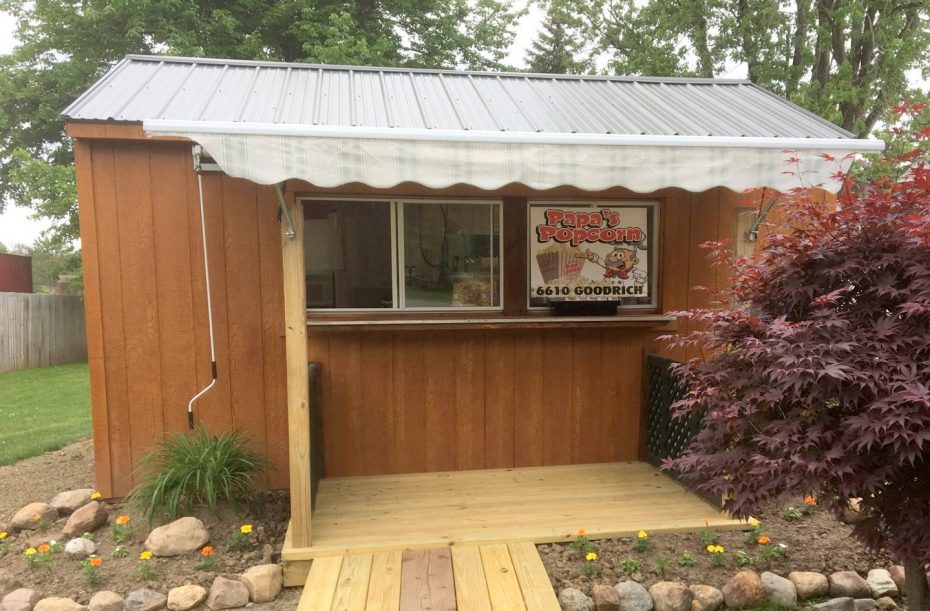 A shed-turned-popcorn purveyor popped up on Goodrich Road in Clarence. (Papa's Popcorn)

The building at 40 E. Niagara St. is feet from the Erie Canal, and will draw customers by water as well as road, since its front yard offers city-run boat parking.

Vincent Thompson, who led kitchens at BOSS, Buffalo Chophouse and Chez Ami, will offer pizza and burgers, but his menu goes much further.

Here's a copy of the opening menu: 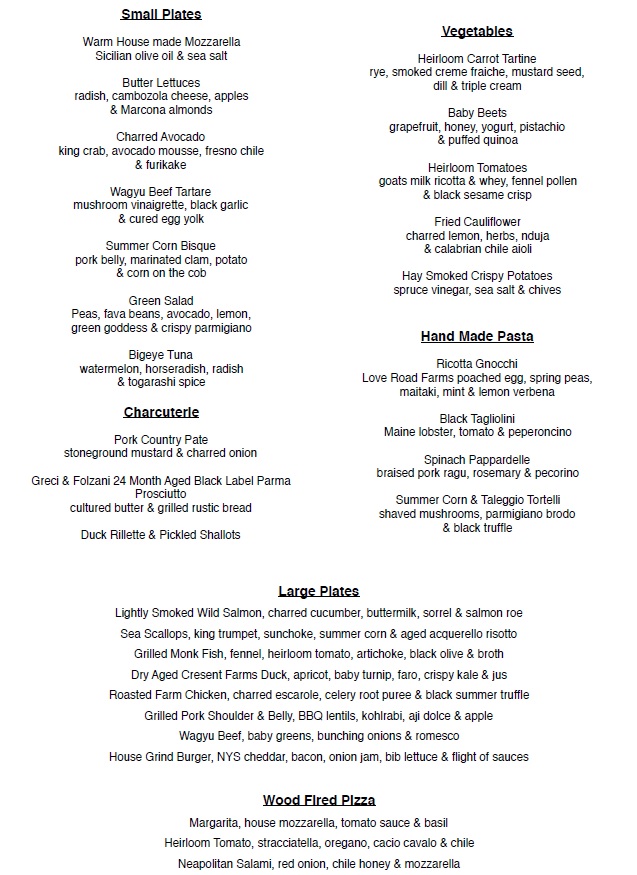 Liquor at Lait Cru: French-inspired West Side restaurant Lait Cru Brasserie has expanded its offerings, introducing liquor and custom cocktails, with a patio on the way.

The restaurant opened in 2016 in the Horsefeathers building, 346 Connecticut St. It previously offered wine, beer and cider with its menu.

Sarah Johengen, who is now Lait Cru's bar manager after stints at Oliver's and Sear, has developed a list of custom cocktails. Patrons may recognize her surname, because her father was Daniel Johengen, of Daniels in Hamburg.

The all-day restaurant offers dishes like sandwiches, salads and egg dishes for breakfast and lunch. French influences have grown even stronger in recent dinner menus. Bistro classics like French onion soup and steak frites have been joined by bouillabaisse, rabbit in mustard sauce and steak tartare.

A patio permit is pending, said owner Jill Gedra. When it comes through, Lait Cru will have a half-dozen patio tables.

The restaurant also stages Brasserie Brunch monthly, usually on the third Sunday. "We invite chefs from other restaurants to come in and cook brunch their way," said Gedra.

Adler reopened: After noting that Swabian German specialist Black Forest Adler closed temporarily this spring, I should have noted that the restaurant reopened April 18 and is back up to speed.

Clarence expansion: After finding an audience for its housemade Americana, This Little Pig is bursting at the seams.

The Clarence restaurant is taking over the plaza space next door to its 4401 Transit Road location.

A family restroom is also in the offing. The backhouse will get a dish room, allowing the cooks more room for prep work in the hot kitchen.

If all goes as planned, the new space will be introduced to customers in late September or early October.

At This Little Pig, New American cuisine that earns its name