It's not easy to solve the problems of employers struggling to find the workers they need, and, on the flip side, getting job seekers into good positions.

And that's why workforce development remains a top priority for the Buffalo Niagara Partnership.

The Partnership is attempting to make an impact, supporting an industry-led coalition called Employ Buffalo Niagara. The coalition wants to create a better system for matching employers eager to hire with workforce agencies trying to place clients in jobs, said Dottie Gallagher-Cohen, the Partnership's president and CEO.

"What we're trying to do is make sure that we get the people lined up properly, that the clients you have are qualified for or ready for the jobs they are interested in," she said.

Employ Buffalo Niagara is now in its second year and has 96 members, more than double the number a year ago. The workforce development push was highlighted in the Partnership's annual report to members, which was presented Thursday in Larkin Square.

Employ Buffalo Niagara is concentrating on three pressing issues this year: access and transportation to improve the ways workers access job opportunities; career awareness for the working poor as a way to reach low-wage and underemployed people; and maximizing public and private resources to achieve better results in workforce development.

Gallagher-Cohen said the coalition's efforts are vital to the local economy's growth potential. 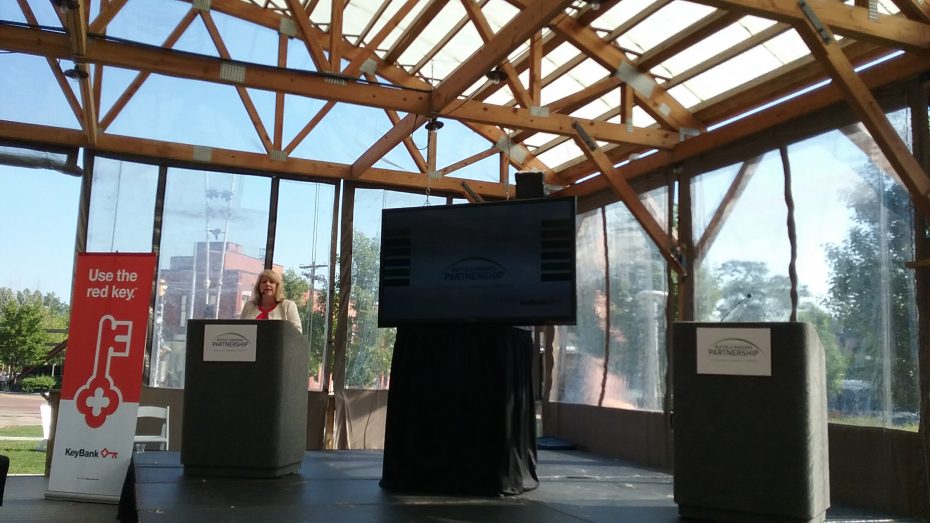 "You can't grow private sector jobs unless you have a workforce," she said. "It used to be, back in the day, does a community have land? Do you have incentives? Now the most important thing is talent. It's all about talent."

There's no question workers are getting harder to find. The 23,400 people who were classified as being unemployed during May was the fewest for that month since 2000, according to data released earlier this week by the state Labor Department. The region's overall labor force has shrunk by more than 38,000 people over the past decade, mainly as baby boomers retire and the region's overall population has stagnated.

In a related step, the Partnership has created a diversity and inclusion council, aimed at helping employers attract and retain a more diverse workforce. More than 50 employers have joined the council.

"Diversity and inclusion is a big part of the solution," Gallagher-Cohen said.

Gallagher-Cohen said the Buffalo Niagara region is at a "very critical point."

"We are feeling the renaissance here and we're seeing it, and we really are doing so much better as a community than we were even a decade ago," she said. "But when we compare ourselves to other communities, we have a long way to go, in terms of private-sector job creation, in terms of reducing regulation and taxes, in terms of creating jobs and a more inclusive economy where everyone can win."

Other highlights from the annual report to members:

• OneJet has had 138 flights between Buffalo and Albany, carrying more than 2,100 passengers in each direction, since the airline launched the service last February, said Kimberley Minkel, the Niagara Frontier Transportation Authority's executive director.

The NFTA had asked the Partnership to bring together business leaders and regional employers to meet with OneJet when the airline explored offering the Buffalo-Albany route, Minkel said. The Buffalo Niagara International Airport had lost that route almost eight years ago.

"Thanks to the feedback of Partnership members, OneJet knew the appeal of this service was the ability to travel from Buffalo to Albany and be back the same day," said Ken Kujawa, National Grid's regional manager.

• Art Wingerter, president of Univera Healthcare, will be the Partnership's next board chairman, succeeding Louis Panzica, CEO of Power Drives.