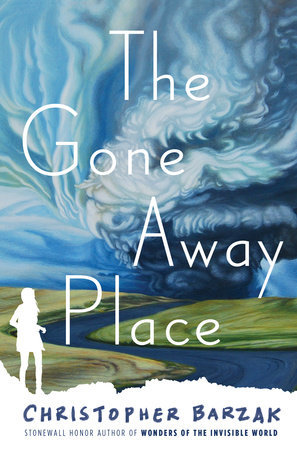 High school senior Ellie Frame, upset after a fight with her boyfriend, Noah, skips school and heads to the lighthouse replica outside her small town, where she falls asleep, only to awaken hours later to a series of frantic texts and then the terrifying sight of tornadoes obliterating the town, including the high school which explodes in a ball of fire. The eventual death toll includes Noah and her two best friends.

Locked in her grief and consumed with guilt about surviving, Ellie tells her parents “I’m fine” even as she attends her friends' funerals and sees her supposedly dead teenage neighbor playing basketball next door. Ellie was the photographer and head editor for the school yearbook, and she discovers that by allowing the dead to tell their stories, she can free them from the limbo they’re stuck in.

The chapters, told in the voices of the dead, show girls Ellie has known for years in a new light, and bring a kind of healing just in the telling. Barzak weaves a fascinating tale of parent-teen dynamics, in the dysfunctional relationships between mothers and daughters that are obvious to the teens’ friends but not the world at large. The novel takes a suspenseful turn when Ellie discovers the lingering spirits do not all have benevolent intentions. While the novel is terribly sad, it is also hopeful, as Ellie finds a way to move past her grief toward the future she and her friends had been dreaming of.

Set in the fictional small town of Newfoundland, Ohio, and partly inspired by the tornadoes that destroyed the author’s hometown of Youngstown, Ohio, in 1985, this poignant, remarkable novel comes from the Stonewall Honor author of “Wonders of the Invisible World.” 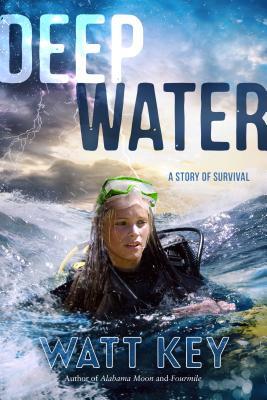 ...
This thrilling survival tale of a disastrous scuba outing comes from a master of survival adventures for young readers ("Terror at Bottle Creek," "Hideout").

Julie, daughter of a dive shop owner, is an experienced scuba diver at age 12 but when her father falls ill off the coast of Alabama, Julie must lead an obnoxious man and his spoiled 12-year-old son on the dive while her father stays on the boat. The clients pay no attention to her instructions, and when they all surface and find the boat has drifted away, it's Julie who must keep her wits about her and try to help them all survive the hazards of the open sea: hypothermia, dehydration, exhaustion and worse. Along with a gripping tale of survival, "Deep Water" offers well-drawn characters and a believable portrait of the friendship that develops between two adolescents in desperate circumstances. Watt Key is an experienced scuba diver and notes in the afterword that he was inspired to write this cliffhanger of a tale by a personal experience as a teen when he was almost lost at sea.

A British author-illustrator makes her picture book debut with this charming introduction to the hedgehog, which seems all the more exotic and interesting because hedgehogs do not live in the wild in North America.

Against detailed backdrops of garden and forest and sleeping village, McGuinness offers an entertaining and informative look at this nocturnal creature and her little hoglets, with such interesting tidbits as: "Hedgehogs have remarkably long legs. At top speed, they can run as fast as we can walk." Another entertaining page displays hedgehogs' favorite foods that are "probably not the same as yours": millipedes, flies, wood lice, worms. A note at the end explains the need to protect hedgehogs in the wild, adding that some U.S. states bar the keeping of hedgehogs as pets.