When Mike Bos built a go-kart from scrap metal as a teen, a neighbor was so impressed that he took him racing and became a sponsor.

He graduated from go-kart racing to drag racing in 1972. With a B-Econo dragster that he built himself, he set national records for elapsed time and speed on a one-eighth mile track at Lancaster Speedway in 1980 and 1981.

Eventually, he quit his job as a truck driver for Russer Foods, opened his own shop, Chassis Craft, and began building chassis for drag racers along with his sons, Jim and Mike Jr.

“He hooked up with some big motor guys, started building cars and made a name for himself,” his son Jim said. 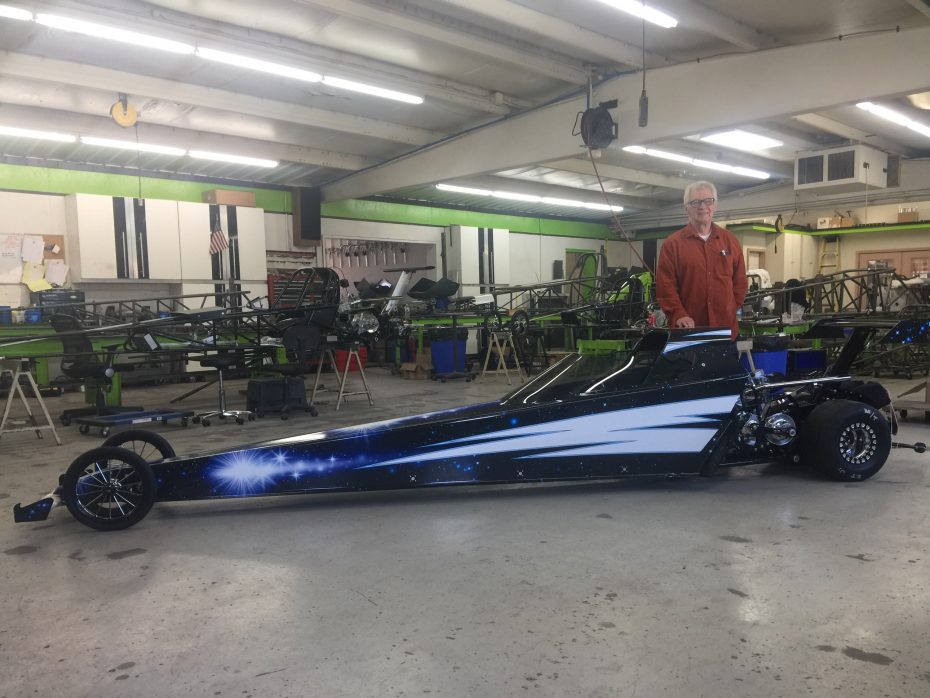 Mike Bos inspects a junior dragster in his shop before it is shipped to a customer in Hawaii. (Provided photo)

Born in Buffalo, he grew up in Sloan and was a 1965 graduate of John F. Kennedy High School.

Mr. Bos began building chassis for drag racers in his garage in Depew in 1981.

Encouraged by his customers, he began building smaller chassis for junior drag racing in the 1990s and it soon became the major focus of his Chassis Craft business.

“My father invested a lot into junior drag racing, since they are the future of the sport,” said his daughter Krystle, who raced juniors as a teenager.

“It’s evolved into almost 75 percent of our business,” Jim said. “We ship them to Australia, Sweden, the U.K.”

“The thing I like about the Junior Dragsters,” Mr. Bos told Buffalo News motor sports reporter Larry Ott in 1995, “is that the competition is family-oriented. And for those kids who are mechanically motivated, this gives them an early education and enhances their interest.”

Looking for a central location for his customers, he moved in 1999 to Bluff City in northeastern Tennessee, close to Bristol Dragway and Bristol Motor Speedway. His sons brought the Chassis Craft shop there from Depew in 2001.

Although he stepped back from day-to-day operations about 10 years ago, he remained active in the business until his death.

“He was the designer, doing drawings of parts,” Jim said. “He was the idea guy.”

In addition to his sons and daughter, he is survived by his wife of 51 years, Chris; another daughter, Denise; two sisters, Pat and Donna; and two granddaughters.

A celebration of his life will be held at 9 a.m. July 16 prior to this year’s Eastern Conference Finals at Bristol Dragway. 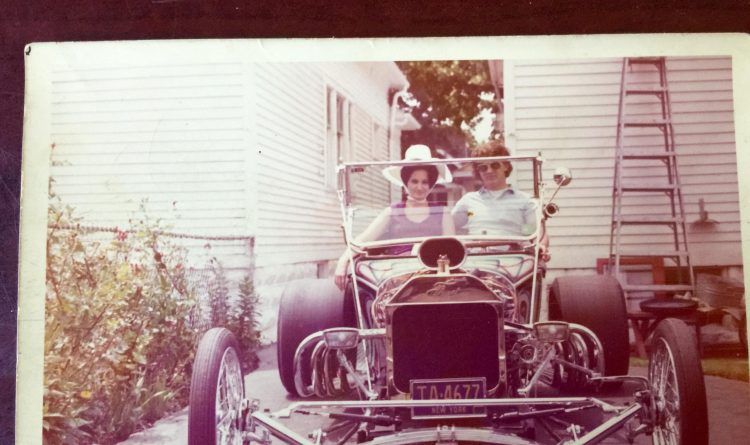 Mike Bos and his wife sit in the 1923 Model T roadster he built in her parents' garage in the 1970s.