Daniel Salvatore, 27, has been waiting three years to join the Buffalo Fire Department.

On Wednesday, his wait was over. Salvatore was one of 57 new recruits who joined the Buffalo Fire Department after months of grueling training that brought them into blistering, hot training sites and kept them up at late-night study groups.

But the hardest part for Salvatore was waiting to enter the academy.

"Of course it's in the back of your head while you're waiting," said Daniel Salvatore, 27, of Clarence, who believes he always had a call to serve, "we didn't know if we would make it or not."

The city administers the firefighters' civil service exam every four years – kicking off a lengthy process for joining the department. The last exam, given in 2014, was the start of a new beginning for these 57 recruits, who were vetted from 2,500 candidates.

Salvatore, like other recruits who said they were grateful to finally receive the call for the academy, felt like he "wasn't doing anything" for the three years he waited. Ronald Bourgeois, Buffalo Battalion fire chief, says anyone hoping to join the department can also expect a three-year wait time before completion.

The Erie County Fire Training Academy has undergone major changes in recent years: candidates must complete emergency medical technician training, which was made mandatory in 2012; the program was lengthened by three weeks; there is more equipment for training; and there are more officers to help train recruits.

Carla Duke has been a firefighter with the department for the last 20 years. With more hands on deck, Duke says that this class was able to get "personalized time and special attention from an officer if they needed."

"There's so much information we had to learn," said Roderick Williams, 30, from the East Side. "It was hard to take it all in."

Bourgeois believes this class could being the best prepared ever because of the additional training.

"We've given this class much more training," he said, "to make sure they're higher level trained firefighters when they leave." 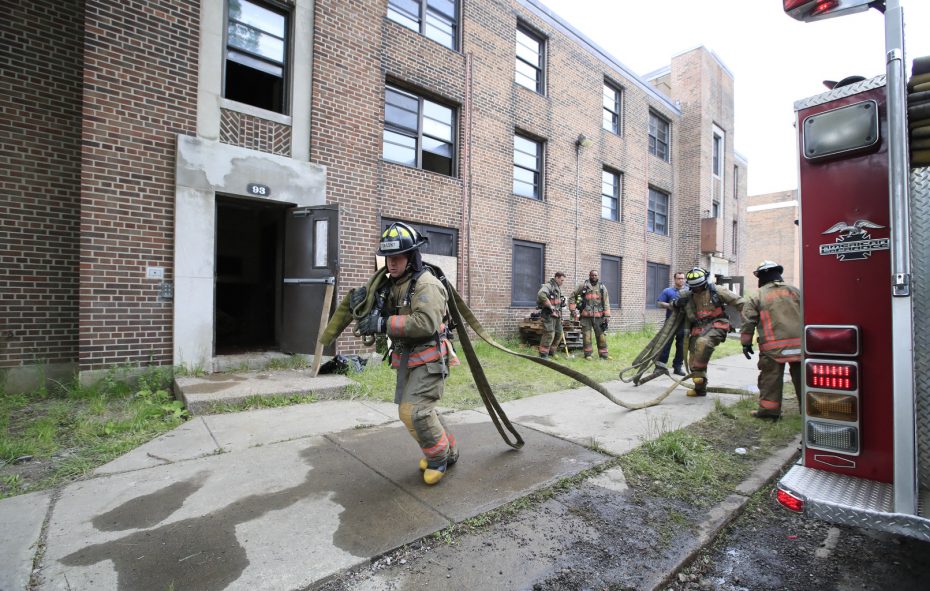 Tyrell Edwards, 39, also from the East Side, says that despite the late nights and early mornings, the biggest thing he will take away from his experience in the academy is the brotherhood.

Some recruits feel as though they have a bigger task than fighting fires.

Devron Hill, 27, of East Buffalo says, "As a black man, I just want to show that there are more ways to be successful other than what [you may] see in your neighborhood." 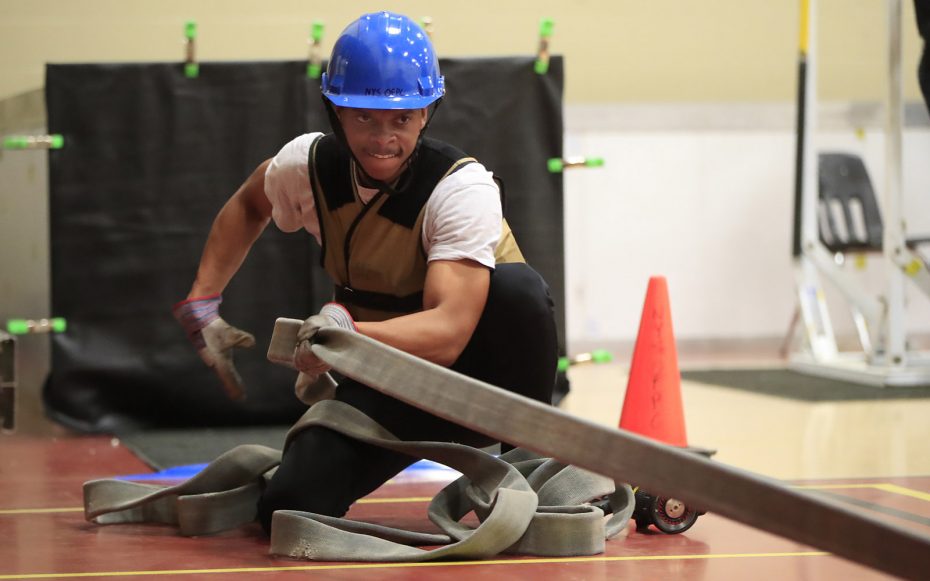 Tanika Mack wants to send the message that if you lead by example, you can do anything. The hardest part for Mack was pushing herself when she was already tired.

"Gender doesn't have anything to do with it," said the 35-year-old mother of two, "as long as you have willpower."