A watery path between the Niagara River and a soon-to-be developed marshy habitat on Unity Island was opened this week by the U.S. Army Corps of Engineers. 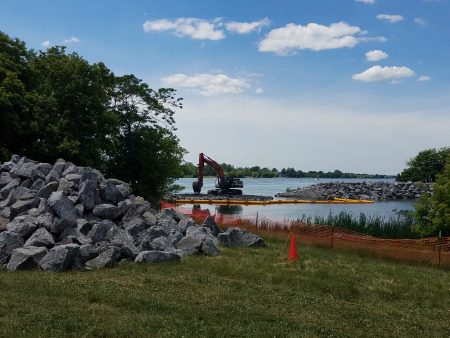 (Photo courtesy of the U.S. Army Corps of Engineers)

The Corps of Engineers announced Tuesday it opened a stone dike wall that separated the river from the pond for more than 50 years. The opening will let fresh river water into the pond and allow aquatic species from the river to access an emerging habitat on Unity Island.

The opening is about 50 feet wide. Corps officials said the stone that was removed will be reduced to build a reef at the bottom of the north pond.

Once too toxic, Buffalo River silt to be used to restore Unity Island