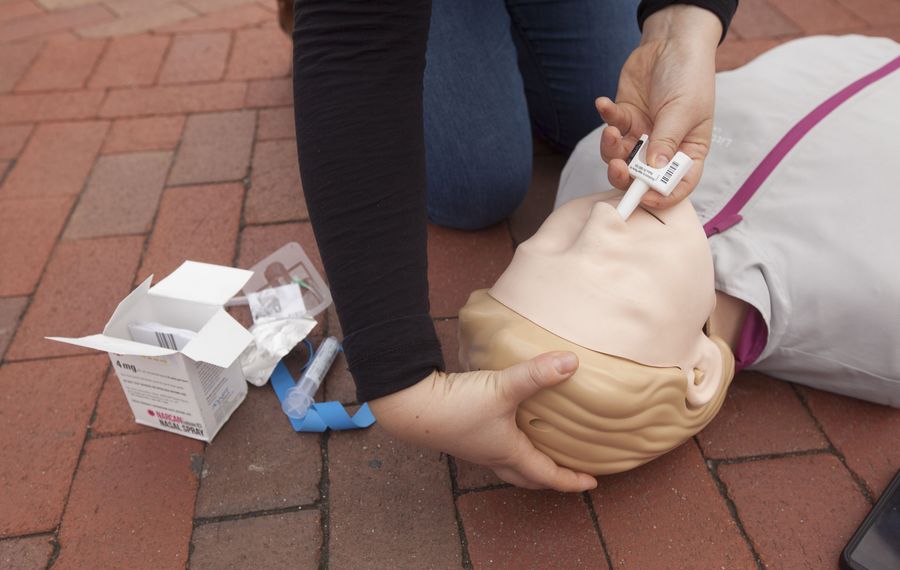 More than 21,000 first responders in Erie County, including officers in 11 police agencies, as well as civilians, know how to administer naloxone, the opiate rescue drug, to someone who has overdosed.

But patrol officers in four communities do not carry the lifesaving drug, and mothers who have lost children to opioid overdoses are asking them to place the drug in their patrol cars.

"We are a nation under siege and we need every public, private and faith-based organization to stand together to turn this public health crisis around," Debra Smith of the Erie County Opiate Epidemic Task Force told the West Seneca Town Board this spring. Her son died of an overdose. "Letting people die is neither educated nor admirable."

The number of people dying from overdoses in Erie County dropped last year for the first time in three years, and county officials attributed the decline to collaboration by local law enforcement, physicians groups, hospitals, government and community agencies and addiction treatment providers.

The rescue drug has been cited nationally as important in saving lives. U.S. Surgeon General Dr. Jerome M. Adams has emphasized the importance of naloxone, also known by the brand name, Narcan, in the opioid epidemic.

"Knowing how to use naloxone and keeping it within reach can save a life," he said in a public advisory.

The decision to carry or not to carry is one police chiefs throughout the country are grappling with as they confront the opioid crisis. An Associated Press article from 2017 noted that some police officials cite lack of resources for obtaining, maintaining and tracking supplies and for training in when and how to use it. They worry about taking on new duties they say are better suited for medical workers, divert them from fighting crime and can put them in danger.

But other police agencies who do carry it say that development of a nasal spray version makes naloxone simple to administer, that the $75 two-dose kits are usually given to them by health departments or community organizations, that it's not a major burden to track and maintain supplies and that it's a natural extension of their mission to serve and protect.

The debate is one that comes up in conversation among department heads, said Baldwinsville Chief Michael Lefancheck, who is president of the New York State Association of Chiefs of Police.

"We're a small community, our officers respond on every ambulance call," he said. "For us, we looked at it more as a public health issue. We would rather try and save someone's life than not."

Lefancheck said his officers often are the first people on the scene of a call, and have administered the drug. But other larger departments with paid ambulance and fire departments may decide not to carry naloxone, he said.

In the latter category are police officers in the city and town of Tonawanda, West Seneca, Orchard Park and Lackawanna. Police chiefs there said that's not because they are unfeeling or don't care. Medical first responders in their communities do stock it, and respond to every call of an overdose, they said.

"Since we have a fire department that has an approximate three-minute response time, a lot of times they are there before we are," Michel said.

He said Lackawanna citizens are covered.

"If we didn’t have a paid fire department, then I would have done it through the police agency," he said. 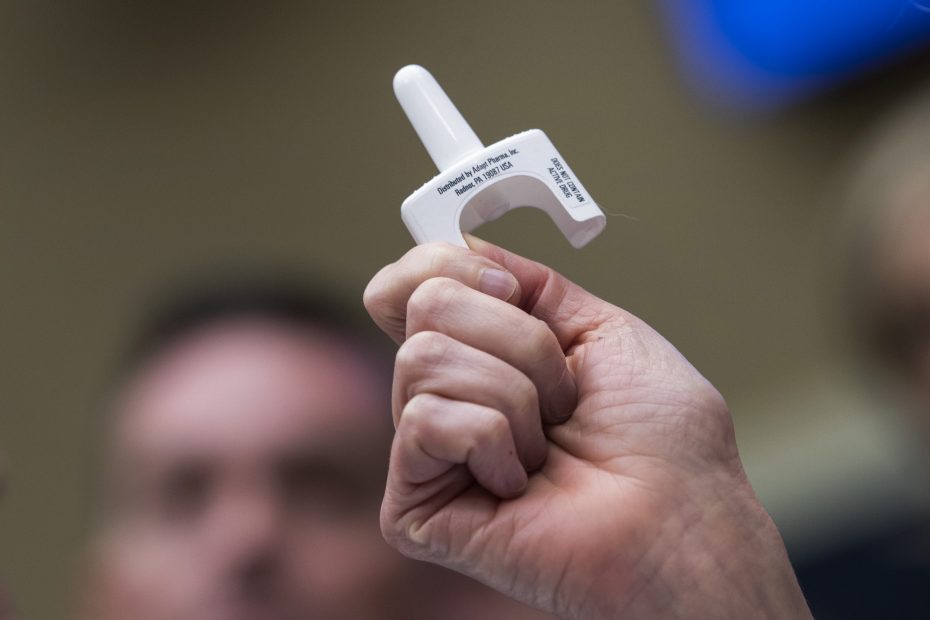 Erie County, which offers free training in opioid overdose recognition and the use of naloxone, wants the drug readily available in the community. And some note that in Buffalo, which also has a paid fire department, city police officers carry the rescue drug.

"This is strictly first aid, it's whoever gets there first. We don't think twice about teaching CPR," said Cheryll Moore, Erie County medical care administrator who conducts training in the use of the rescue drug. "We want to get someone breathing as soon as possible."

"We're not really rural or spread out, and we have the luxury of a paid fire department," he said.

West Seneca and Orchard Park police chiefs said that while the drug is provided free to first responders, that may not always be the case.

"At some particular point, it will not be free anymore and if we begin the program, the taxpayers of West Seneca will bear the cost. I've been involved in other programs through the county where that has happened," West Seneca Police Chief Daniel Denz said, "and traditionally that will happen again."

Orchard Park Police Chief Mark Pacholec sees the same issue with funding being discontinued. In addition to the cost of the drug, he sees a cost for annual training of officers to administer the drug. Police officers are called on everything from crisis intervention to social work, when the primary mission is to protect the public, Pacholec said.

"You can't be the master of all these things," Pacholec said. "If you want us to do our primary mission and do it well, that’s what we have to do."

"Today you're a marriage counselor, you’re a grief counselor. There's a lot of things they barely touch on in the academy," Michel, the Lackawanna chief, said of modern policing.

In the Town of Tonawanda, the paramedics unit operates within the police department and responds to calls with naloxone.

"We have a better system in place. We feel our system is adequate to effective handle the overdoses," paramedic supervisor Michael Baumgartner said.

"The need for us to carry them in the patrol car is never an issue," Tonawanda's Police Lt. Thomas Haynes said.

"It is not because we are turning a cold shoulder to any of this stuff. It is because right now, our model in our town for the first aid response, for the interdiction, that you're concerned about at the first aid level, is working," he said.

Erie County has made training people in administering naloxone a priority.

"This is a community response, we're all in this together. This is what's out there, this is how we save lives," Moore, of Erie County, said. "No one is asking them to become medical providers. It's just another tool in their belts."

More than 600 law enforcement agencies in New York have been trained and more than 230 had submitted usage reports to the state Department of Health in a three-year period ending in April 2017. The drug also is available without prescription in more than 2,000 pharmacies throughout the state, for those at risk of an overdose, or their family or friends.

Parents who have lost a child an overdose don't want any other parent to lose a loved one. That's why the mothers talked to the town boards in West Seneca and Orchard Park.

"We are asking for you to partner with us, in an attempt to try to save the residents of your community, of our community," Smith said. "Because there's no point in losing this number of people."