NEW YORK – Todd Howe may not testify, but jurors in the Buffalo Billion trial are learning a lot about the former Washington, D.C., lobbyist and his ties to Gov. Andrew M. Cuomo.

Howe was close to senior leadership in the the governor's officer and used the initials "A.C." when talking about Cuomo and "H.G." when referring to Cuomo confidante Howard Glaser, according to one of the first witnesses in the public corruption case.

Howe, who already has admitted guilt for his role in the Buffalo Billion projects, testified during an earlier trial and, until recently, was expected to testify in the case against Buffalo builder Louis Ciminelli.

Currently in federal prison, Howe was arrested during his prior testimony after admitting he violated his cooperation agreement by seeking a reduction in his hotel bill.

"He had a long-standing relationship with the administration," said Andrew Kennedy, a former state economic development official who worked closely with Howe and Glaser. "He had worked with many of the senior leadership folks during the term of Mario Cuomo and during the current governor's term in the federal government."

On Monday, during opening statements, you would have thought Howe was on trial. The defense repeatedly invoked his name to suggest that, if anyone is guilty, it is him.

It's no secret Howe was a central figure in the projects that gave rise to the allegations that Ciminelli and Alain Kaloyeros, one of Cuomo's top advisers at the time, engaged in a secret, behind-the-scenes scheme to ensure Ciminelli's company won the $750 million RiverBend project in Buffalo.

As part of a scheme to rig the bidding process, the two men are accused of drafting a request for proposals that would guarantee LPCiminelli's success. Ciminelli says he is not guilty of the fraud and conspiracy charges against him.

While on the witness stand, Kennedy testified that Howe was hired as a lobbyist to improve Kaloyeros' status within the Cuomo administration, an effort he claims succeeded. Kaloyeros' lawyers say Howe was not a lobbyist.

Nevertheless, Williams asked the jury to consider why Howe is not testifying and suggested the government is playing a game of hide-and-seek with its former star witness.

"Todd Howe was a close friend of Andrew Cuomo's," Williams told the jury. "He also had a close relationship with all of Cuomo's top aides."

As the trial before U.S. District Judge Valerie Caproni enters its second day, prosecutors are turning their attention to the board of directors overseeing the Buffalo Billion projects in Buffalo.

Dean Fuleihan, deputy mayor of New York City and former chairman of the board that oversaw the RiverBend project, took the stand late Monday and is expected to complete his testimony today. 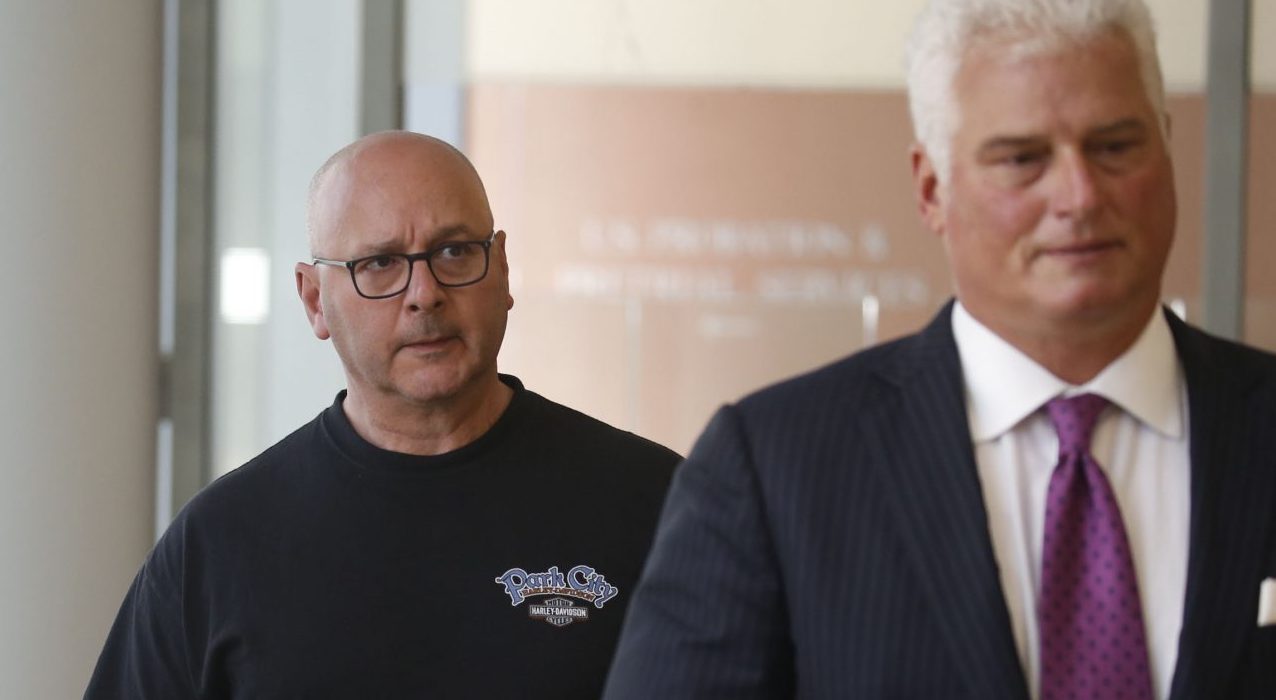 Louis P. Ciminelli, left, is escorted out of court with his attorney Daniel C. Oliverio after being arraigned in Buffalo federal court in 2016. The bribery charge has since been dropped. (News file photo)

He said Ciminelli joined the tour even though the project was considered preliminary and private, and rode with Kaloyeros. He said Kaloyeros also let it be known that he wanted Ciminelli to win the project.

Under cross-examination, Kennedy was asked if the meeting with Ciminelli was "secretive," and he answered, "No."

Unlike the initial indictment against Ciminelli and Kaloyeros, the charges at the heart of the case are different now and so are the defendants.

Prosecutors dropped bribery charges against all of the defendants and, in a surprising development two weeks ago, dismissed all charges against Michael Laipple, another former LPCiminelli executive.

The dropped charges against Laipple followed a plea deal involving Kevin Schuler, a third LPCiminelli executive. Described by defense lawyers as the government's new "star witness," Schuler will testify down the road.

Two other defendants – Steven Aiello and Joseph Gerardi of COR Development of Syracuse – are on trial with Ciminelli and Kaloyeros.

Star witness in Percoco trial ends up in jail for violating deal with U.S. Attorney's office