A former Niagara County probation officer, who was accused of stealing drugs from four convicted criminals he was supervising, pleaded guilty to two misdemeanors Tuesday and was promised he would not go to jail.

Matthew V. Fender, 44, has been diagnosed with Lewy body dementia, a debilitating disease which affects mental and physical capacities, according to P. Andrew Vona, who's Fender's attorney.

Vona said he isn't sure if the onset of the disease contributed to Fender's theft of drugs from 2015 through 2017. The diagnosis wasn't made until two or three months ago, Vona said.

Vona said he explained the situation to Buffalo City Court Judge James A. W. McLeod, who was assigned the case after three judges in Niagara County recused themselves because of past dealings with Fender.

McLeod scheduled a tentative sentencing date of Aug. 24 and said that based on what he knows now, "Jail would not be a part of the sentence." 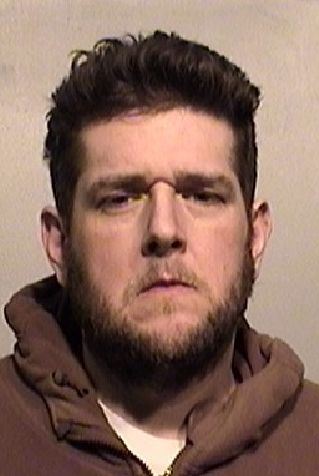 To settle the case, Fender admitted to two drug thefts from male probation clients in April and September 2017 and pleaded guilty to petit larceny and official misconduct. The maximum jail sentence would be two years, a year for each count.

According to the website of the Lewy Body Dementia Association, the symptoms of the incurable disease include hallucinations, trembling and loss of mental capacity.

"He can't write his name. He can read a little," Vona said of Fender, a Lockport resident.

Fender, a 6-foot, 3-inch, 290-pound man according to his arrest report, has made all his court appearances leaning on a cane.

Tuesday, he entered his plea while sitting down. He spoke slowly, moved slowly and appeared to be in pain as he stood and sat.

Fender was arrested Jan. 10 after a four-month investigation into complaints from the four Lockport-area people, all of whom were on probation for drug possession.

They said that between 2015 and 2017, they discovered that some of the drugs they had been prescribed to wean themselves off opiates seemed to have disappeared after Fender counted their pills and strips to make sure they hadn't sold any of them.

The stolen drugs included Suboxone strips and Subutex and Zubsolv pills, all of which are prescribed to help wean addicts off heroin or other opiates, and MYDAYIS capsules, used to counter the symptoms of attention deficit and hyperactivity disorder.

"I certainly suspect the disease had begun to affect him," Vona said of Fender.

In court, First Assistant District Attorney Holly E. Sloma offered no explanation for the plea offer. She said the DA's Office would issue a statement, but none was released.

In sworn statements, the four probationers all said they hesitated to report the thefts, fearing their stories wouldn't be believed by police.

Fender, who was placed on leave from his $73,000-a-year county job after his arrest, resigned in March, Vona said. He had worked for the county since 1998.

He was originally charged with one felony – tampering with public records – and 17 misdemeanors.