"We are honored that Lauren Belfer and Margaret Sullivan will appear together for a talk in Larkinville," said Leslie Zemsky, Larkin Square's director of fun.

Sullivan is a former editor of The Buffalo News. Belfer has written "City of Light," "And After the Fire" and "A Fierce Radiance."

"They look forward to returning to their beloved Buffalo hometown and using their skills as writers, researchers and reporters to interview each other on stage," she said. 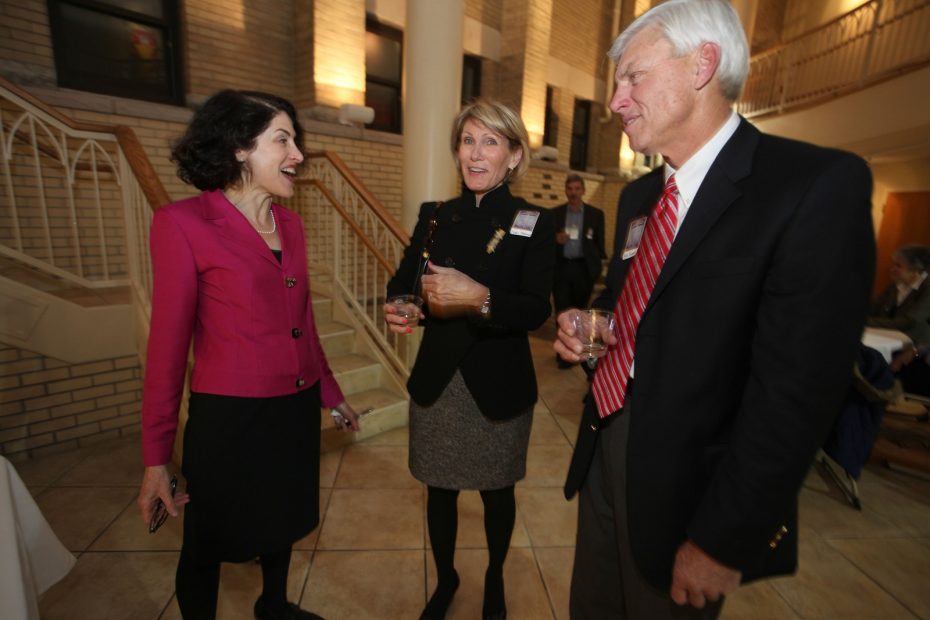 Lauren Belfer, left, talks to a student's parents at Buffalo Seminary, where she attended school growing up in Buffalo.