John Schaefer thinks about that day seven months ago every time he gets in his car.

The bullet hole in his dashboard won't let him forget.

On Nov. 14, 2017, he stood face to face with a man who had just sprayed a Dollar General store in Cheektowaga with 20 shots from an AR-15. The event had all the makings of another mass shooting, but Schaefer was the only person injured.

Before the shooting started, Schaefer encountered the gunman in the parking lot and got punched in the face twice for his trouble.

As the gunman opened fire, Schaefer tried to take shelter inside the store only to find the front doors wouldn't open, so he ducked for cover in a corner of the vestibule.

Moments later, after a flurry of bullets, the barrel of the rifle was a few inches from him, pointed at his torso. Pieces of shattered glass had cut up his face. He and the gunman exchanged words.

At that point, he didn't realize he had two bullet fragments lodged in his arm and shoulder. A police officer later asked him if he knew he was bleeding.

Schaefer, who recently turned 54, isn't sure how he didn't get shot again, even though he stood inches from a man who brought two high-powered rifles and more than 850 rounds of ammunition with him. He said he thinks the shooter may have emptied his gun of bullets firing at the building.

"I'm lucky I didn't get blown away," the Cheektowaga man said. 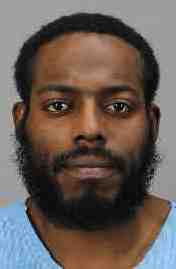 A video Green made prior to the shooting that was posted online shows him wearing face paint and holding two guns while audio from the film "The Purge" plays in the background.

In the days after the shooting, Green's mother, Viola Green, said her son had been going through a lot of stress, including a recent separation from his wife and getting fired from a job. Authorities have said Green went into the store on Gardenville Parkway, just off Union Road, to request a job application but became irate and went outside to his car, where he had the guns and ammunition.

Schaefer is still living with wounds from that day. He and his wife, Cindy, said they've dealt with significant stress because of what happened.

The two bullet fragments remain inside John Schaefer's flesh. Doctors decided not to remove the fragments because of the potential for nerve damage. At times, he has shooting pain in his neck. He's got lower back pain and has been seeing a chiropractor. Sometimes it's hard for him to sleep. Seeing his car every night when he drives to work as a cleaner at Daemen College makes the memories of that day rush back. He said he feels depressed.

His car windows got replaced, but because he didn't have his car fully insured, he wasn't able to get everything fixed on his vehicle. Two bullet holes in the rear passenger-side door of his 2007 Buick LaCrosse have been patched.

Schaefer was out of work for about a month after the shooting, but he said he can't afford to be off of work anymore.

The couple has set up a GoFundMe page accept donations to help pay some bills. Cindy Schaefer, who has been diagnosed with colon cancer, said the stress has forced her to stop her radiation treatments. The couple has gone deeper into debt.

"We're not looking for charity," she said, "but we do need help."

On the afternoon of the shooting, John Schaefer had just left a doctor's appointment and needed to buy some Styrofoam cups.

He didn't know he'd end up parked two spots away from the gunman's car.

After the shooting, Schaefer didn't remember everything that happened. In the parking lot, he saw the would-be gunman punch a female customer who had just exited the store. So he called police. The gunman approached Schaefer, who was on his cellphone, and asked him if he had a problem. Schaefer told him he was on the phone with his friend.

The gunman told him to get off the phone, but Schaefer refused. That's when the gunman punched him. The phone fell to the ground and the gunman kicked it away, but Schaefer was able to grab it with the call to police still connected, he said.

He tried getting inside the store. Then he saw the gunman pull a bag out of his car and drop it. That's when the bullets began to fly.

Schaefer said he remembers the gunfire and remembers it stopping. Then his memory jumps to the shooter walking away from him. It was only when Schaefer saw surveillance footage from the store during an interview with police that he saw himself exchanging words with the gunman in the vestibule.

"I was saying things like, 'You feel like a big boy now?' " Schaefer said. "I was saying other things to him that I don't even remember saying to him."

Two men who worked at a business across the street from Dollar General have been hailed as heroes by police. One of the men got in his car and tried hitting the gunman, who leaped in the air and was clipped by the car.

The sound of police sirens were getting closer. The gunman ran, but he was tackled by police as he ran along Union Road.

John Schaefer says he thinks about that day often, though he tries not to. Seeing his damaged car triggers those thoughts.

Both John and Cindy Schaefer say they still shop at that Dollar General.