Presiding Bishop Michael Curry knew immediately what his message ought to be.

Curry is the spiritual leader of the Episcopal Church in the United States. Representatives of Archbishop of Canterbury Justin Welby in Great Britain made contact with Curry's office last February.

There was going to be a royal wedding in May, with Prince Harry marrying Meghan Markle, an American. After discussions with Welby, the couple wondered if Curry – whose church is part of the England-based Anglican Communion – would offer a sermon at the ceremony.

This was an extraordinary moment. That meant a guy who used to say pretend Masses in front of his sister Sharon's dolls and stuffed animals in a Buffalo attic would be preaching in front of not only British royalty, but for a projected 2 billion – 2 billion – worldwide television viewers.

Curry said yes. He called his 14-minute sermon "The Power of Love," and he offered it in the passionate, cascading nature of the black American preaching tradition he embraced while growing up. A descendant of slaves, he quoted an old American spiritual called "There is a Balm in Gilead," and he spoke of how "unselfish, sacrificial, redemptive love changes lives, and it can change this world."

While his address was greeted with global applause, Curry saw the message as akin to breathing.

It is why he offered a strong response on Friday, amid statements from Trump administration officials that there is a Biblical basis for enforcing a law that separates migrant parents from their children after illegal crossings at the Mexican border, even if it involves seeking asylum. The bishop issued a statement that said the decision "is not the Christian way and it is not the American way."

Sean Kirst: From WNY to Windsor Castle, preparing to preach at royal wedding

In an interview just before Father's Day, Curry said that philosophy of love has roots in Buffalo, built upon the example of his dad.

"He really did believe that God put us here to be brothers and sisters," Curry said.

His father was also an Episcopal priest. Born in Alabama during the era of harsh legal segregation, his friends recall his warm, inclusive and vibrant vision of justice. Curry said his dad believed that love – by its absolute nature, in the way it was expressed by Jesus Christ – equates to a selfless effort to see another, even a stranger, as yourself. 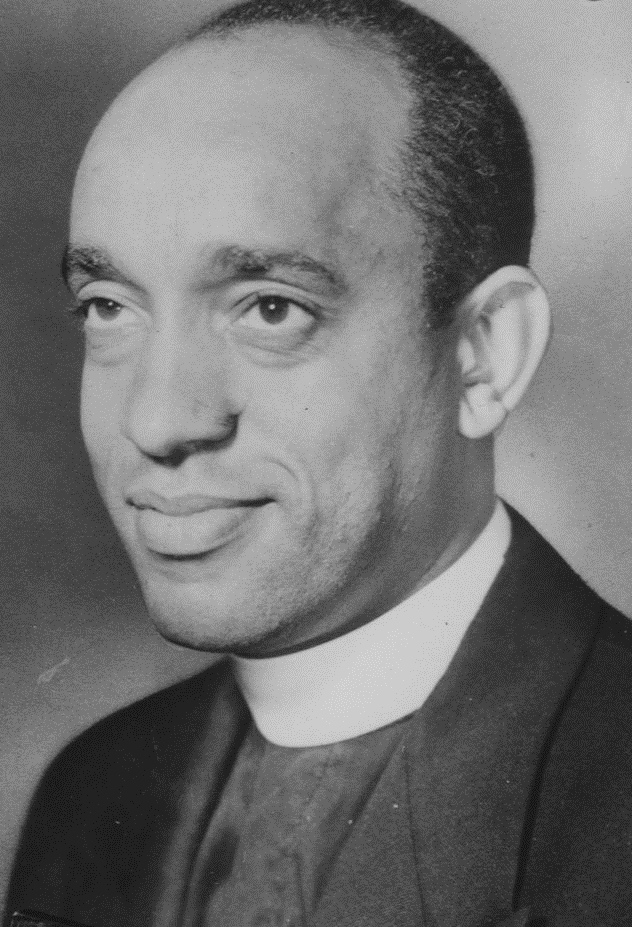 The Rev. Kenneth Curry was pastor of St. Philip's Episcopal Church in Buffalo. He and his wife, Dorothy, moved to Buffalo when Curry was 3. They lived at first in the Fruit Belt, a neighborhood with deep historic ties to the city's black community.

Curry – a Hutchinson Central-Technical High School graduate – said he is "always a guy from Buffalo." He shows his bonafides in the way he still casually pronounces Goodell Street with a distinct and old-school Buffalo inflection, or how he can tick off many names from the 1964 and '65 champion Buffalo Bills.

What he admires about his father, above all else, is the power of his example. When Curry was a child, his mother suffered a cerebral hemorrhage while the family was visiting relatives in Yonkers. She was hospitalized there, unconscious, for about a year.

The way his dad responded, Curry said, "was incredible, heroic." Kenneth Curry would be in Buffalo from Thursday to Sunday to care for his children and oversee his congregation, then drive to Yonkers to spend four days at the bedside of his wife, a back-and-forth the son knows now must have been utterly exhausting.

"He was a wonderful father," he said of Kenneth Curry, who was eventually able to move his wife to Buffalo. While Dorothy never regained consciousness, Curry remembers how his mother became a central part of the family routine. His dad would bring Curry and his sister to the nursing home several times a week, where they would watch television and eat dinner in Dorothy's room, and then pray as a family before they left.

At home, there were always books around the house. Kenneth Curry – who had never needed to cook – learned how to do it from friends and relatives. On Saturday mornings, he would prepare a big breakfast of grits, sausages and eggs for his children. "He could make some spaghetti," Curry said with emphasis, recalling his favorite childhood meal.

On weekend nights, they made popcorn at home and brought paper bags of it to the drive-in movie theater. Curry remembers how their father would often take them to Ted's for hot dogs. Members of the church stepped in to offer a hand, such as Josephine Robbins, who helped care for the children and remains close to Curry and his sister. 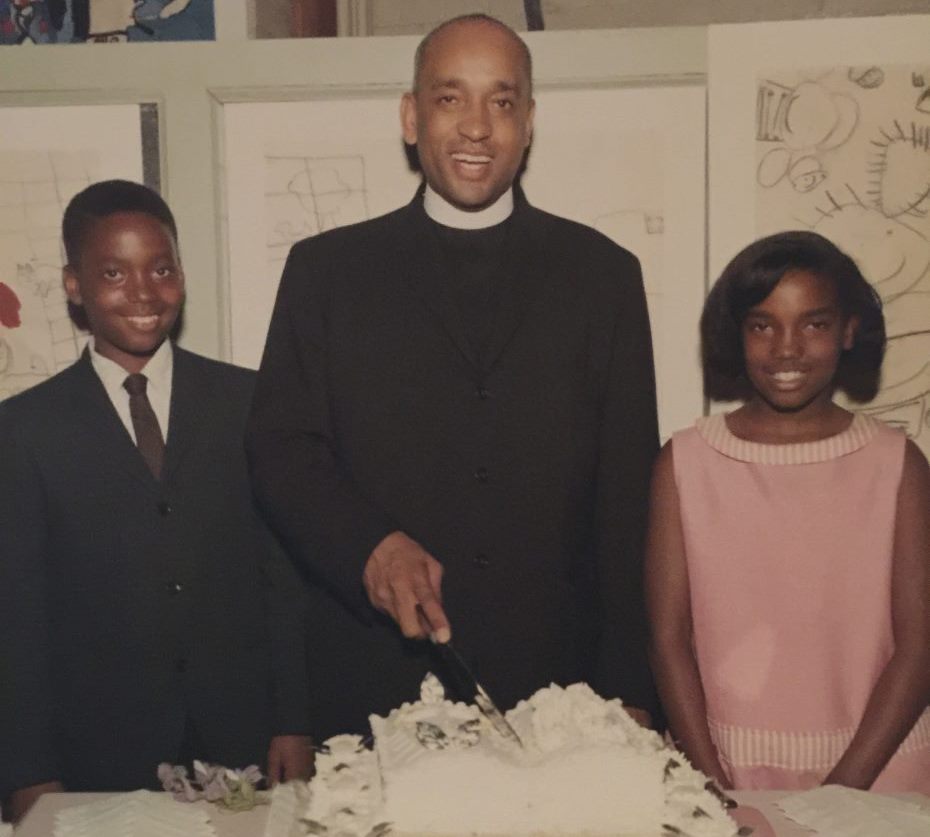 The Rev. Kenneth Curry in Buffalo with his children, Michael and Sharon. (Family photo)

"I was raised by a village," Curry said. He remains grateful for the concern of countless neighbors and parishioners, men and women who played a major role in the way that he and Sharon turned out. Their love and selflessness, he said, reflects a lasting template for the success of any child.

"That's how you form men and women of integrity," he said.

Curry raised two daughters with his wife, Sharon. As a dad, as a grandfather, he never forgets how his father was brought up in a historic generation, in a wave of aspiring African-Americans, hungry for education and opportunity, who finally pulled down the cruel walls of Jim Crow segregation.

For Kenneth Curry and his contemporaries, the bishop said, "part of the job was that if you climb, you must bring others up as well."

The son, watching the father, chose to follow the same calling. A few weeks ago, before an audience of billions that included England's queen, the kid who once played on the streets of the Fruit Belt quoted the Rev. Dr. Martin Luther King Jr. on how "love is the only way."

His father's lessons, Curry said, also call for standing up when the moment cries for it. On Friday, Curry sent out a tweet about American border policies, about the idea of taking children away from parents and placing them in government care. Curry noted how the New Testament teaches that “those who welcome the stranger have welcomed the Lord himself."

1/ For those of us who follow Jesus, his teachings are the final authority and Jesus said, “love your neighbor as yourself,” (Matthew 22:39) that “those who welcome the stranger have welcomed the Lord himself and are therefore blessed,” (Matthew 25:35)

Those are the kind of messages, Curry said, he has heard since childhood. His father was a proud graduate of Wilberforce University in Ohio, a historically black college named for the English politician who spent years confronting hostility and opposition as he fought against the British slave trade. 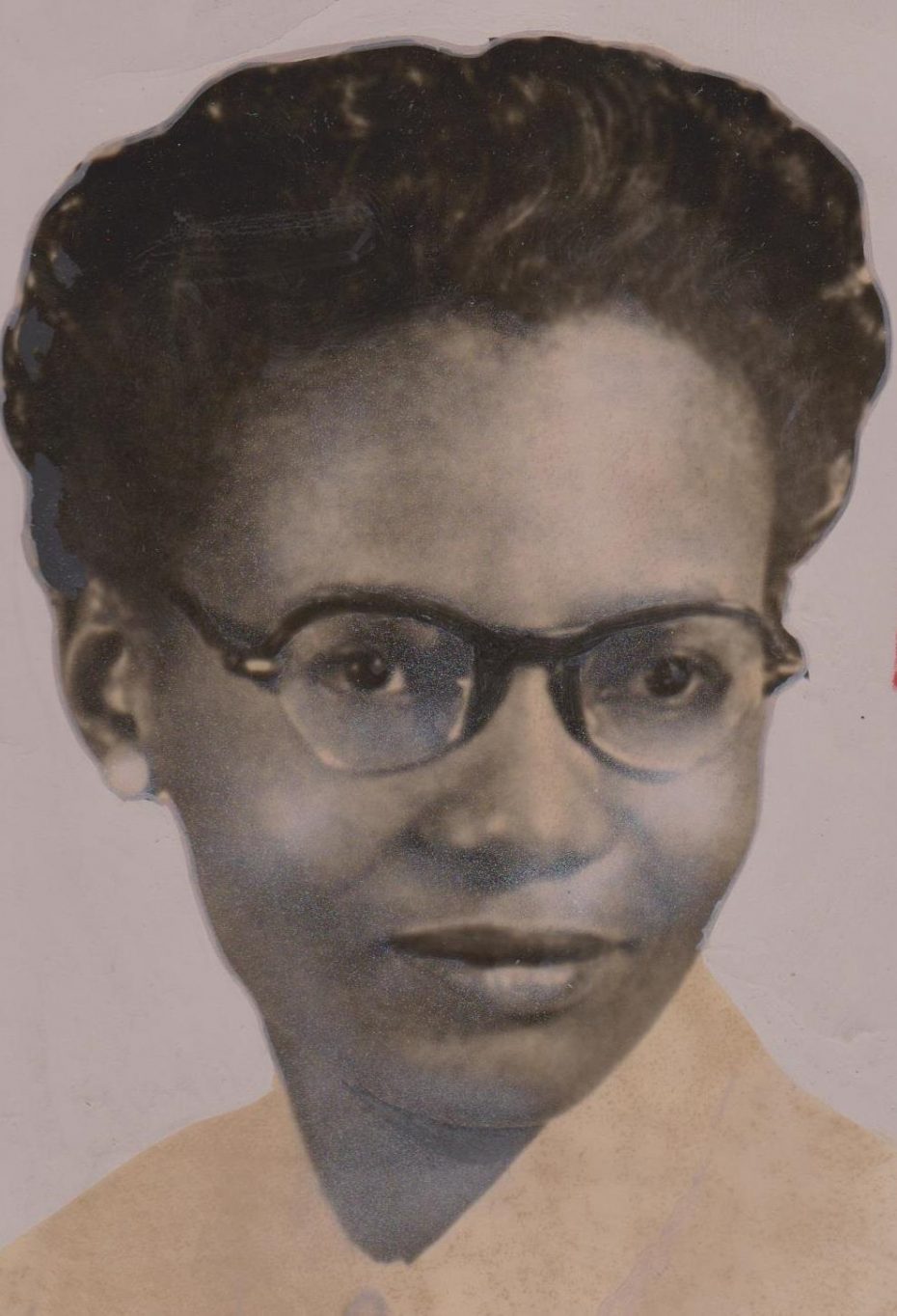 The Curry children grew up knowing that story, and witnessing their father's quiet grace amid struggle. Before the bishop's mother died in 1967, the cost of her medical care forced Kenneth Curry to take two jobs, both as a pastor and a teacher. He was going to work, caring for his children, looking out for his wife and leading his congregation, Curry said.

The father, who later became the city's director of human relations, died in 1990. Ask Curry for his most vivid childhood memory of his dad, and he remembers a moment when Kenneth, responding to some casual reflection from his son, turned to him and said, "The Lord didn't put you here just to consume oxygen."

Something about the passion in those words stays with Curry. He believes his father was saying that "we are both to be blessed and to be a blessing," that life itself is a gift of such magnitude it demands a higher purpose.

You are here for your family, for your brother and sister, for the stranger.

To Curry, that is love. It is a message he tried to share in Windsor Castle, for a global audience.

It is a message, shaped by a selfless example in Buffalo, that he will do his best to honor and sustain on Father's Day.