The evolution of the Western New York Flash organization from repeat professional women's soccer champions to a well-rounded soccer academy of both girls and boys teams, capped by a semi-professional United Women's Soccer side, has taken time, but the reinvention is making progress.

Take the Flash's three Elite Clubs National League (ECNL) girls youth teams that have qualified for playoffs in Seattle, Wash., as an example of the premier club's progress. WNY's 02 Girls and 03 Girls teams will compete in the Champions League playoffs from June 21-26, while the 01 Girls will clash in the Showcase Cup playoffs.

At the top of the pyramid, though, Western New York's UWS team - which faces New Jersey Copa FC (1-1-1) at 6 p.m. June 16 at D'Youville College's Dobson Field - is still finding its way.

After Gary Bruce helped the team navigate its first season in the amateur league, Matt Waddington was brought in from outside the organization to further raise the team's profile as Bruce focused on developing the boys side of the academy.

Waddington pieced together a squad of advanced current ECNL talent, recent Flash Academy graduates playing in college, club coaches with strong playing backgrounds and a growing collection of top collegiate talent from outside the area; ability is high but familiarity - at least initially - was low. 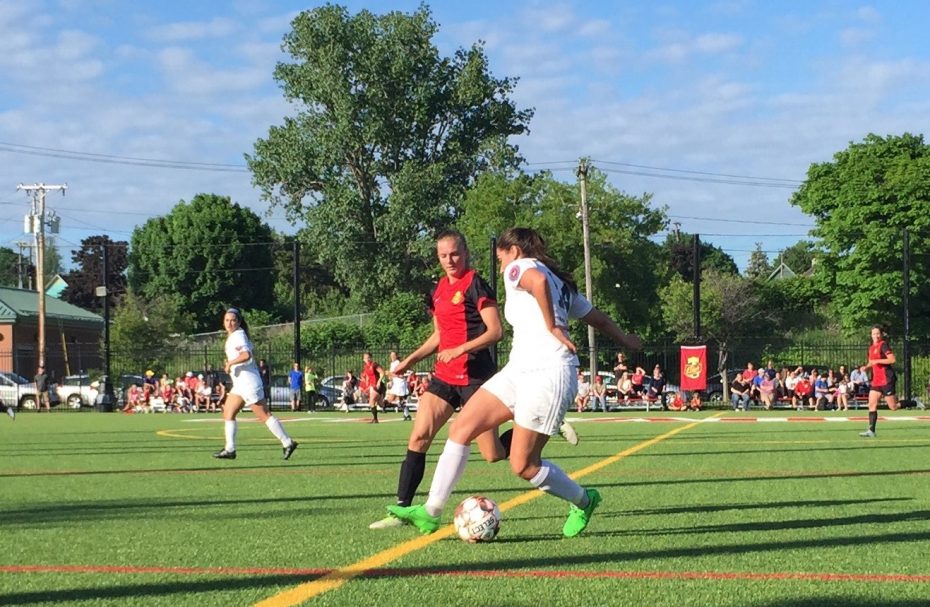 Following a first weekend that saw two wins - an impressive 3-1 result over reigning national semifinalist Long Island and a 3-0 win by forfeit against the NY Surf, whose home field was double-booked - the Flash's fortunes turned in their home opener, a 5-2 loss to a full-strength and more cohesive Long Island team that executed a plan to perfection.

"This time, [Long Island] was in a 3-5-2 but played their midfielders withdrawn and sat back and sat back, hoping to counter attack," Waddington explained when comparing the rematch to the season-opening win.

"We said we had to keep tracking runners, we had to communicate. It seemed like every [Long Island] goal was a counter attack of some kind, with someone running from a different place, whether it be the outside back or the central midfield. It was just about communication."

Returning All-UWS first-team pick Carissima Cutrona, who enters her senior season at the University at Buffalo, was more dismayed by how her side reacted to conceding.

"When we get a goal scored on us we have to change our mentality and take it to them," she said following the match. "We can't sit back and really have to go for 90 minutes." 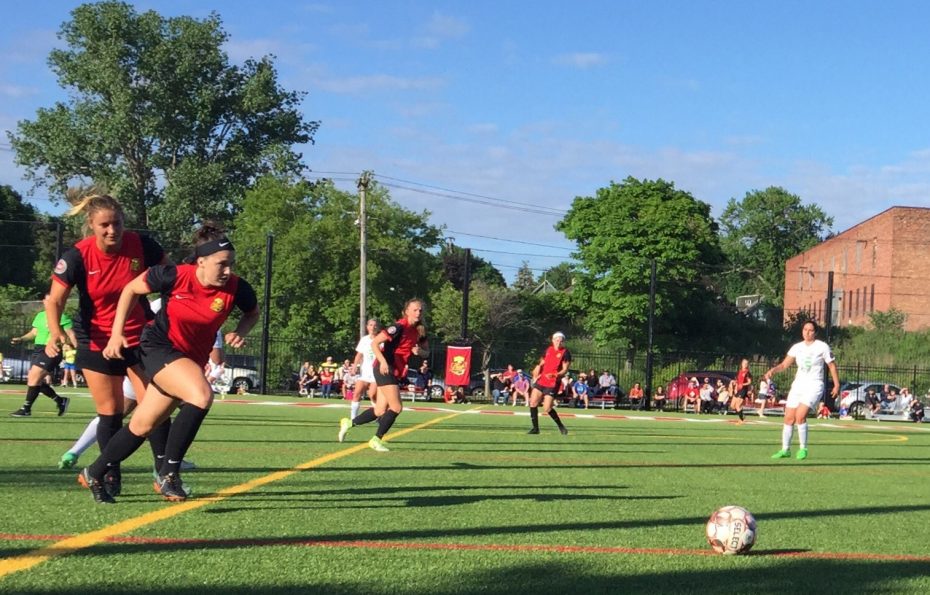 "We were blazing coming out - we had a goal, then one off the crossbar - then all of a sudden there was a total shift," Waddington recalled. "We lost someone who was a leader, someone who has experience, someone who communicates in the middle and settles things down. That can have a big impact, from the psyche of losing of one of your players or the stoppage of time and the flow."

Brittany Heist did just that, coaching her premier team to a 2-0 win, on crutches, in the rain, the day following the injury. That kind of commitment and care is one reason we can be hopeful about the future of Buffalo soccer. There are good people here. pic.twitter.com/9i1jls3pSB

With two weeks having passed since the Flash's rather demoralizing home opener, training sessions have allowed Waddington to work out kinks and breed familiarity in a roster that's noticeably different than last season.

Three NCAA Division I players from outside the immediate area will stick out to Flash fans. Center midfielder Charlotte Williams, a member of the United States U-23 women's national team and a soon-to-be senior at Penn State; center back Taylor Bennett, who just completed her junior season at Syracuse University; and holding midfielder Georgia Allen, Bennett's teammate with the Orange who was named to the England provisional squad for the U-20 World Cup, represent the three highest profile players in the Flash's brief UWS history.

Of the trio, Williams is the most dynamic offensively, smooth on the dribble, deceptive in changing direction and incisive in her passing. Watching Bennett distribute out of the back is impressive; she strikes the ball more cleanly and accurately - even in switching play - than most of her peers. While still waiting to make her home debut, Allen is reportedly a hard-nosed two-way player with some tooth in her tackles.

Erica Hubert, who scored against Long Island in the second meeting and is about to wrap up her Bowling Green career, plays a similar style to U.S. international Tobin Heath. The Ontario native puts herself in situations where she can take opponents off the dribble, creating space for her teammates and forcing defenses to scramble to keep their shape. 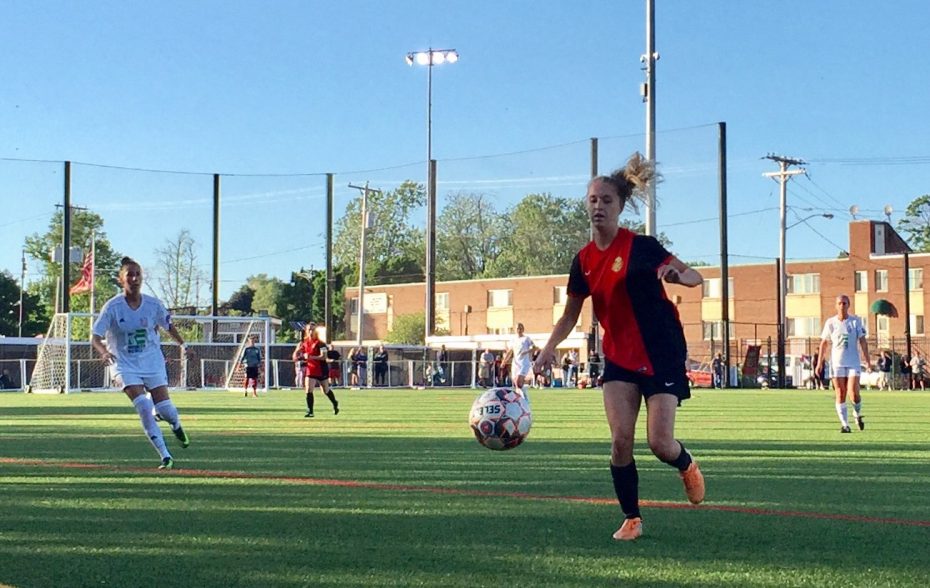 "There's so much talent on this team and it's super exciting," said Cutrona, who had to shoulder a remarkable burden in her first summer with the Flash.

The United Women's Soccer playoff setup leaves little margin for error, though, as only two teams in the nine-member East Conference qualify for the postseason. With the final seven regular-season matches scheduled over the next 30 days, the Flash have the opportunity and talent for a breakout campaign.