After 200 years, the region's largest suburb wants an official slogan.

There's plenty of fodder for a memorable motto. This is, after all, the town known for gridlock at the Big Blue Water Tower, top-rated schools, sprawling office parks, crowded retail corridors, the historic Williamsville water mill and go-go development fueled by tax breaks.

Start crafting an entry now, because the town will hold a contest to pick the winner as part of its bicentennial celebration.

"There's a lot about it that makes it unique, but what is that catchphrase?" said former Amherst Supervisor Susan Grelick, a member of the bicentennial commission. 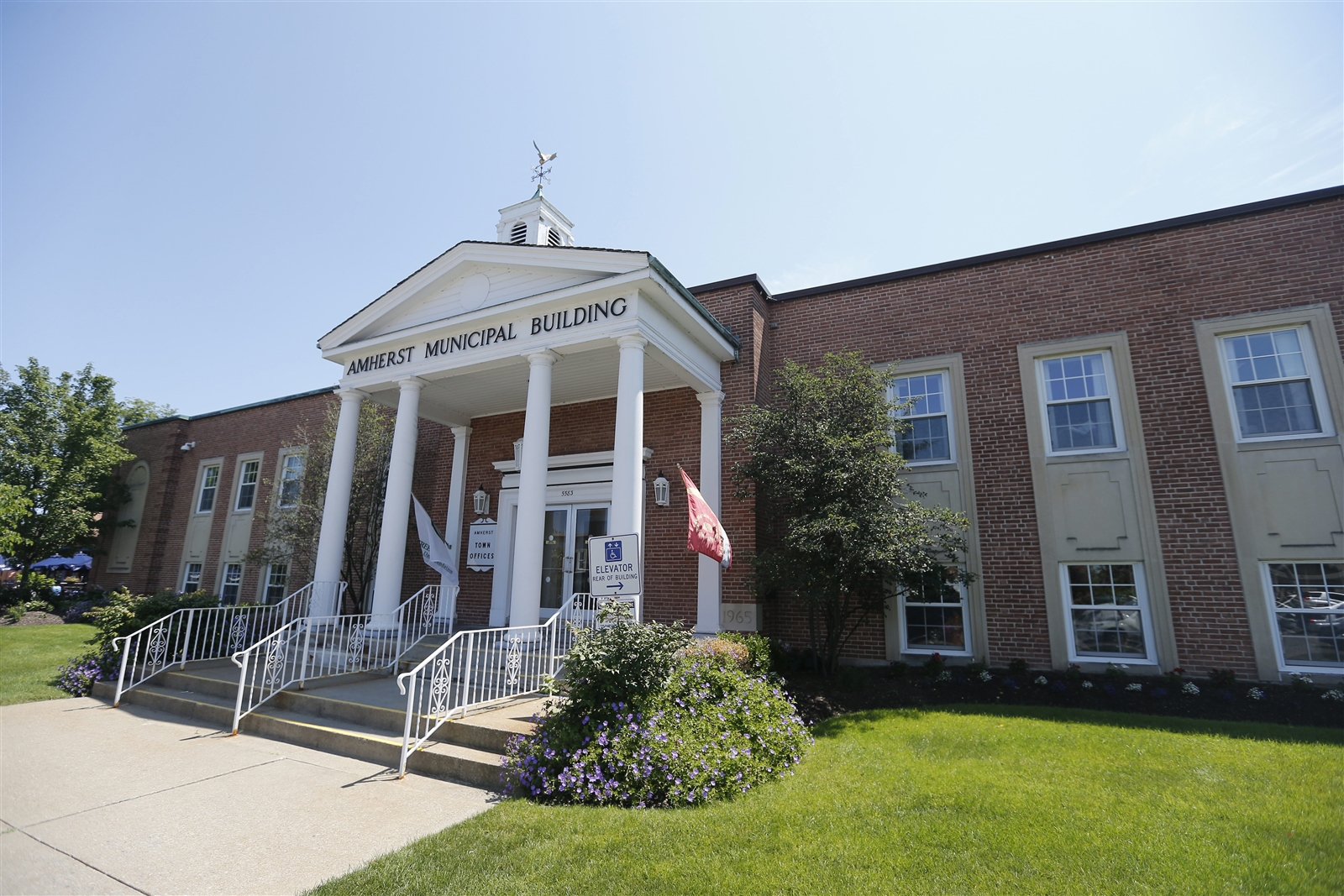 Other local communities didn't wait two centuries to pick mottoes of their own.

A survey of towns, cities and counties in the area found some don't bother with slogans at all while more than a few do employ messages meant to catch the public's eye. A good slogan, whether for a municipality or a company, needs to say something specific and make a connection with residents, visitors and customers, one marketing expert said.

"The idea is really, in just a few short words, it's going to capture the essence of who they are," said Lisa Strock, a senior vice president with the Martin Group and managing director of the firm's Buffalo office.

Amherst has, over the years, trotted out other phrases to tout the town. For example, the town trumpeted its ranking at, or near, the top of the list of safest cities in America in the 1990s and 2000s when that ranking was produced by Money magazine and later the Morgan Quitno Corp.

The Amherst Chamber of Commerce during Grelick's tenure as supervisor came up with a campaign around the slogan "Amherst Positively." Grelick said she still has a shirt with that message somewhere in her home.

Around the same time and for similar reasons the Amherst Industrial Development Agency started using "Amherst By Design," recalled Colleen DiPirro, then the chamber's CEO, "because everybody thought that all of our development was willy-nilly."

And Grelick remembered a homey slogan employed by the Amherst Police Department, "Large enough to serve you, small enough to know you."

But none took hold as a formal identity.

Buffalo has its own informal slogans, such as "the City of Good Neighbors," as well as marketing slogans that outside groups have developed for the city. The then-Buffalo Area Chamber of Commerce sponsored the "We're Talking Proud" campaign, including the jingle that burrowed its way into our brainstems in the early 1980s. And Visit Buffalo Niagara convened a committee that produced the "Buffalo: For Real" tourism slogan, and related video, that drew mixed reactions back in 2011.

In the Southern Tier, Cattaraugus County displays its "Naturally Yours to Enjoy" on welcome signs to the county. Erie County, for its part, does not have an official slogan.

Around the area, Cheektowaga doesn't have an official slogan, although it sometimes uses the nickname "Land of the Crabapple" because its name is based on the Erie-Seneca Indian word "Ji-ik-do-wah-gah," or "place of the crabapple tree."

Lackawanna doesn't have a formal slogan, but it has adopted the "Steel City" nickname and uses "Home of Father Baker" on its signs, said Mayor Geoffrey M. Szymanski.

But several towns do.

Companionship abounds in the Southtowns, where Orchard Park has "Town of Good Friends" and Hamburg has "The Town that Friendship Built." ("I don't think the Town Board has gotten the message," Tonawanda Supervisor Joseph Emminger quipped, referring to Hamburg's bitterly divided government.)

Emminger said the slogan reflects the town's striving to serve residents of every age and interest.

"People throw it back at me," he said. "It's a well-known slogan in our community and, I think, beyond."

Grand Island used to call itself "A Grand Place to Live, Work and Play," but decided the slogan was too similar to that of its neighbor, said Supervisor Nathan McMurray. So the town recently switched to "Heart of the Niagara," he said.

A lot of thought needs to go into a slogan, the Martin Group's Strock said. She pointed to Nike's "Just Do It" and Apple's "Think Different" as successfully capturing an essence of those companies.

"I think a good slogan has an emotional appeal to it," Strock said.

A municipal slogan should sum up something specific that sets it apart from other towns and cities, she said.

Strock said a key to picking a good slogan is getting buy-in from the community the motto will represent and launching it with extensive communication explaining the slogan's meaning.

An Amherst resident herself, Strock said she's glad to hear the town is holding a contest to pick the slogan. The Town Board approved the plan last week.

The town will start by soliciting entries from schoolchildren in Amherst, in a contest organized by Deputy Supervisor Francina Spoth. Grelick said the town won't turn down entries from the general public. People can contact Spoth at fspoth@amherst.ny.us.

"Why is it a special place to live?" Grelick asked. " What sets us apart from other municipalities?"

The contest is expected to wrap up by the fall, and the Town Board will have the final say on the selection.

A.J. Baynes, the current president and CEO of the Amherst Chamber, declined to offer his own idea for a slogan but said he welcomes input from the town's youngest residents.

"I will be interested to see what the future of America has to say," he said dryly.

For perspective, Amherst, Mass., which shares a namesake with the town in New York, has for a decade used the informal motto "Amherst, MA: Where Only the 'H' is Silent." A business group last year started an effort to pick a new slogan, offering $100 to the winner. The organizers never picked a winning slogan.

But the Massachusetts town, on its official website, does have a phrase of introduction:

"The Place to Visit, Live and Work."

Readers chime in with motto ideas for the Town of Amherst