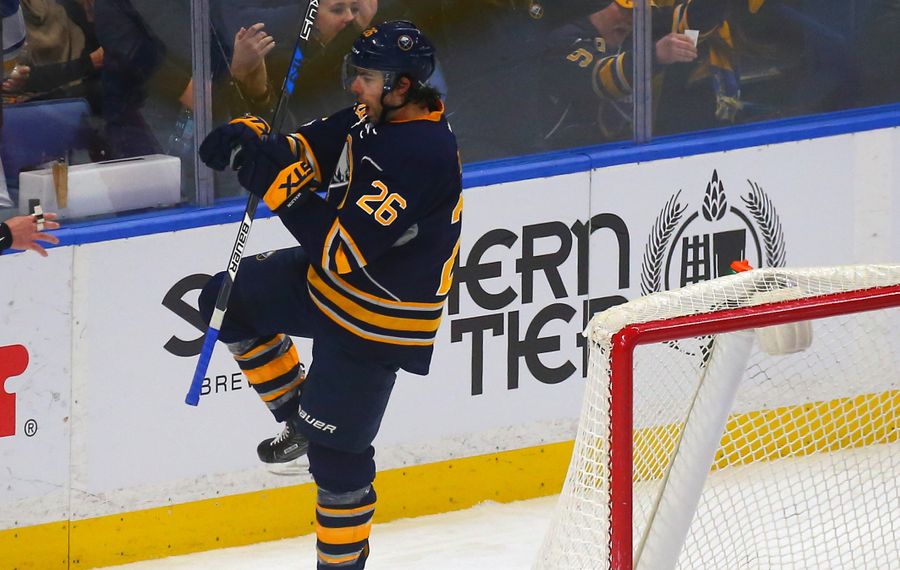 In spite of widespread speculation that veteran winger Matt Moulson was a candidate, Sabres General Manager Jason Botterill said Friday he doesn't expect the team to be involved in the NHL's buyout window, which runs until June 30.

"I don't have any interest in doing buyouts here right now," Botterill told The News on Friday while declining to address specific players. "With the way some of these contracts are structured, I prefer not to have a cap hit moving forward beyond this year. As I look at it right now, I don't see any need for a buyout."

Moulson, 34, has a $5 million cap hit for the upcoming season, the final year of his five-year, $25-million free agent deal he signed with the team in 2014 under former GM Tim Murray. But he is only owed $2 million in actual salary, plus a $1 million signing bonus.

The Sabres are likely looking to trade Moulson, perhaps retaining salary, or could loan him out again and save just over $1 million on the cap hit for 2018-19. 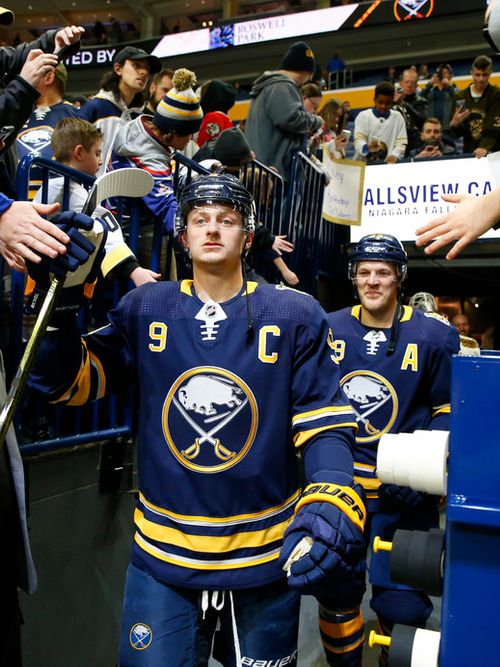 With 'city on his shoulders,' Jack Eichel flourishing in pressure-packed role Fri, Jan 24, 2020

At 21 years old, Eichel became the youngest captain in franchise history, a role that brings obligations on the ice, in the locker room and in the community.

The Sabres' seven-game preseason schedule was announced by the team Friday. It features home-and-home sets with Pittsburgh and Toronto, two games with Columbus and a neutral-site game with the New York Islanders in Oshawa, Ontario.

Ticket information for the two home games will be announced at a later date. The game in Clinton is expected to be nationally televsed on NBC Sports Network.

The game in Oshawa is a home game for the Islanders, at the site of star John Tavares' junior team. It was contracted last December, long before Tavares' status as an impending unrestricted free agent became one of the hottest stories in hockey.

The regular season schedule will be announced next week. Home openers will be revealed Wednesday with the full 82-game slate announced at 5 p.m. Thursday as part of a live show on NHL Network.

Ottawa assistant general manager Randy Lee, who was arrested for harrassment in Buffalo during the NHL Scouting Combine, has been suspended by the team pending his next court date for the charge. As a result, he will not be working for the team at the draft.

Lee was arrested May 31 and charged with harassing a 19-year-old man who was driving Lee's hotel shuttle by rubbing his shoulders and making lewd comments to him.

"Harassment in any form is unacceptable, whether it occurs inside or outside the work place," said part of a statement from GM Pierre Dorion. "As a result, and with all the care and caution required in such cases, we have spent the past two weeks listening carefully to, and consulting with our community, our fan base and our partners to understand their expectations on the matter.

"At the same time, we have worked with authorities in Buffalo, as well as with Randy Lee's lawyer, to ensure that Randy be granted the due process to which he is entitled. ... That said, since the questions that must be answered by Randy are unlikely to be addressed until his next court date on July 6, 2018, we believe the best way to live our values and enforce our standards of behavior is to suspend Randy Lee until the allegations against him are ruled upon by the courts."

The team statement noted there had been no complaints against Lee on any subject before or during his 23-year tenure with the Senators.

Now that the Washington Capitals have won the Stanley Cup, the NHL has announced the official order of selection for next weekend's draft in Dallas.

The Sabres, of course, will have the No. 1 overall pick on Friday night, with the festivities beginning at 7:30 Eastern time on NBC Sports Network. Rounds 2-7 start at 11 a.m. Saturday on NHL Network.

As Cup winners, the Capitals pick No. 31 in the first round. Western Conference champion Vegas does not have a first-round pick, as it was dealt to Detroit in February for forward Tomas Tatar.

Housley behind the Sabres' bench: The first year