The repair of dozens of hazardous dams across New York State has a hefty price tag.

Comptroller Thomas P. DiNapoli announced Thursday that municipalities may need to shell out a total of $360 million to patch up dams that could pose a significant flooding risk to residents.

And the only dam in Erie or Niagara Counties classified as both high-hazard and unsound by DiNapoli’s office is soon expected to fully meet all state criteria as part of an ongoing, multimillion-dollar fishery project.

Scoby is safe and Erie County officials believe there is no risk of its failing, said Brian Rose, senior projects manager of Erie County’s Public Works Department, on Thursday.

Rose said Scoby meets almost all of New York’s standards for an acceptably operating and safe dam. But the amount of force applied to the structure could, in some cases, be too great to fulfill certain state requirements, Rose said.

The amount of water pushing on the dam’s southern edge is part of that force, among other things such as ice in the winter or the self-weight of the structure, Rose said.

“This does not compromise the current safety of the dam,” Rose said.

[Related: Check the conditions of dams throughout New York State]

It’s reasonable and not unheard-of for a dam to meet most criteria, miss a few marks and still remain safe, said Alan Fuchs, director of the state’s Bureau of Flood Protection and Dam Safety.

The Department of Environmental Conservation’s latest inspection of the dam found it to be in “unsound — fair” condition, according to a letter sent to Rose by the Albany-based agency. The inspection noted a break in a section of Scoby’s concrete.

Andrew Kornacki, a spokesman for the U.S. Army Corps of Engineers, said a project that will lower a portion of the dam by 17 feet will address any concerns regarding Scoby. The project, which is estimated to cost just over $7 million, will allow steelhead trout to swim the full length of Cattaraugus Creek, Rose said.

The project is entering its final design phase, and Scoby will return to full state safety compliance when it’s completed, Kornacki said.

Construction is expected to start in 2020 and last six to nine months, the spokesman said. 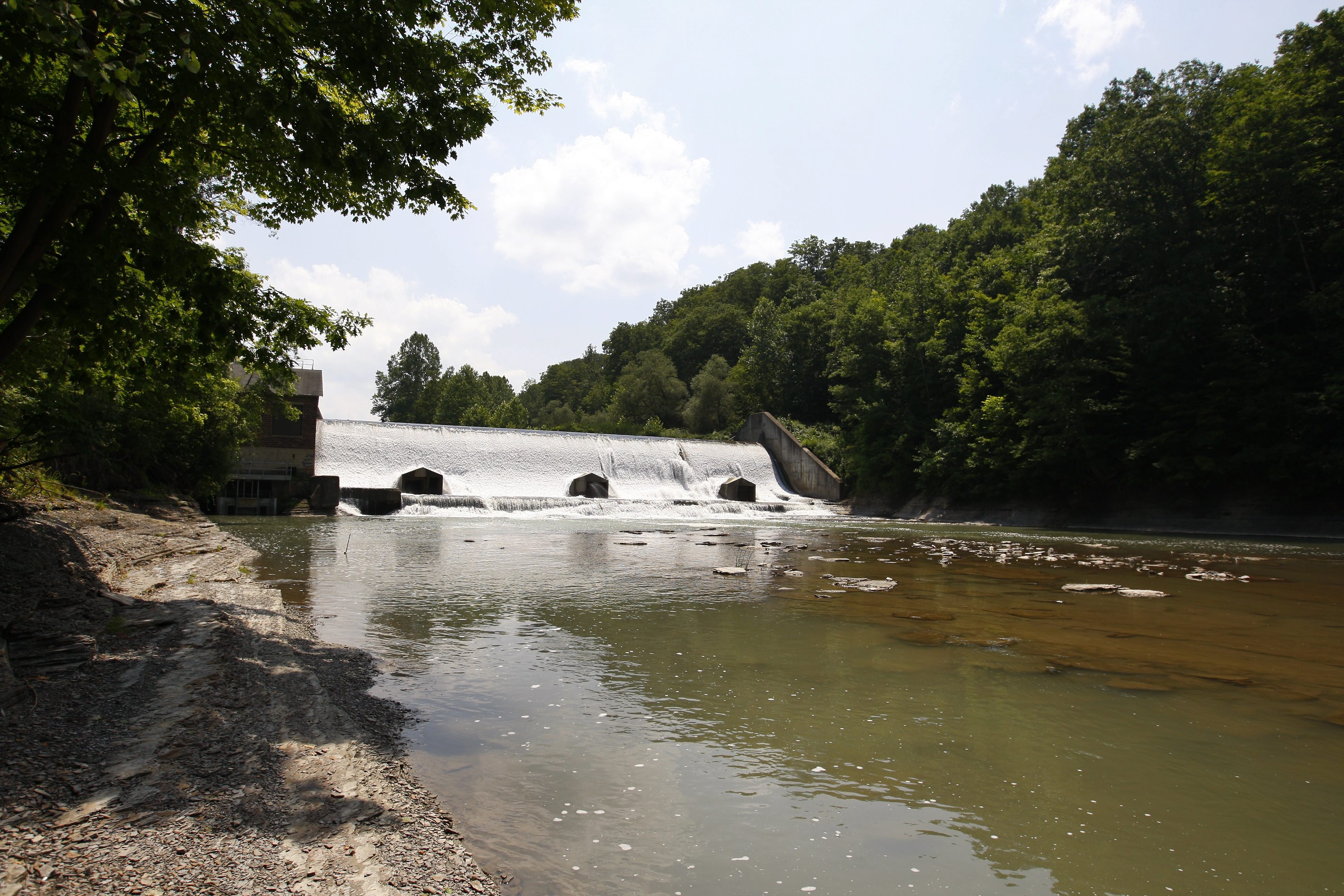 The U.S. Army Corps of Engineers’ primary objective is to protect the watershed and aquatic life, but structural improvements to Scoby are a secondary benefit of the project, Kornacki said.

Rose said that, after the completion of the fishery project, Erie County will apply to the DEC for a reclassification of Scoby as a Class A, low-hazard dam. It’s currently a Class C, high-hazard dam.

With significantly less water and pressure pushing on the dam, Scoby should be considered low-hazard, Rose said. The dam’s reservoir impounds about 52 acre-feet of water under normal conditions. (An acre-foot is the amount of water required to cover one acre to a depth of one foot, or approximately 326,000 gallons.)

There are 407 high-hazard dams in New York, more than half of which are owned or co-owned by local governments. Forty-six of those high-hazard dams are classified as unsound or deficiently maintained.

Regulations that took effect in 2009 require most owners of high- or intermediate-hazard rated dams to submit an engineering assessment, conducted every 10 years, to the DEC.

Scoby, built in 1920, was acquired by Erie County shortly after Springville stopped using it to produce municipal power in 1998.