David Ledesma has traded life on the Gulf Coast for the Buffalo area. It was a fresh start for both himself and the DuPont plant he leads.

Ledesma left OxyChem in Corpus Christi, Texas, to become plant manager at DuPont Yerkes in the Town of Tonawanda, a career move of about 1,700 miles. Ledesma succeeded local native Warren Hoy, who retired in January after serving as plant manager for more than five years.

The plant faced turmoil in 2017. Contract talks with the United Steelworkers union at the Sheridan Drive facility were rocked by the discovery of a notebook used by some members of the management bargaining team. Inside were crudely drawn pictures ridiculing union members. One drawing even depicted the plant being blown up.

Union leaders were outraged, Hoy denounced the pictures, and at least two managers of the bargaining team were fired. After negotiations got back on track, with a new management bargaining team, union members approved a four-year deal last September.

All of that controversy predated the arrival of Ledesma, who is serving as a plant manager for the first time. But he has worked in union-represented plants before, including sitting on management's side of a negotiating table. Ledesma said he wants to build trust with DuPont's workers, and build on their track record of innovation. 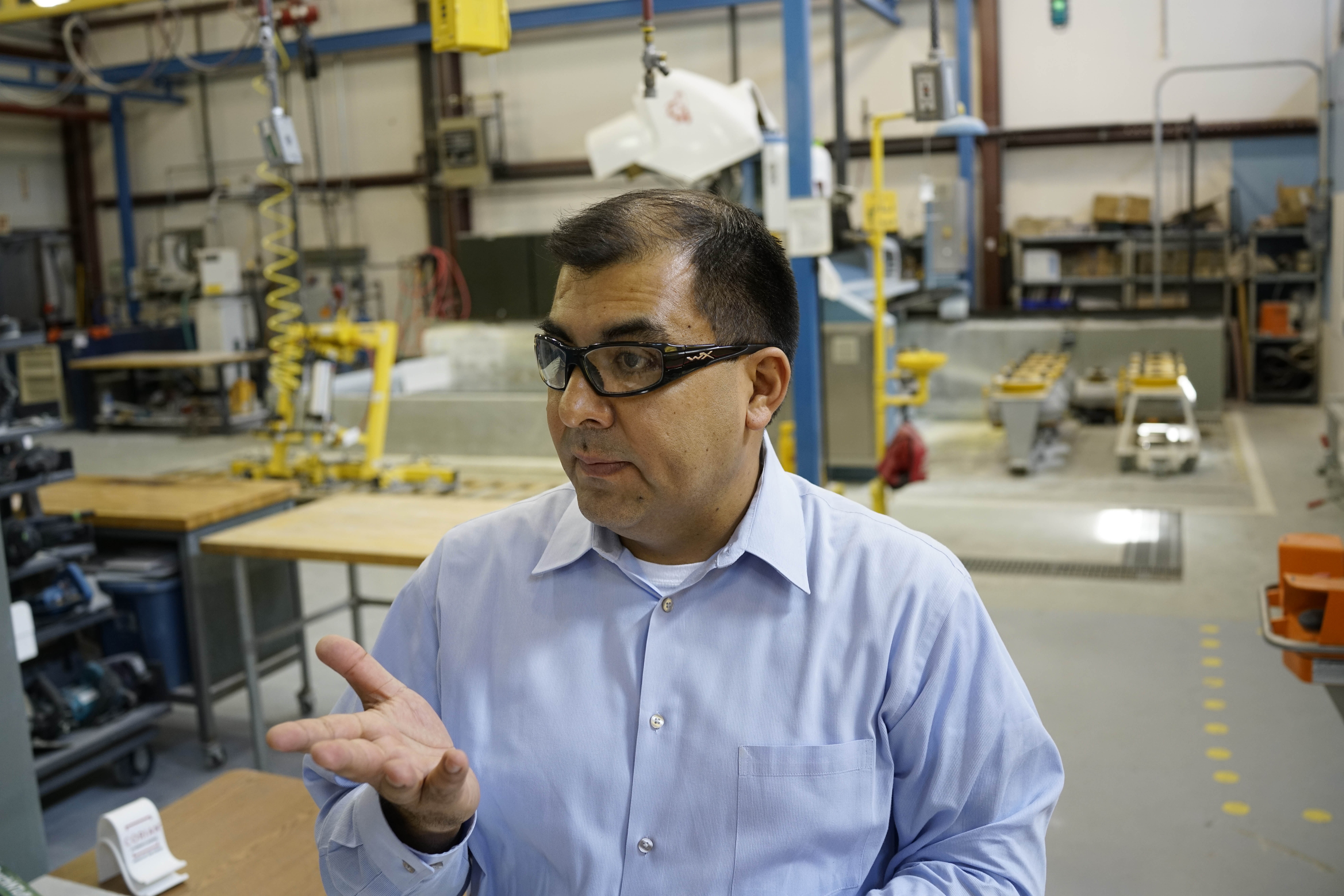 "I think trust is earned, not given," he said. "I think maybe I'm being given a pass, if you will, for being the new guy, but I know from experience that I need to earn their trust and that only comes by being there, being visible and working together toward getting better."

Ledesma, 45, now leads one of the region's largest manufacturers, a plant with about 600 workers, including 40 contractors. During the leadership handoff early this year, Hoy suggested Ledesma stay visible to employees and talk to them. Ledesma said that approach suits his style.

"I have an open-door policy," he said. "I am an engaging leader. I am in contact with the union leadership members, as well as the members themselves.

"I come into work at 6:30 in morning and I always tell them, 'Hey, come see me, or I'll go see you if you need me to,'" he said. "I try to make myself available, visible and work to resolve any issues or concerns that people may have."

Jim Briggs, subdistrict director with Steelworkers District 4, said he had a good first impression of Ledesma, and wants to get to know him better. "He seems to be willing to work with the union," Briggs said, adding that Ledesma has asked to meet with union's district-level leadership.

Briggs said relations at the DuPont plant were strained last year even before the contract negotiations began. An ongoing concern is the outsourcing of work, something which is not exclusive to DuPont, he said.

"We're hoping we can put an end to it and that everyone feels comfortable with people in-house doing the work," Briggs said.

While this is Ledesma's first time as a plant manager, he has worked as a front-line middle manager before. In his new role, Ledesma is learning to step back, to coach and develop people. "That sometimes can be hard, because I want to jump out there and do what I want to do," he said.

Ledesma arrives as the parent company, DowDuPont, undergoes a transition. Last year, Dow and DuPont completed a "merger of equals;" in the next phase, they will split into three independent companies. The Tonawanda plant will join a specialty products company, still under the DuPont name, that will separate by June 2019.

While Ledesma is a newcomer to DuPont, he has built a career in manufacturing.

The Lima, Peru native earned engineering degrees at the University of South Florida in Tampa, and an MBA from the Keller Graduate School of Business. Before joining Oxy, he worked at Lafarge North America, which makes construction materials.

An executive recruiter contacted Ledesma about the Tonawanda plant manager's job, and he was intrigued. Ledesma had no ties to the Buffalo Niagara region, although he does have a New York state connection: his wife, Lisa, is from Long Island. They have bought a house in Clarence.

The DuPont Yerkes plant makes Corian, a tabletop material, and Tedlar, a thin film used on solar panels and interior surfaces of airplanes. Ledesma said both product lines are healthy.

While Corian is known for residential applications like kitchen counters, Ledesma said DuPont actually has a larger market share on the commercial side. When new-home construction swooned during the Great Recession, DuPont saw the commercial market as a growth opportunity.

DuPont has accounts with prominent customers like McDonald's, Starbucks, Domino's and Apple, supplying Corian for their stores' counters and tables.

"We make about one million sheets of Corian a year," Ledesma said. "These big accounts buy sheets by the thousands."

And when those customers open new stores, he said, they expect to receive their Corian on time.

"Think about McDonald's and Starbucks," he said. "Do you think they want to wait because they don't have the Corian?"

DuPont promotes Corian for a wide variety of uses these days, including hospital operating room walls, backlit displays, and exterior cladding. The applications are sometimes artistic as well as functional. The new security building at the Tonawanda plant, which visitors and customers pass through doubles as a product showcase, clad in white Corian. 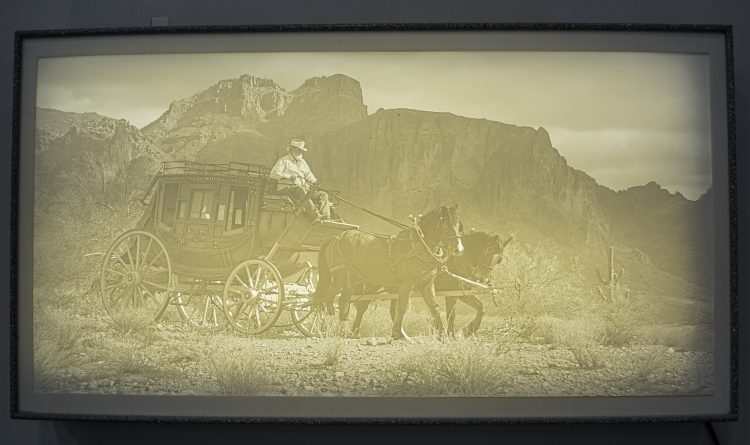 When Ledesma attended a sales meeting in March, he heard architects praise Corian for its variety of colors and for its patterns that extend throughout the product.

"Architects are our biggest partners," Ledesma said. "As customers go to them for designs, we want Corian to be part of the spec. Getting us into those specifications is a great place to start."

Ledesma said the Tonawanda plant benefits from having research and development operations on site, and puts that creativity to work. The plant isn't content to sit still, he said. "We do a lot of innovation. We don't like to stay stagnant. We like to be in front of the customer."

While Ledesma is new to DuPont, he sees the company as a "long-term strategic thinker," looking three or five years into the future.

"There is always that challenge to us to be thinking long term," he said. "You don't have a multimillion dollar facility like this just thinking about this year and next year."

Ledesma wants the Tonawanda plant to meet its safety, productivity and cost commitments, to make the site as appealing as possible to the parent company: "I like to think of my plant as the one DuPont wants to invest in."