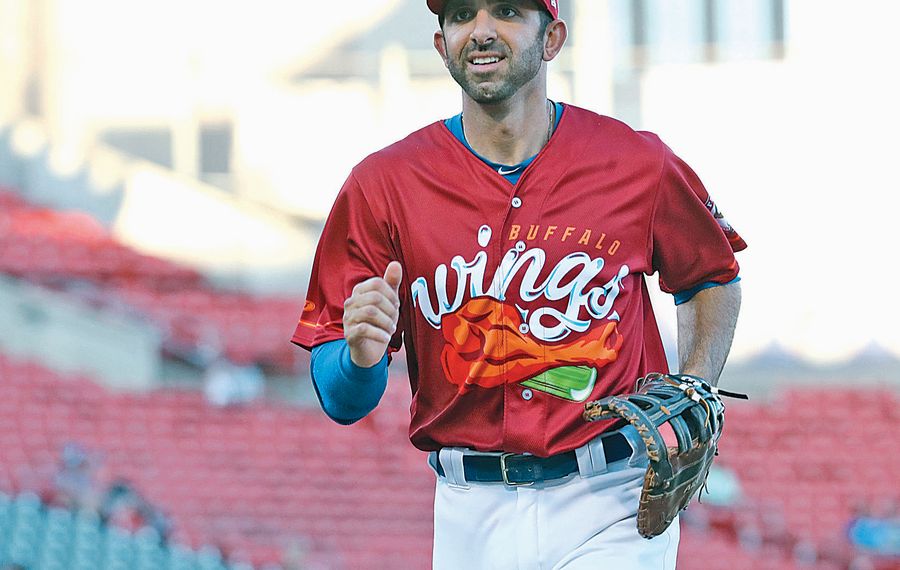 Murphy Smith was having trouble locating his fastball in the first inning. And that was enough to put the Buffalo Bisons on the losing end Thursday night.

The Rochester Red Wings scored three runs in the opening inning and held on for a 3-1 win over the Herd at Coca-Cola Field.

"They just jumped on us the first inning," said catcher Danny Jansen. "Vargas had a nice piece of hitting just slapping the ball into the six-hole (shortstop) and scored two runs. After that, though, he was very composed. He always has good composure and he's a guy that you can throw in the fire and he'll get it done."

The Bisons were in a position to counter in the bottom of the opening inning, loading the bases with one out, but Anthony Alford struck out and Rowdy Tellez popped out to leave the runners stranded.

Buffalo got on the board in the third on an RBI double from Jansen.

Roemon Fields had a beautiful play negated in the seventh when he led off by ripping a ball down the first base line into the right field corner. It was a double for Fields who used his speed to take third. It looked as though Fields was safe on the replay, but home plate umpire Mike Wiseman called him out. Bisons manager Bobby Meacham thought it was the correct call and a solid relay by Rochester to get the ball in from right field to third base.

"I was glad he went for it," Meacham said. "That's the way we want to play. He never slowed up. He was aggressive to go for it. It would have been a big play."

Point of interest: Blue Jays All Star Josh Donaldson is one step closer to returning from left calf soreness. The team announced that Donaldson flew back to Toronto on Thursday after spending time rehabilitating his leg at the team's facility in Dunedin, Fla.

Noteworthy: Alford and Tellez both left the game taking only one at-bat.

"Alford had his back tighten up on him," Meacham said. "I want to say it was in his first at-bat and it got progressively worse. Just precautionary to take him out so he can get some treatment and see how he feels tomorrow."

Tellez was removed after his first at-bat, the pop-out with the bases loaded in the first, when he failed to run out the play.

"We decided a long time ago as a team we're not going to settle for just being mediocre and we're going to run the bases hard and he didn't run the bases hard," Meacham said. "I didn't even have to take him out; he knew he was coming out."

Up next: Righty Sean Reid-Foley (1-1, 6.75) gets the start for the Bisons while righty Zack Littell (1-2, 3.38) is scheduled for Rochester. The series probables for the Bisons are Chris Rowley on Saturday and Taylor Guerrieri on Sunday with Rochester's Stephen Gonsalves and Aaron Slegers.