WASHINGTON – Rep. Brian Higgins of Buffalo said Wednesday that he will not back House Minority Leader Nancy Pelosi of California for another term as the top Democrat in the House.

"I will not support her," Higgins said in an interview with The Buffalo News.

Higgins cited the lack of a clear Democratic agenda as an alternative to President Trump, as well as Pelosi's lack of interest in his bills to expand Medicare and invest in infrastructure, as the key sources of his frustration.

"She's listening, but this is my conclusion: She's aloof, frenetic and misguided," Higgins said.

Higgins' surprise move makes him one of only a small number of House Democrats who have said publicly that they will not back Pelosi, who became the top House Democrat in 2003 and who served as the first woman speaker of the House from 2007 to 2011.

To hear Higgins tell it, though, a significant number of other Democrats in the House share his sentiments but have not yet gone public with them.

"I'm giving voice to a frustration that I hear every single day," he said. "It's members. I don't want to call anybody out. But this is the conversation that is taking place."

Higgins' said his disappointment in Pelosi stems in large part from what he sees as his party's weak efforts to develop a compelling alternative agenda to that of Trump, a Republican.

"Our leadership is out of touch with what is going on not only in Pennsylvania, Ohio and Michigan but in Cheektowaga, West Seneca, Hamburg, Orchard Park and Lancaster," he said. "Democratic voters at least and voters writ large feel politically homeless, and it's because we are not offering something affirmative to give people hope and something to invest in, in the way that we want to do things." 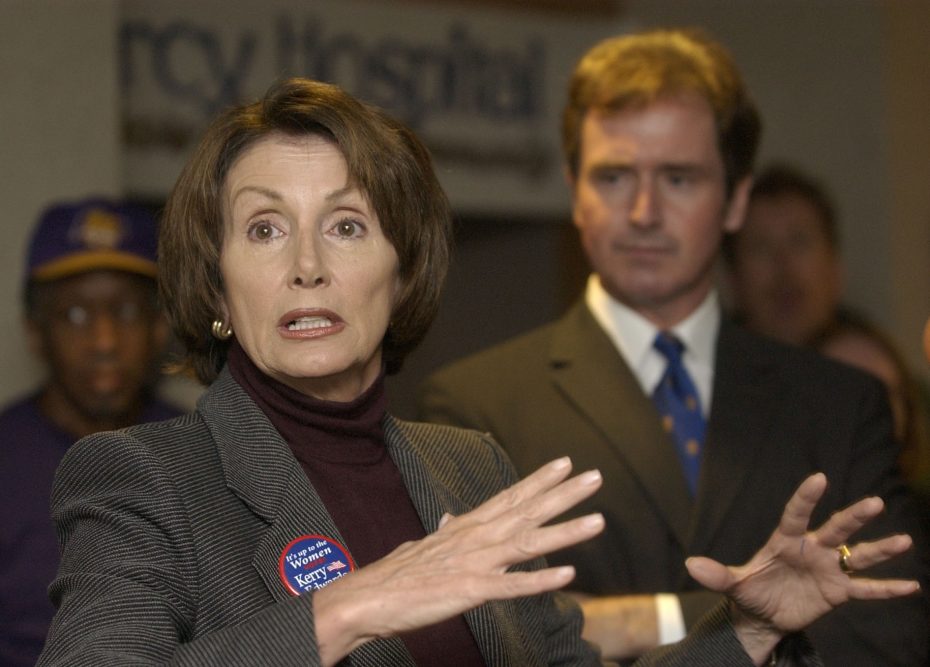 Pelosi and Senate Minority Leader Charles E. Schumer, a New York Democrat, teamed up last July to promote a Democratic agenda called "A Better Deal." The effort calls for increased federal investment in infrastructure, public housing and education, a series of political and labor reforms and an effort to reduce prescription drug prices.

Higgins stressed that he did not mean to criticize Schumer or his role in that effort, but the Buffalo congressman had harsh words for A Better Deal.

"It's thematic, it's well-intentioned, but nobody's buying it," Higgins said of the Democratic agenda. "It's Washington-speak."

Democrats would be better off, Higgins said, if they stressed two issues that he said aren't stressed strongly enough in A Better Deal: health care and infrastructure investment.

Most notably, he mentioned the bill that he introduced last year that would allow Americans from the ages of 50 to 64 to buy into Medicare, the federal health care program for Americans over age 65.

He said Pelosi and her staff have shown little interest in the bill.

"They say it does not comply with the essential benefits of the Affordable Care Act," Higgins said. "That is not true."

Asked for comment, Pelosi's office indicated that Higgins' concerns largely center on the debate about his bill to open up Medicare to people aged 50 to 64.

"Congressman Higgins is a respected member of the powerful Ways and Means Committee, which has jurisdiction over Medicare, and is a good place to garner support for his point of view," Pelosi said in the statement. “Every suggestion to improve quality and expand access to Medicare is on the table, including Congressman Higgins’ proposal."

However, Pelosi added: “It has been a priority for House Democrats to improve Medicare benefits for current recipients as we review expanding Medicare access to younger populations."

Pelosi's staff also said they had apologized to Higgins over a miscommunication over setting up a meeting between the Buffalo congressman and the Democratic leader, and that her office was waiting to hear back from Higgins' office to schedule that meeting.

Higgins argued that his Medicare expansion bill would offer health care to a particularly vulnerable population: middle-aged Americans who are coping with huge health insurance price increases because of Republican efforts to dismantle the Affordable Care Act, otherwise known as Obamacare. Every congressional district is home to approximately 14,000 such people,  he said.

In addition, he said the bill would stabilize Medicare's finances, given that it would bring younger, healthier Americans into the system.

Higgins' Medicare expansion bill has 49 cosponsors, where his bill to invest $1.5 trillion in American infrastructure has none.

A Better Deal includes a proposal for a smaller, $1 trillion infrastructure plan, but Higgins said Democrats aren't doing a very good job of selling it to the public.

There's little mention of the fact that a huge infrastructure bill would create upwards of 34.5 million jobs and add 1.5 percentage points to the annual growth rate, thereby boosting the economy and cutting the federal deficit, Higgins argued.

"So infrastructure pays for itself and investment helps fund all the other Democratic priorities: education, health care and the environment," he said.

When asked, Higgins also said Rep. Tim  Ryan of Ohio, who garnered 63 votes in his 2016 leadership run against Pelosi, as another plausible alternative.

In calling for Pelosi's replacement, Higgins joins only a small number of lawmakers, such as Rep. Kathleen Rice of Garden City, to openly call for the Democratic leader's replacement. But after Rep. Conor Lamb, a Pennsylvania Democrat, won a special election earlier this year after saying he would not back Pelosi, other Democratic candidates – include Nate McMurray of Grand Island – have said they will not back Pelosi's re-election, either.

"I think it's time to move on," McMurray, who is challenging Rep. Chris Collins, a Clarence Republican, said Wednesday. "If this blue wave really does happen, it's a request to go a different way, a mandate to do things differently."

Despite such comments, the top Democrat on the House Ways and Means Committee, Rep. Richard Neal of Massachusetts, downplayed the differences between Higgins and Pelosi.

"Sometimes disagreements happen," Neal said. "However, what remains true is that Congressman Higgins and Leader Pelosi are both fighting for the same hard working middle class families who have been left behind by Republicans in Washington. We will get past these disagreements and move forward to continue communicating our vision for America to families in Buffalo, San Francisco and everywhere in between.”

Nevertheless, Higgins said the Democratic Party needs a clearer message and a stronger leader now or else it could find itself disadvantaged in this fall's congressional elections.

"The only thing I have is a voice and a vote, and I have to use that to try to get my conference to recognize that resistance to Trump at best is only half of it," Higgins said. "We have to offer something affirmative."

The same goes for the Democratic Party's efforts to defeat Trump two years from now, he added.

"We are not ready for 2020," Higgins said. "We're lacking a clear, coherent and compelling narrative."

And part of the reason, Higgins said, is that House Democrats lack a clear, coherent and compelling leader.

"When she's on the floor, she's all over the place; she's frenetic," Higgins said of Pelosi. "I think she lacks gravitas."