It's impossible to say whether Buffalo City Hall looks better from the outside in, or the inside out.

We love its striking sandstone exterior, towering over Niagara Square and chiseled with the history, industry and spirit of the Queen City.

But equally impressive is its impossibly ornate interior, suffused with the symbols of Native American culture and with Art Deco's irrepressible optimism about the power of design to inspire civic greatness.

Fortunately, we don't have to decide.

Gretchan Grobe, senior guest services representative at the Albright-Knox Art Gallery and City Hall tour guide extraordinaire, is intimately familiar with the interior features of Buffalo's most important civic building. Here, she takes us on a tour through some of its more interesting corners, offering plenty of trivia along the way:

If you peer closely at the sandstone blocks that make up the interior walls of City Hall, you'll see the outlines of ancient organisms -- and no, we don't mean holdovers from the Makowski administration.

These fossils are most visible in the lobby corridor leading to the treasury and just outside the mayor's office on the second floor.

Whether intentional or serendipitous, the presence of these fossils in the structure of the building serves to tie the architecture directly to nature. It reminds visitors that while they may be enclosed in a meticulously designed, manmade space, everything inside of it sprung up from the earth. Including yourself. 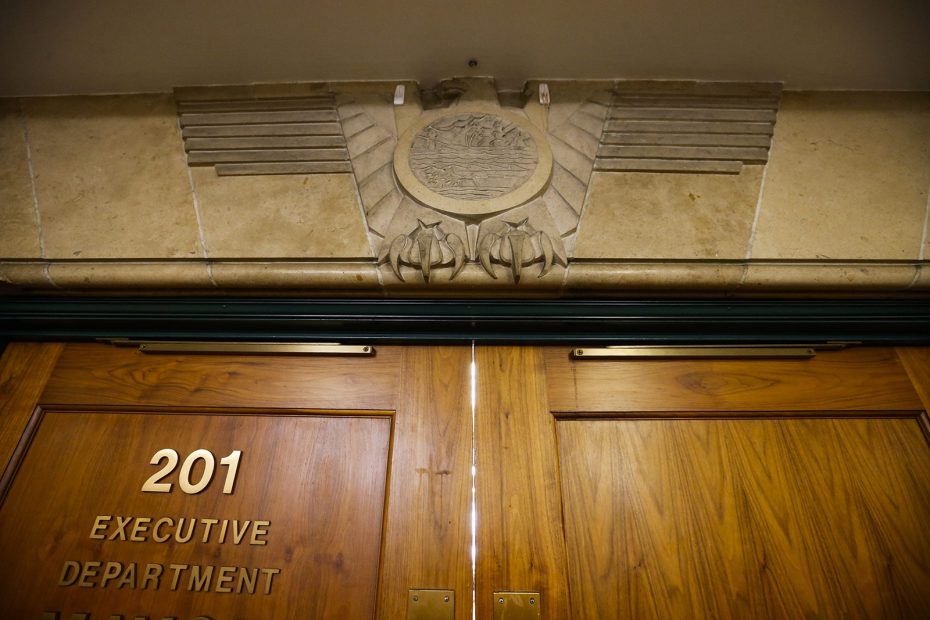 Perhaps the most stunning space in City Hall -- on par with the ornate lobby -- is the room that houses Buffalo's Common Council.

Designed after a Greek amphitheater, the three-story space features seven rows of seats -- complete with original underseat fedora racks -- and a cork floor to help with amplification.

"I could speak to you in my soft, Irish voice and you could hear me," Grobe said of the room's acoustic properties.

On the ceiling, light pours in through a remarkable skylight designed by City Hall architect John J. Wade.

It mirrors both the solar system, with concentric rings and spires of brilliant sunlight, and the seven-row layout of the space itself. 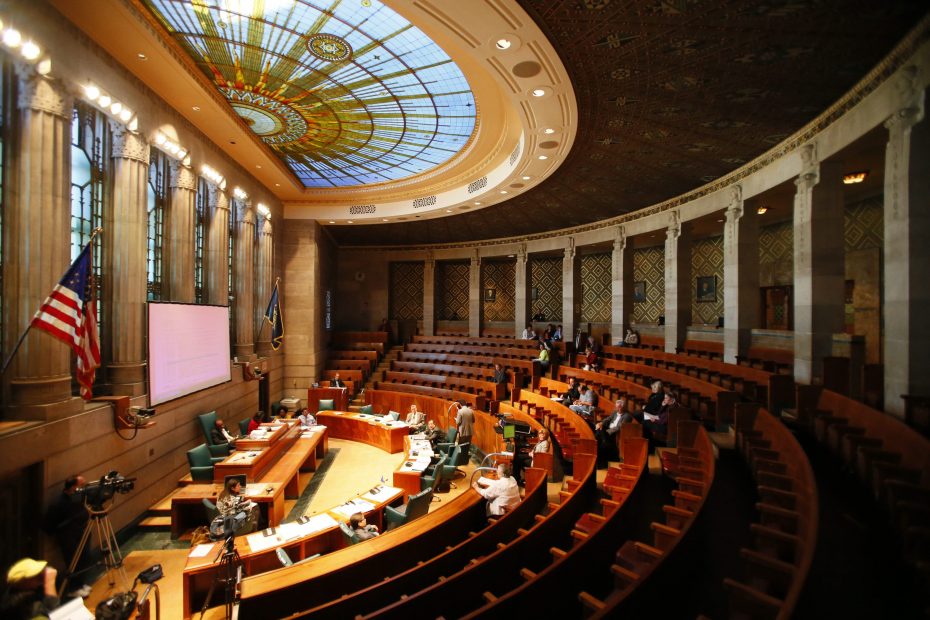 The Common Council chambers on the 13th floor of City Hall feature a skylight designed by architect John J. Wade and a design modeled on a Greek amphitheater. (Derek Gee/Buffalo News)

On pillars surrounding the audience of the Common Council chambers, sculptures of anonymous faces -- meant to represent everyday Buffalonians -- stare down on the members of the council in seeming judgment.

Below those faces, to get even judgier, are words meant to remind elected officials of their duty to the citizens of Buffalo: justice, knowledge, courage, wisdom, charity, concordia, patriotism and prudence.

"These are to inspire the Common Council members to be better, to work harder so the city will stay strong," Grobe said. "You'll notice that there's justice, but truth and honesty are not two words that are on these columns." 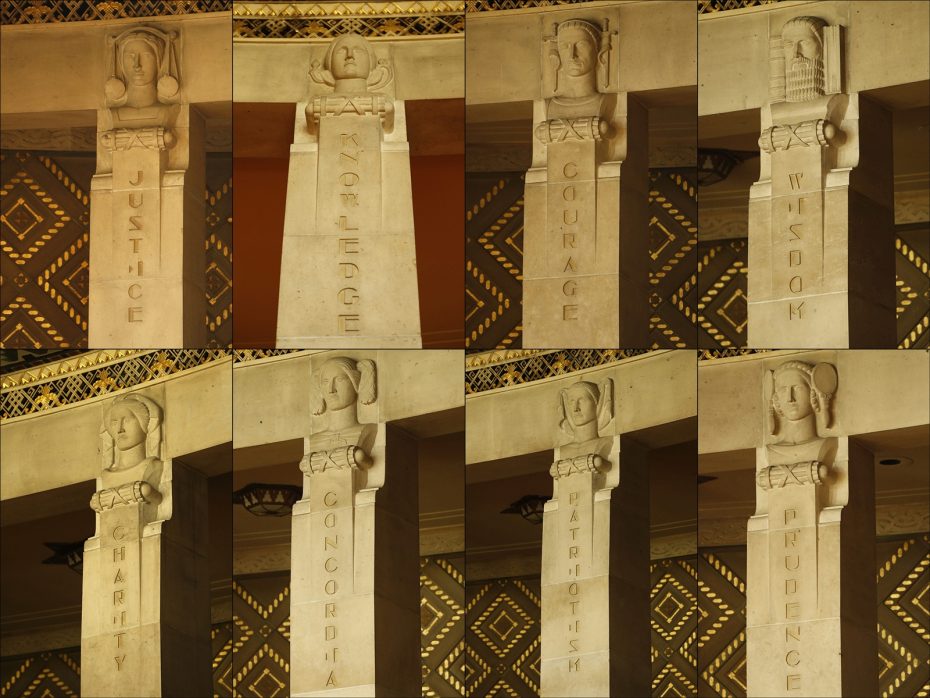 4. Portraits of mayors past

Buffalo takes its history seriously. Past leaders get their due in City Hall, with prominent displays in the mayor's office and Common Council chambers.

Though the mayor's office is currently under construction, it's where you'll find often excellent oil portraits of past Buffalo mayors, which underwent a meticulous restoration process in 2015.

In the Common Council chambers, portraits of past council presidents line the outside walls, including a recently completed portrait of former president David Franczyk. 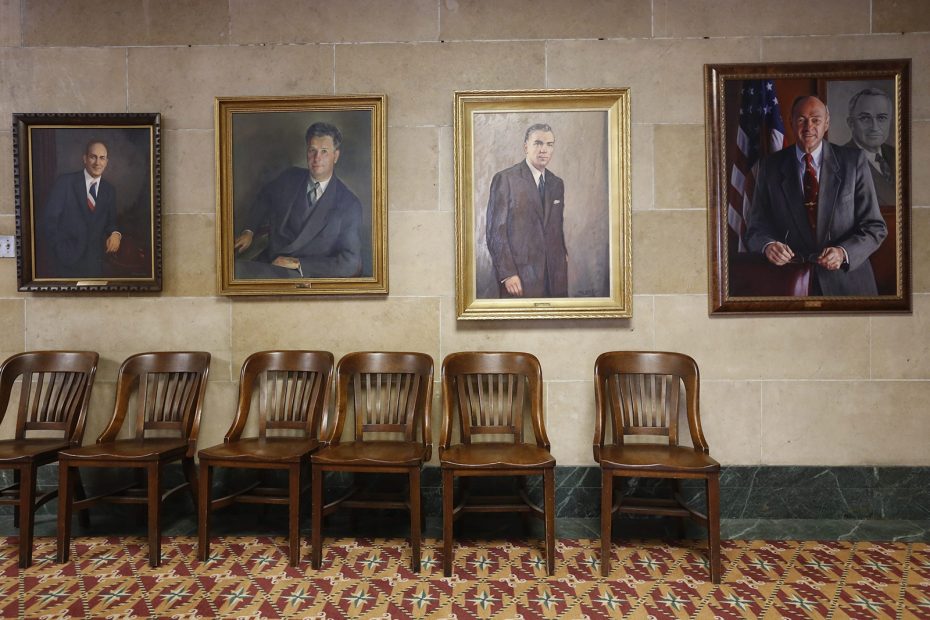 Portraits of past Buffalo mayors, many of which were recently restored, line the walls of the Executive Chambers. (Derek Gee/Buffalo News)

5. A stunning vista, from downtown to Toronto

While downtown Buffalo boasts many tall buildings and many excellent views, it's unlikely that any rivals the panoramic crash-course in Buffalo architectural history you can get from the 28th floor of City Hall.

The glass-enclosed observation deck, accessible after an elevator ride to the 25th floor and three flights of stairs -- offers a window on some of the most architecturally significant buildings of the 20th century.

Past the 1861 County Hall, with its nine-ton sculptures, we see a slice of Louis Sullivan's Guaranty Building. We appreciate the hulking Statler, the tower of Richard Upjohn's prototypical and monumentally important St. Paul's Episcopal Cathedral and Minoru Yamasaki's M&T headquarters, among many others.

On a clear day, Grobe pointed out, you can easily see the plumes of mist sent up by Niagara Falls and, exactly three inches to the right, the CN Tower and buildings of downtown Toronto. 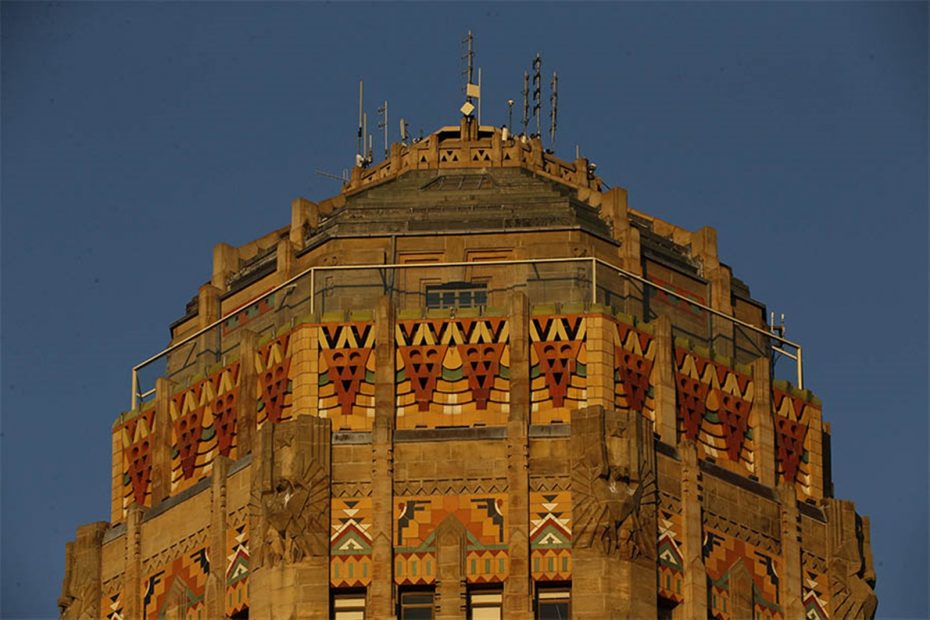