Dozens of citizen scientists in Milwaukee are testing rivers for pharmaceuticals and discovering traces of cocaine in the water.

In Williamsport, Pa., there’s a canine scientist sniffing out leaks in sewage and septic systems.

And swimmers take to the Ottawa River in Ontario in a nearly 2.5-mile summertime swim that ends in Quebec.

Waterkeepers from around the world are trading ideas in Buffalo this week about how to best engage citizens in the clean water movement, and Buffalo Niagara advocates are taking note.

“The stewardship aspect is critical,” said Jill Jedlicka, executive director of the Buffalo Niagara Waterkeeper, which helped host the Waterkeeper Alliance's annual conference in Buffalo this week. “Citizens' voices and citizen activism has led the way for environmental progress and will for the next generation or two."

They say getting people to the water to experience and connect with it on a personal – or even a spiritual level – is the first step toward building up more pressure to care for the Great Lakes and nearby rivers.

Because most Waterkeepers are small, limited resourced not-for-profit groups, luring volunteers – and training them – is critical to accomplishing their mission. 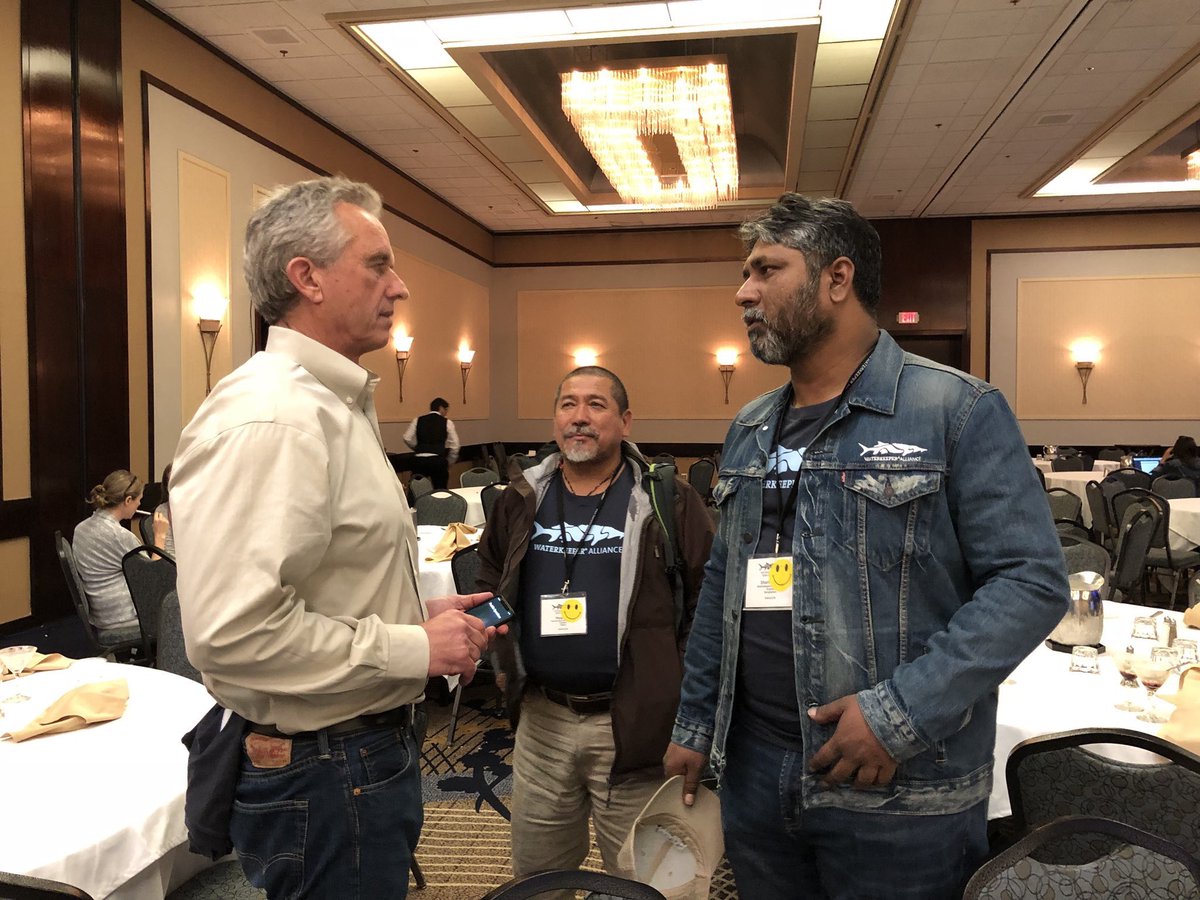 Waterkeeper Alliance President Robert F. Kennedy, Jr. met with waterkeepers from around the globe Thursday at the organization's annual conference, which is being held in Buffalo this year. (T.J. Pignataro/Buffalo News)

Robert F. Kennedy Jr., who helped found Waterkeeper in the mid 1990s, said engaging citizens in environmental stewardship is a natural part of the organization’s mission.

“People realize good environmental policy 100 percent of the time is good economic policy,” Kennedy said. “More people understand the environment is as much part of people’s quality of life as people’s salaries.”

How do waterkeepers plan to build their programs?

“We have people who are willing and ready, we just have to get them there,” said Carol Parenzan, the Middle Susquehanna Riverkeeper in Williamsport, Pa.

It’ll also be about involving citizens – especially the millennial generation – in real-world experiences.

“The new millennial generation — we have to get them out there and give them an opportunity to be involved,” said Matt Mattson, the founder and president of the Lake Ontario Waterkeeper in Toronto.

“This is about experiencing it, living it and getting out there,” Mattson said.

And, Jedlicka said, it's about “speaking human.”

Waterkeepers admit that too often the science, jargon and their own personal passions for the environment can cloud their message.

But, momentum is growing.

“Each time time we’ve put out emails for volunteers, it fills up within a day or two,” said Cheryl Nenn, Milwaukee’s Riverkeeper. “That just tells us that people are really hungry to go out and help and do things like this.”

Nenn added: “We need to probably come up with more opportunities to get them involved.”

That led Milwaukee Riverkeeper to another project probing emerging contaminants – personal care products, pharmaceuticals, pesticides and recreational drugs – at 16 urban sites along the Milwaukee, Menomonee and Kinnickinnic rivers and in nearby Lake Michigan over the last dozen years.

Modeled after a similar program in Seattle, Milwaukee tests its water several times per year for about 65 compounds.

Some of the results were shocking.

“For a lot of the drugs we’re finding pretty high concentrations of this stuff,"  Nenn said.

They knew caffeine would be found in high concentrations. Even some antibiotics, heart drugs, pain-relievers and anti-bacterial compounds like triclosan.

“We were kind of surprised to find a lot of cocaine,” Nenn said.

Nenn said the testing will soon be expanded to include a variety of opiods as well.

Cheryl Nenn of @mkeriverkeeper explains at #WKAC18 that a team of citizen scientists discovered numerous pharmaceuticals in river water during sampling around #Milwaukee, including cocaine. pic.twitter.com/J3VPT0Pxz4

Parenzan is a one woman show as the riverkeeper of the 64-mile long Middle Susquehanna region of north-central Pennsylvania.

So, she relies on a squadron of hundreds of non-traditional citizen scientists – from prisoners to home school students – to help.

There's even a dog scientist.

“They’re already stewards,” Parenzan said. “We just make them stewards of our environment.”

Parenzan is an author of 30 children’s books on the environment. She believes education is the key to water stewardship.

Parenzan networks with public and private schools, homeschoolers and young Amish families and has developed a “floating classroom” by partnering with the Hiawatha Paddlewheel Riverboat in Williamsport to conduct hand-on learning experiences for families.

There, programs include tracking bald eagles in the watershed and the 2-1/2 foot long hellbender salamander.

Later this summer, residents will bring water samples for testing, map the watershed and have art classes aboard the riverboat.

“What a great way to engage 500 new people that we wouldn’t engage before,” Perenzan said. “They want to help.”