John A. Polvino took a giant step out of the shadows after the Diocese of Buffalo announced in March it was creating a new fund to compensate victims sexually abused by its priests.

For 43 years, Polvino, an Amherst resident, said he had been too ashamed to say a word about being assaulted as a child by the Rev. Donald Becker.

"There's the fear that you think you're the only one," said Polvino.

More than 90 people filed claims for compensation with the Buffalo Diocese by its June 1 deadline, six attorneys who specialize in sexual abuse cases told The Buffalo News. And there were additional claims filed by people who are not represented by those six lawyers.

Bishop Richard Malone won't say how many people applied, how many priests are being accused in the claims, or how much money the diocese is willing to pay out.

Victims and their advocates said the diocese should reveal that information because it would shed more light on how widespread the abuse was in the Buffalo Diocese.

The diocese has been rocked in recent months by a continuing scandal over its cover-up of clergy sexual abuse dating back decades. A retired priest's admission to The News in February that he had molested probably dozens of boys during his stints at multiple parishes in the 1960s, 1970s and 1980s led to revelations of other sex abuse cases and the uncovering of how those abuses were kept secret for so long.

In March, Malone launched the Independent Reconciliation and Compensation Program (IRCP), publicized the names of 42 diocesan priests who had been credibly accused of sexual abuse of minors and apologized to individual victims. 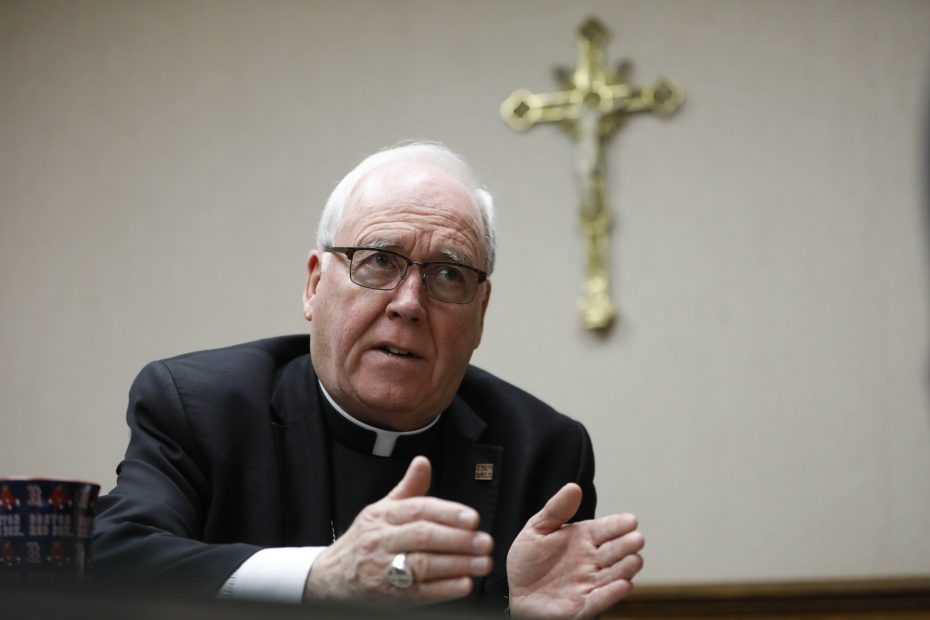 But some victims and their advocates continue to criticize Malone's handling of the crisis, saying the bishop was more concerned with protecting the diocese's reputation and assets than with getting to the bottom of the scandal, protecting children and helping victims heal.

Last week, Malone told The News that he was trying to be as transparent as possible in revealing information about the clergy abuse crisis.

He declined May 31, just prior to the deadline for filing claims, to say how many had been filed so far, noting that the diocese was "still in the intake period" and that he would soon be a getting a report on the numbers. When pressed on whether the numbers will be made public after the deadline, Malone said that he wasn't sure.

A diocesan spokesman said Thursday that the diocese would not make public that information - at least not at the moment.

"Claims are being evaluated. Ultimately, the administrators will determine which claims meet the program's eligibility requirements and qualify," said George Richert, the diocesan spokesman, who declined further comment.

The compensation program is being administered by two retired judges who were contracted by the diocese. The judges will determine which applicants get settlements and how much money they receive.

Because Polvino, 56, didn't report his alleged abuse to the diocese until recently, he and other victims who had kept quiet probably won't be eligible for a settlement.

That restriction adds further insult to injury for victims like Polvino, who said he is angry with how the diocese handled clergy sexual abuse in the past and how it continues to address the issue.

"This is a sham," he said. "I'm challenging the church and in particular the bishop on their level of integrity in dealing with this."

Polvino applied for compensation with the help of Boston attorney Mitchell Garabedian, who gained national prominence representing victims of clergy sexual abuse in the Archdiocese of Boston.

Garabedian said he has about three dozen clients who applied to the Buffalo Diocese compensation program, including several people who had not previously reported their abuse to the diocese. The alleged abuses spanned from 1953 to 1992 and involved 20 priests, said Garabedian.

One of those accused priests is the Rev. Donald W. Becker. Polvino is one of four men who told The News that Becker molested them. Polvino initially spoke with The News in March and was quoted in a previous story on the condition that he not be identified. He has since agreed to be identified, and said he hopes his coming forward will encourage other survivors of clergy sexual abuse to feel empowered to discuss what happened to them. 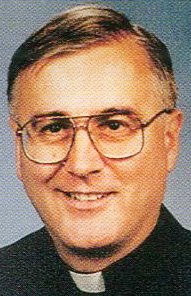 Polvino accused Becker of luring him in 1975 with booze and cigarettes to a remote cabin in North Java, where the priest then allegedly molested him on two occasions. Polvino, who was 13, was dealing with the death of his grandparents at the time. Becker, the priest at SS. Peter & Paul Church in Hamburg, which Polvino attended, told Polvino's parents he would look after the boy on a weekend trip, according to Polvino.

"All of a sudden you're special," recalled Polvino.

But when they arrived at the cabin, "there's only one bed, and next thing you know, you're being molested," Polvino said.

Polvino said he's not concerned about getting a settlement. He said he was emboldened to come forward about his abuse not by the compensation fund, but by another victim who publicly accused the Rev. Norbert Orsolits of molestation at a February news conference across the street from the diocesan chancery.  Polvino wants the diocese to be held accountable for covering up the abuses and protecting abusers from being prosecuted, he said.

"At this point I am out of the shadows on it," he said. "My point is the more people who are open about it, the easier it makes it for others to come out of the rain, too."

Becker, who now lives in Florida, denied in a brief interview with The News that he sexually abused children, but the longtime parish priest was included on the diocesan list of 42 credibly accused priests that Malone released on March 20.

Since the list was released, the diocese has announced the removal of five additional priests from active ministry due to sex abuse allegations. Those priests were placed on administrative leave pending an investigation into the allegations.

Some of the priests whom Garabedian's clients are accusing of abuse are not on the diocese's list of 42 priests. Other lawyers also said they had clients file IRCP claims against priests who have not been publicly linked to an abuse allegation before.

"I've had conversations with about 30 people since the fund was announced, but the vast majority of people never reported it to anyone," said Buffalo attorney Steve Boyd. "What was shocking to me was quite a few of them were in their 70s. This goes way back. Some of these people have never told anyone about the abuse."

Fewer than a third of the people Boyd spoke with ended up pursuing a claim with his help, he said.

Some lawyers declined to represent people who had not reported their abuse prior to March 1. But others said they agreed to represent clients even if it wasn't clear if or when they disclosed the abuse to the diocese because the definition of reporting was unclear.

"Does reporting mean that you officially wrote the diocese a letter and had it notarized? Or does reporting mean that you told a particular person and that person is alive and can swear that you did report it? What about if you did report it to a pastor or to a nun? Does that count, if that person is no longer alive? These are all the issues that have to be fleshed out by the investigators," said attorney Laura Ahearn, who represents clients in compensation programs in Buffalo and other dioceses. "They never defined the word reported, so I think every attorney has an opportunity to zealously represent their client to argue what reporting means."

Some lawyers also turned away potential clients with cases involving clergy from religious orders such as the Franciscans or Jesuits, because the terms of the Buffalo program do not include victims of order priests.

Ahearn said she has more than a dozen clients who submitted claims to the Buffalo program.

She described similar programs in the dioceses of Rockville Center and Brooklyn and the Archdiocese of New York City as resulting in fair outcomes for her clients.

One key difference is that the downstate programs included a phase two, in which the dioceses accepted applications from victims who had not previously disclosed their abuse. So far, Malone has not decided on whether to offer a phase two in the Buffalo Diocese.

Settlement awards through compensation programs probably amount to a fraction of what many victims would be able to receive in settlements achieved through civil lawsuits, lawyers said.

But most victims are prevented from suing dioceses in New York because the abuse happened years ago and the statute of limitations has expired.

Settlement awards in downstate dioceses that have offered similar compensation programs have ranged from $50,000 to $500,000, according to lawyers who have represented clients in those dioceses.

Victims can choose whether or not to accept the award as determined by the program administrators. By accepting an award, they sign away their rights to sue dioceses over sexual abuse claims.

"The vast majority of survivors have accepted the offers because it's the only thing that's available, and it's some measure of justice," said Mike Reck, an attorney with Jeff Anderson & Associates.

In Buffalo, it's not clear if the program administrators, former state Surrogate Court Judge Barbara Howe and former state Supreme Court Justice Jerome Gorski, already have made any determinations on eligibility or settlement amounts.

The diocese has repeatedly declined to discuss any details about how it will afford the settlements, beyond stating that insurance, investment income and the sale of diocesan properties will cover it. It's also unclear whether the size of any awards will be capped.

Reck represents about 150 clients who have applied for compensation through IRCPs in six dioceses and archdioceses across the state.

He has 31 clients who submitted claims to the program in the Buffalo diocese, although more than half of them may not have reported their abuse directly to the diocese prior to March 1.

"It's important that they be heard," said Reck.