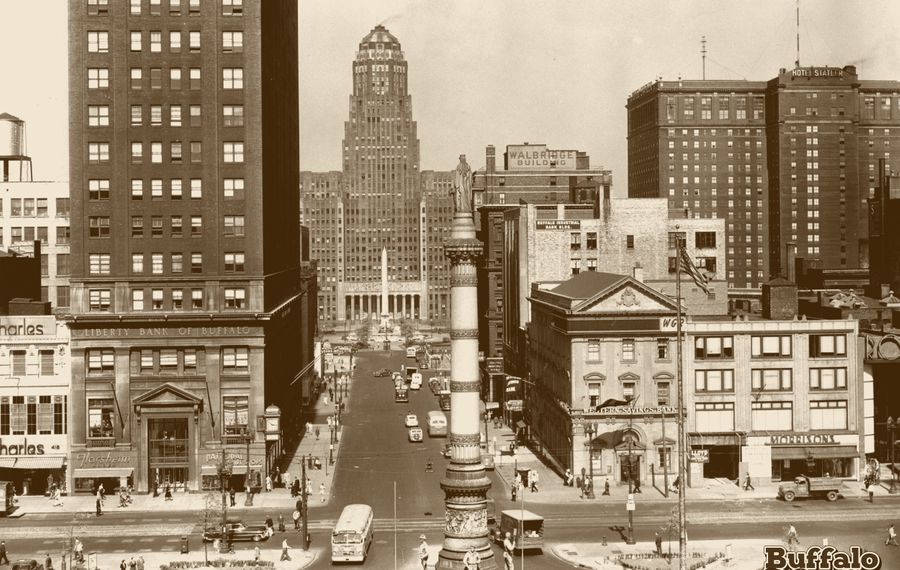 In 1940s America, the frenzied commercialism, hot-burning bulbs and pulsating neon of Times Square ignited a sense of wonder and excitement over what an American city could be.

Buffalo had its share of the lights – Main Street near Chippewa was aglow with what was described as "Buffalo's great white way," and the greatest display of dazzling and flashing marquees and signs between New York and Chicago.

One lighting element Buffalo didn't have – until 1949 – was a flashcast news sign. 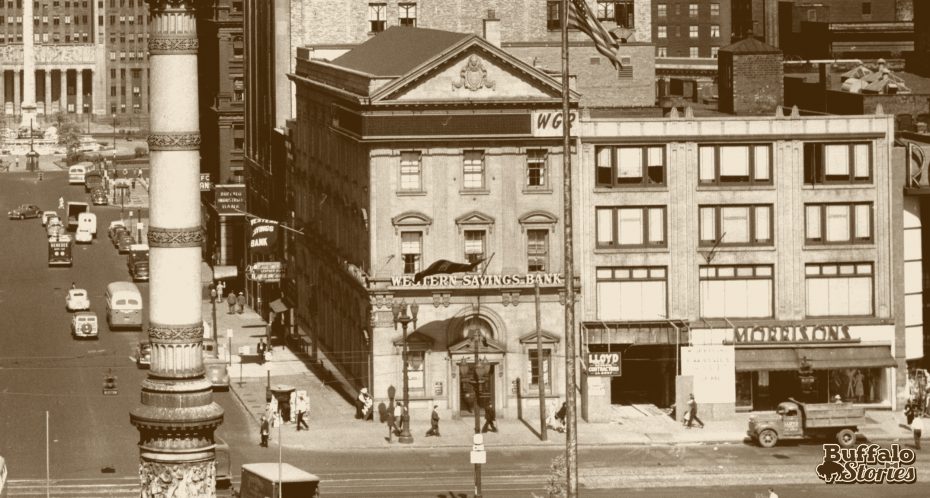 A flashcast news sign was installed at Main and Court streets, sponsored by WGR.

WGR Radio was the sign's sponsor, which meant in red neon, those call letters brightly bookended the revolving ribbon of news headlines at Main and Court streets from atop the Western Savings Bank building. Visible from the WGR studios across Lafayette Square in the Rand Building, the scroll was controlled from WGR's newsroom. 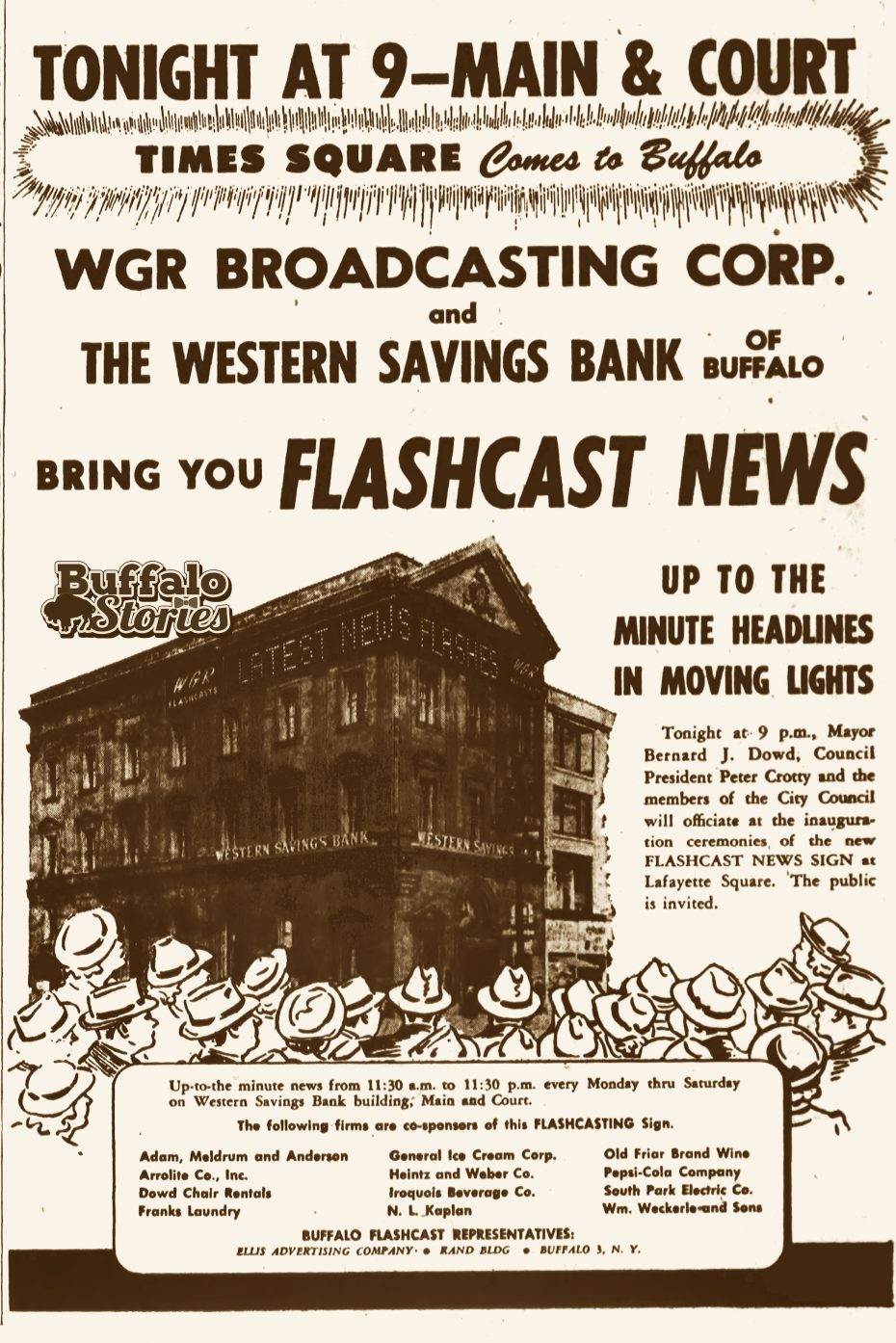 While the sign was promoted as Times Square coming to Buffalo, the event to throw the switch on the sign, hosted by Mayor Bernard Dowd, was called a "Hollywood premiere-type event."

A few months after the first messages started streaming across the lights, a News story talking about improvements being made downtown mentioned the sign. "Here is a group of men at Main and Court streets, looking up at the Flashcast. They're squinting a little to read the moving electric words in the sunlight."

By the time WGR Radio's studios had moved to the building behind Channel 4 at 2065 Elmwood Ave. in 1959, the sign had gone dark. It had been completely removed by 1962 when construction was started on a new $4.5 million, 12-story Western Savings headquarters next door.

At the time of its demolition in 1964, the Western Savings Bank, which had been in operation for 92 years, was Buffalo's oldest continuously used banking building.

Goldome grew too quickly and went under during the savings and loan crisis of the late 1980s. In 1991, Goldome’s assets were split between KeyBank – which entered the Buffalo market after Empire of America succumbed to the S&L crisis – and another bank in 1989. 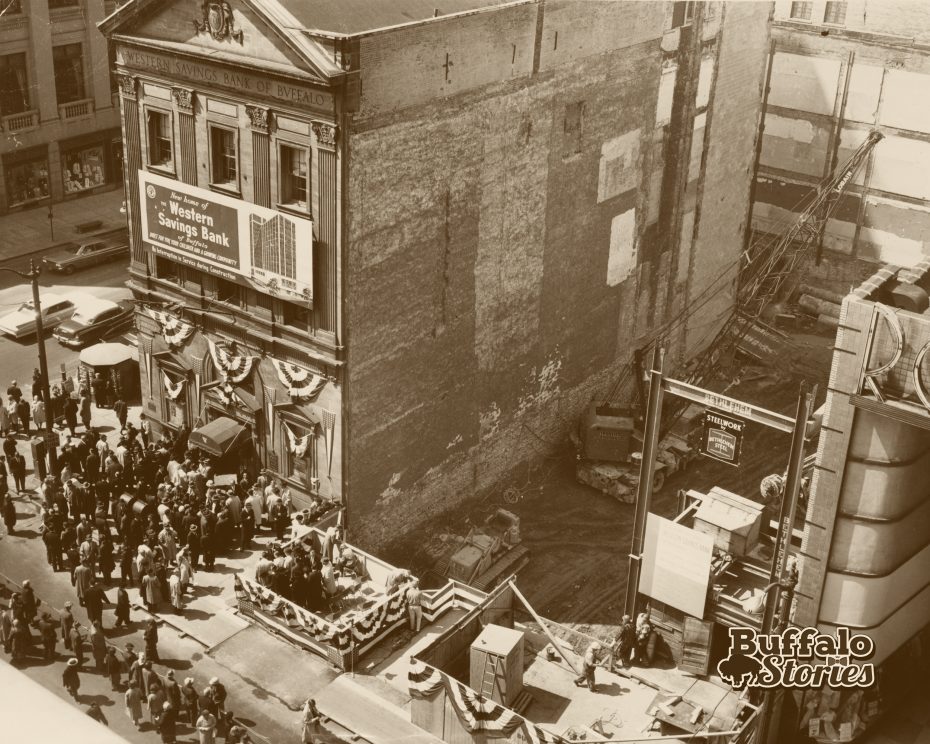 The flashcast news sign was removed from the Western Savings Bank building by 1962.