With $4.5 million in state funding in place, work is now poised to begin by September on a planned new low-income senior housing community with 84 apartments on Buffalo's East Side.

The $27.3 million Westminster Commons project calls for construction of a new four-story building at Adams and Monroe streets, with 76 one-bedroom and eight two-bedroom apartments. Thirty-four units will be reserved for individuals with mental disabilities, while 20 will be reserved for the homeless.

The project – located at 401-449 Monroe and 232-242 Adams – also will incorporate the historic Westminster House, which was built in 1909 and is the second-oldest settlement house in the country.

Using an "aging-in-place" model, it will be renovated into a community service facility that will house a certified senior "social adult day care" program, a Metcare Rx pharmacy, a primary care satellite office and some office space, with residents having access to the services through an interior link between the buildings.

"This historic structure is being renovated to once again become an integral part of providing residents a hand up by offering much needed human services for community residents," said BFNC Executive Director Ricardo I. Herrera, in a statement announcing the funding from New York State Homes and Community Renewal.

The Community Health Center of Buffalo will provide medical services for both residents and the community, including behavioral health, medical treatment and recovery services that include peer support.

“We want residents to feel that they are part of a thriving community," said Herrera. "A community that provides quality and modern housing options, is walkable, and where senior residents have access to medical care and other enriching activities."

Nonprofit to create Westminster Commons on East Side

The project is being developed by the Buffalo Federation of Neighborhood Centers, whose roots date back to 1893 but which was created in its current form in 1981 by the merger of the Westminster Community House and the Neighborhood House Association. 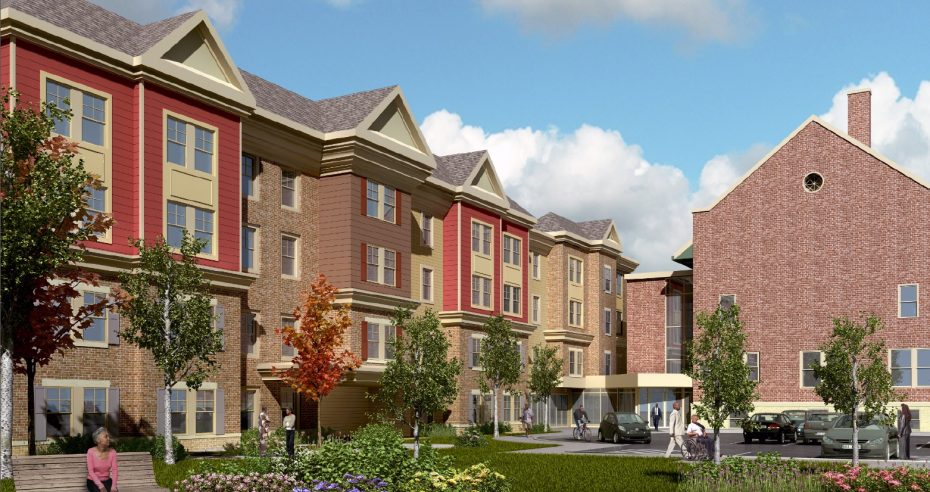 Carmina Wood Morris is the architect, while RP Oak Hill Building Co. is the general contractor. Rhonda Ricks' R+A+R Development and Oxford Consulting advised the BFNC on the project.