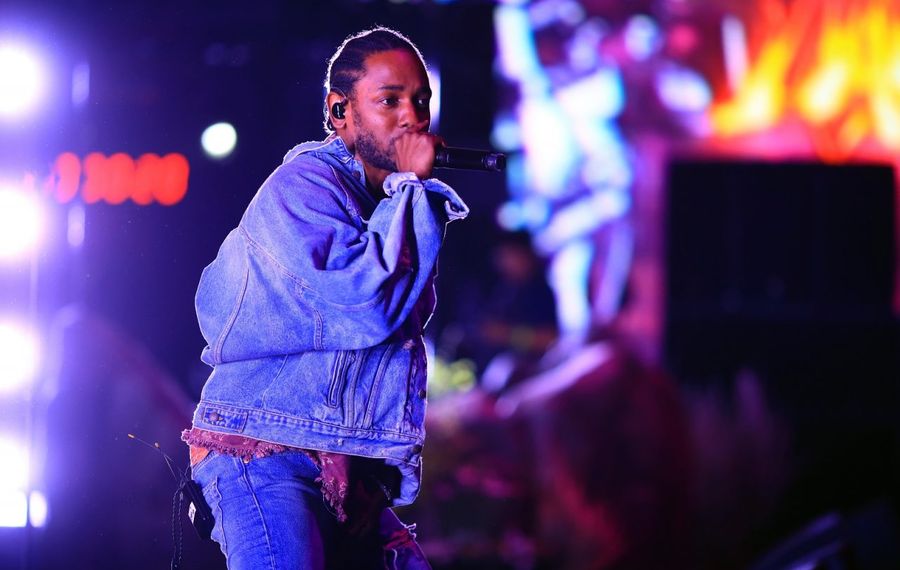 I looked at my son about halfway through Kendrick Lamar’s set and said, “This reminds me of the first time I saw U2,” which would have been 1983, on the “Unforgettable Fire” tour.

“Yeah, I feel that,” he said, because he knew I meant that I felt I was seeing and hearing something that was at once incredibly popular and artistically outstanding. That’s a rare happening, when the cream of the artistic crop is also capturing the zeitgeist.

The “Top Dawg: The Championship Tour” took over the Darien Lake Amphitheater on Sunday, and what appeared to be a close to full house was treated to a state-of-the-art hip-hop show, one that ran the gamut from pop-rap to the hardest and heaviest hints of just what rap’s future might sound like.

Lamar headlined, and, of course, he owned it all, though the pacing of Top Dawg artists – Lamar’s best friends, who also happen to be his colleagues – was expertly executed, so that by the time the headliner arrived, the energy was peaking.

The show celebrated the Top Dawg roster with a steady roll-out that was a send-up of big league sports draft events. Each of the artists – save buzz-worthy singer SZA, a late-hour scratch due to strained vocal cords – had a chance to display their skill-set.

With a massive video screen towering above him, and his band flanking him from the wings, Lamar arrived in a cloud of dry ice and spent the next nearly 90 minutes stalking the stage like a prize-fighter, spitting immaculate rhymes and controlling the flow of energy with his unerring sense of the dramatic moment.

The material was immensely strong – cuts from every album, with highlights including a torrid "King Kunta," "DNA," "Element," "Swimming Pools" and "Bitch, Don’t Kill My Vibe" – the band virtuosic and insanely on-point, and the interplay between artist and audience feverishly upbeat.

Lamar is hip-hop's man of the moment, and on Sunday, he made sure we knew it.