Have you ever wanted to learn how to bid on a property at the city auction?

The 28-year-old fundraiser and novice real estate investor wants to encourage more people to take advantage of the vast inventory of properties that Buffalo puts up for sale every year because of delinquent city taxes and fees.

While real estate prices have risen in recent years, even at the auction, such properties are still largely affordable to most people. And they provide inexpensive opportunities to become homeowners or at least to benefit from real estate investments, he notes.

"I want to see a lot more city residents buying and owning the residences they live in, as opposed to New York City landlords," Nieves said. "I want to see less slumlords and more people invested in their properties."

So Nieves is trying to spread the word. With minimal promotion, he already drew more than 160 people to a pair of free workshops he put on last October and in April.   He wants to do another one every month until the next auction in October.

His most recent one May 31 at The Foundry on Northampton Street drew another 40 attendees, and has two more planned, including at the Delavan-Grider Community Center at 877 East Delavan Ave. on June 27.

"People really want to learn how do they get out of the paycheck-to-paycheck cycle and how do they start owning," he said. "I have a ton of people reaching out to me." 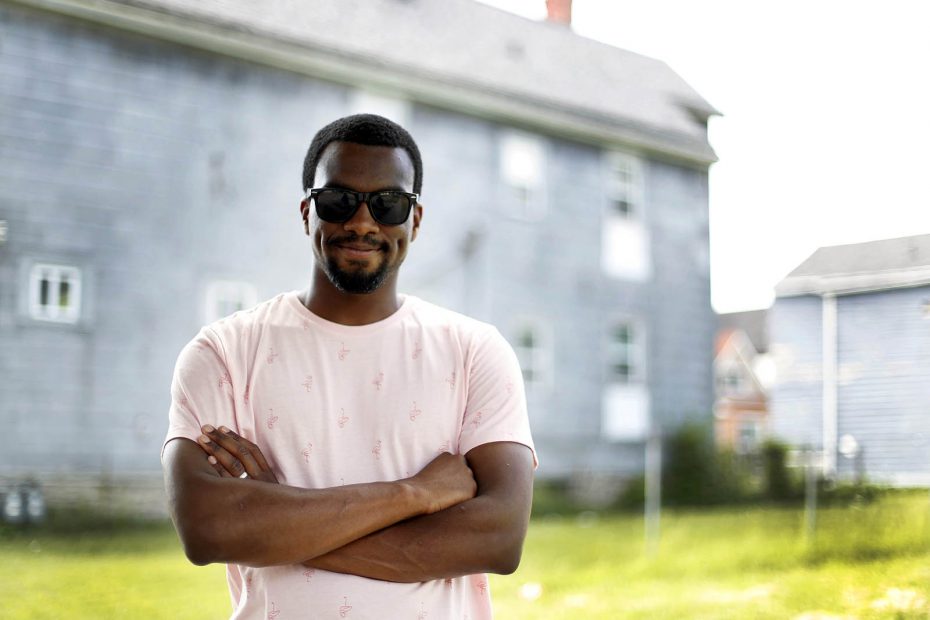 A few examples of his tips:

Nieves, a Medina native whose family moved to Buffalo 10 years ago, is a University at Buffalo graduate who majored in history but decided not to become a teacher. Instead, he spent a few years working for PUSH Buffalo, an advocacy group on the city's West Side, and now works at The Foundry, an East Side small-business incubator.

He started buying properties from the city auction in 2015 and 2016, snapping up six vacant lots on the East Side for $825 each. He's since sold a double lot on East Utica Street for $12,500, plus two separate lots on East Utica and one on Inter Park Avenue for $4,000 each. He's still waiting to sell the last one, a parcel on East Ferry Street.

But while working for PUSH, he said, he saw that advocates and government officials were promoting affordable rentals more than affordable purchases, which he said is a missed opportunity.

He also heard the growing concern about people being priced out of some neighborhoods in Buffalo – like parts of the West Side or the Fruit Belt – because of gentrification. But that doesn't mean that nearby streets aren't still very affordable, with plenty of potential for buying properties inexpensively now.

"There are going to be areas that are going to be unaffordable, but there are areas nearby," he said. "If you're smart and strategic about it, there are still areas where you can buy. And if you wait a couple of years, they're going to go up."

Such concerns prompted him to put on his first workshop in October, drawing 80 people, and then his second on April 25. The programs, usually about two hours long,  include presentations by Nieves, PUSH organizer John Washington, and two real estate agents – one of whom is Nieves' brother. Besides the basic mechanics of the auction and the homebuying process, other topics include responsible investing, land trusts and flipping.

He's also eyeing a longer-term plan to create an information-sharing collective, in which members with real-world experience and expertise deliver free workshops to the community on a variety of subjects from marketing and real estate to stocks, bonds and cryptocurrency.

"Basically, things people want to know about and that can improve their lives," he explained.

Each member would agree to one or two presentations per year, and would work with the rest of the collaborative to promote the programs, including via social media and word-of-mouth. There are no plans to charge attendees, but Nieves said the collective could charge nonprofits, companies, church groups, clubs and others that might want to participate in or sponsor a specific program.

"I have a lot of people interested in the long-term idea, but they're not ready to present yet," he said.