Welcome to Langfield Homes, a public housing complex that flunked its 2018 federal inspection with the lowest score given to any Buffalo Municipal Housing Authority development in the past five years.

Inspectors also cited concerns with emergency exits in some apartments as well as deadbolt locks in the staff's mechanical/storage rooms that didn't always work properly from the inside, raising concerns that someone could get trapped in the room.

"We are aware that there is considerable work to be done at Langfield," said Gillian Brown, the BMHA's recently appointed interim executive director.

There were six failing grades among the 20 inspections.

In comparison, New York had a statewide failure rate of 12.3 percent while the national failure rate was 8.4 percent, according to a Buffalo News analysis of five years of HUD inspection data.

HUD sets 60 as a passing grade. 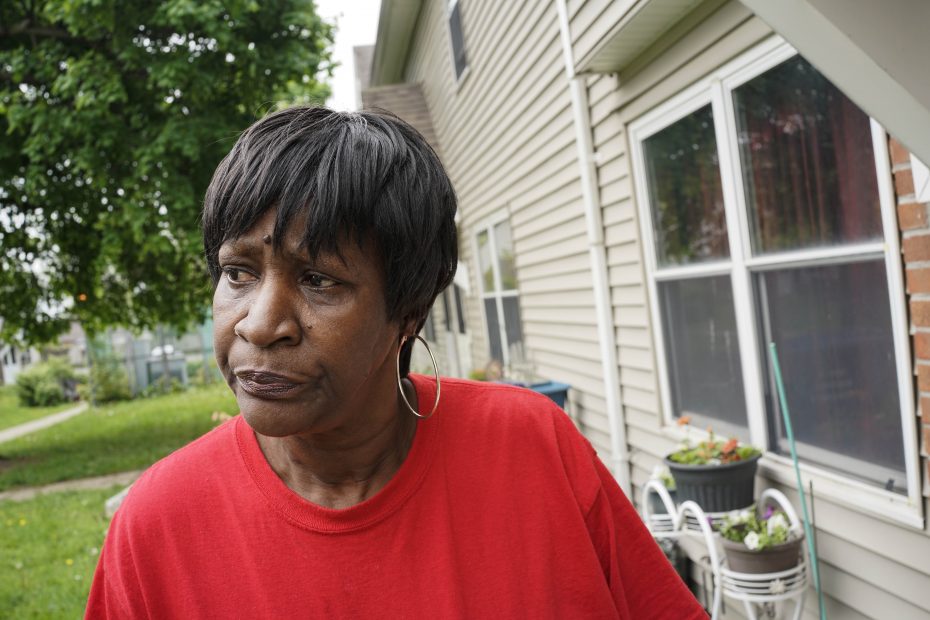 Guin Cox, a longtime Langfield Homes resident, has had several instances of flooding from sewer backup in her apartment. (Derek Gee/Buffalo News)

"I believe it," she said, first pointing to a large pool of stagnant water – more than ankle deep – in the parking area near her apartment, then recalling a recent sewer backup in her bathroom.

"We are working to fill vacant positions with necessary staff, and we are committed to doing what is necessary to continue to provide safe housing to Langfield and all BMHA  residents," said Brown, who took over the top BMHA job after longtime executive director Dawn Sanders-Garrett resigned in mid-March.

"We are certain, in time, we are going to address all the problems, but we can't do it by ourselves," added BMHA tenant commissioner Robin Edwards, who lives at Langfield Homes. "Residents must be brought into the solutions. We are a community.  We are accountable to where we live."

BMHA officials also noted no one has gotten trapped in the storage rooms at Langfield Homes, but the agency is replacing the locks HUD cited nonetheless.

Inside Cox's apartment, there's signs of a recent sewer backup in the bathroom – an odor lingers in the air. "This constantly happens," Cox said.

The last time, Cox said, was a couple Sundays ago, when murky water spouted from the bathtub and toilet. She spent much of the night sweeping the dirty water out of her living room to protect her rug and furniture.

Cox said she's been told the problem is related to uncovered drain holes behind her apartment.

There are other problems. The spring-pump closer on her back door doesn't work.

A kitchen cabinet door is hanging off the cabinet frame. It's been that way for a few years, she said.

There's a water stain on the ceiling that's been there for over a year, she said.

Cox's upstairs neighbor, Cynthia Moore, said the water stain came from a leak in her second-floor apartment kitchen. That leak was fixed, she said. A light fixture in her apartment wasn't. "I have a light that flicks on whenever it wants," she said.

Her apartment, Moore added, hasn't been painted in 20 years.

And the bullet holes in the siding outside of her second-floor bedroom window were never repaired, she said. A shooting occurred outside the apartment more than five years ago, she said. Luckily, Moore said, she wasn't home at the time since two bullets landed in her bedroom.

"One went through the blinds and landed in the clothes basket at the foot of my bed. The other lodged in a dresser. I pulled it out," she said.

Several other bullets hit the siding near her window, leaving holes.

Cox and Moore also spoke of rats they've seen scurrying around Langfield, and pointed out rat traps scattered around the grounds. Some of the traps are broken, and left on the grounds.

The women also pointed to a window screen that apparently fell from a neighbor's apartment. The screens are so flimsy that a strong wind knocks them out of the windows, Cox and Moore said.

As a tenant, Cox said, she's expected to pay her rent on time, and she does. In return, she expects the BMHA to properly maintain its apartments.

"But they aren't doing the maintenance," Cox said.

Public housing tenants pay 30 percent of their income as rent. Resident rents represent about a third of the BMHA's operating revenue, with HUD – through tax dollars – providing most of the remaining operating funds.

HUD said it is working with the BMHA to address problems raised by the inspection report.

While Langfield scored a 46,  the median score of all 20 BMHA inspections HUD conducted since 2014 was 78.5 – putting it a few points above the New York City median of 74, and a few below the New York statewide median of 81.

New York City, with its five boroughs, ranked the lowest as a region, followed by the mid-Hudson area, with a 75, and then Western New York, ranking third lowest, with an 82. The highest regional scores were in Central New York and the North Country, which each had a median of 92.

HUD is increasing its capital funding to housing authorities nationally in the upcoming fiscal year, with the BMHA  getting $11.7 million – an increase of more than $3 million from the current year. HUD is encouraging the Buffalo housing authority – as it is all housing authorities – to leverage that money with private funds to help with needed upgrades at BMHA developments, McNally said. 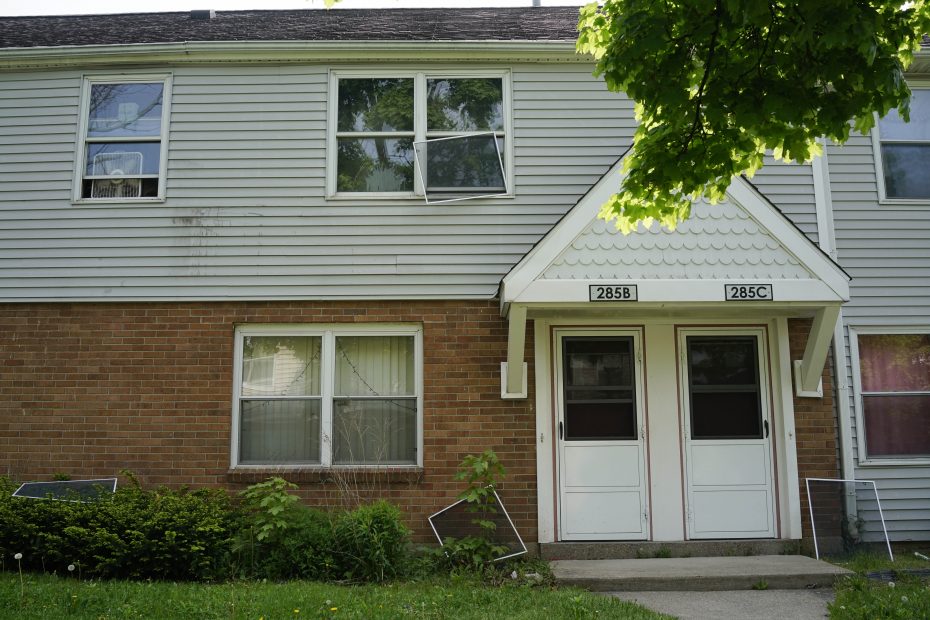 Screens have fallen out of most of the windows in one building inside Langfield Homes. (Derek Gee/Buffalo News)

The Langfield complex was built in 1941, and received substantial upgrades – including to roofs and soffits – in 2004. It is adjacent to the Kenfield Homes, a 650-unit complex built in 1937, that also had subsequent upgrades. The two developments – with almost 1,000 apartments between them -  are overseen by one manager and two assistant superintendents, Brown, the BMHA's interim director, said. They also share four housing aides, four general mechanics and nine laborers.

Kenfield was the only BMHA development other than Langfield inspected and graded so far by HUD in 2018. Both were inspected March 6.

The Kenfield complex scored eight points higher than Langfield, but also flunked. It scored a 54.

Many of the problems Langfield is experiencing are evident at Kenfield, as well.

"They don't do repairs as far as painting," said Kenfield resident Sharon Graham Hunter, who said her own apartment in recent years had problems with peeling paint and mold.

She also raised security concerns because lights aren't working in the public area behind her apartment.

"It's pitch black. You can't see the street it's so dark," she said.

In addition to Kenfield and Langfield, other BMHA developments that received failing inspection grades over the past five years were:

The highest-scoring developments were Lakeview on the Park, Lakeview Family Homes and the second and third phases of A.D. Price, which all scored 94 and above, when inspected from 2014 to 2017.