NIAGARA FALLS – Searingly painful migraine headaches. Noxious chemical smells so strong they keep her awake at night. A lung problem that has been diagnosed as pulmonary fibrosis.

According to Dolly Salerno, 75, and her attorney, those ailments are the price she pays for living close to Love Canal, one of the world's most infamous hazardous waste sites.

"The smells get worst at night, around 2 in the morning," Salerno said Wednesday after launching a federal lawsuit alleging that toxic chemicals are leeching from the Niagara Falls waste site into her nearby home on 100th Street. "My husband wants us to sell our home, but I can't sell this home in good conscience, especially not to a family with children. This house is uninhabitable."

Not everyone in her neighborhood agrees with Salerno's view.

"My family has been here 22 years, and we've never had any problems like that," said Ella Chandler, 66, who lives three houses closer to Love Canal than Salerno does. "The only unusual smell I ever noticed is an occasional skunk. My own feeling is, if someone is imagining problems like that, and they don’t like it here, they should just get out."

Chandler added: "My husband is battling cancer – lymphoma – but we don't believe that has anything to do with Love Canal."

The lawsuit filed late Tuesday by lawyers for Salerno and another neighborhood resident, Diane Amantia, is the latest legal challenge to assertions by the federal, state and City of Niagara Falls governments that the Love Canal neighborhood is a safe place for families to live.

Hundreds of families occupy homes within a few blocks of the toxic waste site, which was temporarily evacuated in 1979, after nearly 22,000 tons of dangerous chemicals were found. 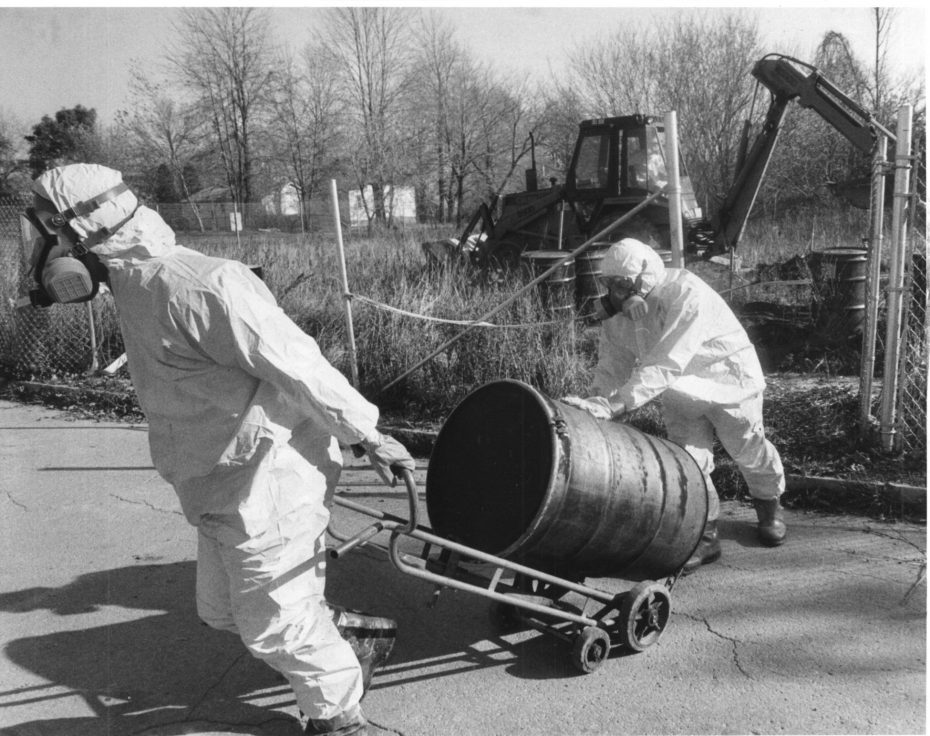 Residents were evacuated after then-President Jimmy Carter declared portions of the neighborhood an environmental disaster. Once the families moved out, hundreds of millions of dollars were spent to clean up the neighborhood and make sure the chemicals were safely buried.

After capping the hazardous material in an underground treatment facility and surrounding the dump with a tall chain-link fence, the federal government authorized the resettlement of the area around the landfill in the 1990s.

Hundreds of abandoned homes were refurbished, and government agencies urged people to move in. Government agencies also encouraged other development in the neighborhood, including two playgrounds, a baseball-softball complex for youngsters, an 80-unit senior apartments complex and a senior citizens activities center.

And the neighborhood was given a new name: Black Creek Village.

“It’s probably the most tested piece of property on this planet,” a spokesman for the Environmental Protection Agency told Buffalo News reporters in 2013. “Not only was it tested, but we had scientists, chemists, geologists and engineers reviewing data that came back, which led us to make the decisions we made.”

After learning of the lawsuit, Niagara Falls Mayor Paul J. Dyster said through a spokeswoman that he still believes – based on reports from state and federal environmental agencies – that the waste site and the neighborhood are safe.

But attorneys Tate J. Kunkle and Paul J. Napoli, who represent Salerno and Amantia, say they have found evidence that chemicals from the toxic site have found their way to their clients' homes.

And they believe many other homes and families could also be affected. They are seeking to make their lawsuit a class action case, which would mean hundreds of other people could join it. 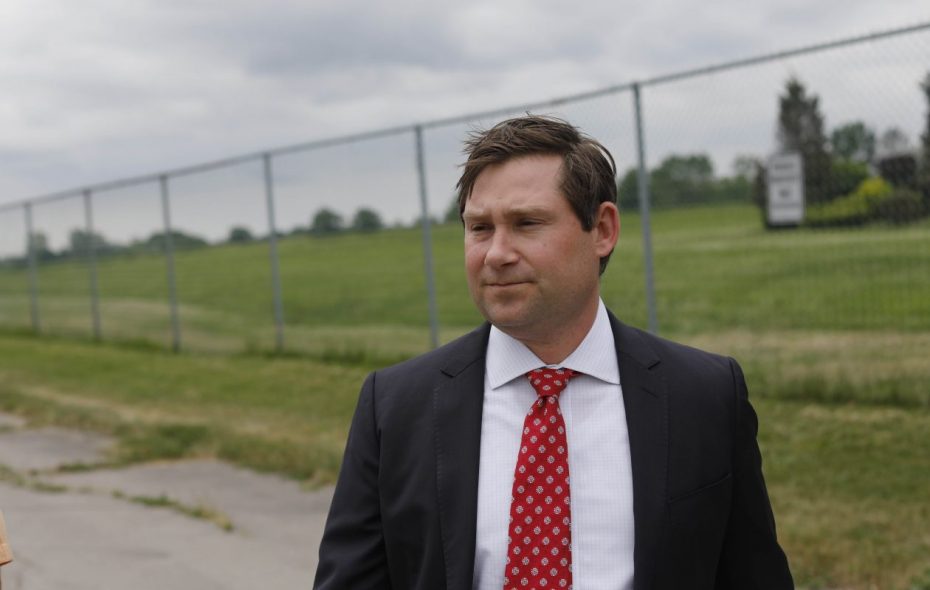 "Niagara Falls residents have been living in the vicinity of the Love Canal site on the promise that the approximately 22,000 tons of … chemical waste … was safely contained and did not pose, and would not pose, a threat of any kind to them, their children or their property," the New York City-based attorneys said in court papers. "That promise has not been kept."

The lawsuit alleges that toxic chemicals have been leaking from the site into nearby sewers for "years, and possibly decades."

During an interview at Salerno's home, Kunkle told The News that tests of the soil and air at their two clients' homes have showed unusually high levels of toxic chemicals there.

"The government has told people that the area is safe, and they should move in," Kunkle said. "That may have been true at one time, but our evidence shows it is not safe there now."

An EPA spokesman said he was not authorized to comment Wednesday on the lawsuit. According to the federal agency's website, the waste site and the neighborhood are safe.

"There are currently no unacceptable human exposure pathways, and EPA has determined the site is under control for human exposure," the EPA said on its website.

The new federal lawsuit was filed five years and three months after a similar action that is still pending in the state courts, before State Supreme Court Justice Richard C. Kloch Sr.

In the case before Kloch, lawyers for more than 550 present and former residents of the Love Canal neighborhood contend that toxic contamination from the landfill created a “public health catastrophe” in the neighborhood. The residents who filed that case allege that the contamination damaged their homes and caused a wide range of illnesses, including birth defects, lung and heart problems, skin rashes and learning disabilities.

Salerno, a retired taxi driver and photography shop manager, said she is convinced that the health problems that afflict her and her husband are related to Love Canal chemicals.

She and her husband, Robert, live in a small, well-maintained ranch home about 300 yards away from the fenced-off waste site. They bought the house for $48,000 24 years ago.

"We moved here because it was a nice home, and a bargain, and everyone assured us, again and again, that it was safe here," Salerno said. "We knew that the government had certified this as a very safe neighborhood. They said all the dangers were gone."

About three years ago, Salerno said, she noticed an overpoweringly awful chemical smell in her kitchen. She said she has hired numerous plumbers and had representatives of the federal, state, county and city government come to her home repeatedly, trying to find the source.

Sometimes, the odor goes away and then, it returns, she said. "It's making me sick and keeping me awake at nights," she said. "I rarely sleep more than three hours a night."

She said her 86-year-old husband – who worked in a chemical factory for 40 years – tells her he does not notice the smell. Robert Salerno, who declined to comment, suffers from prostate cancer, blood clots and heart problems.

"Some people might claim that she is imagining this, but we tested the property for toxic chemicals, and they were there," said Kunkle, Salerno's attorney.

No timetable has been set for proceedings in the federal case, but such cases often take five years or more – sometimes more than a decade – before they are resolved. So far, attorneys have not asked for a specific amount of monetary damages.

Defendants in the lawsuit include the City of Niagara Falls, the Niagara Falls Water Board, Occidental Chemical Corp., Occidental Petroleum Corp., several companies associated with the operation of the waste site and several plumbing companies that have done sewer work in the area.

"I want to be moved out of here into another home," Salerno said. "I would like to be compensated for my anguish and anxiety over this whole situation. I was told I would be safe here, and I believed it."

35 years after families were evacuated, Gibbs says Love Canal ‘can never be safe’