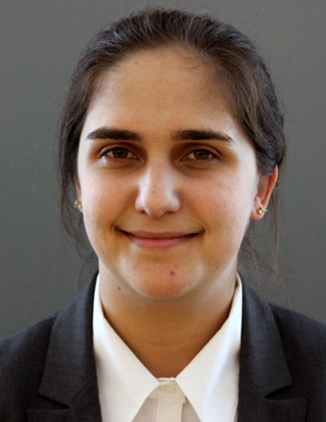 Stephanie A. Costanzo never broke the law while on duty as a Niagara Falls police officer.

Off duty was a different story.

The 29-year-old former cop allowed her drug-dealing boyfriend to store his crack cocaine at her Niagara Falls home and, at times, went with him when he sold drugs or picked up money. On Wednesday, a federal judge sentenced Costanzo to three years of probation.

Choking back tears, Costanzo, a four-year veteran of the force, apologized to U.S. District Judge Ricard J. Arcara and accepted responsibility for her crime.

Her lawyer also tried to make the case that Costanzo's conduct was caused by post-traumatic stress syndrome brought on by an abusive relationship with her ex-husband.

"She had a bad marriage, she had a painful divorce, and she was basically at the most vulnerable time in her life,' said defense lawyer Joseph M. LaTona.

Federal prosecutors did not oppose LaTona's request for a non-prison sentence and pointed to a psychologist's report indicating Costanzo was depressed and felling hopeless after her marriage failed.

They also pointed to Costanzo's cooperation in the prosecution of her former boyfriend, Raymond C. Hopson, a convicted drug dealer.

"She wasn't part of the conspiracy," said Assistant U.S. Attorney Joel L. Violanti. "It's our belief Hopson was strategically using her."

Constanzo's sentence followed her guilty plea in Februray to managing a drug-involved premise. Her maximum recommended sentence was six months in prison.

In her plea agreement, the former police officer admitted that she knew Hopson was involved in selling crack cocaine, and that she helped him by keeping the cocaine at her home.

Hopson and Lindsay R. Carrier Jr., another defendant in the case, pleaded guilty to conspiracy to distribute crack cocaine for their roles in the drug dealing.

In the original complaint against the three defendants, a Niagara Falls police detective said Costanzo admitted accompanying Hopson two or three times a week while he picked up money.

She also admitted carrying a .38-caliber semiautomatic handgun in her purse while traveling with Hopson, according to an affidavit signed by the detective.

“Costanzo was asked why she never confronted him with what he was doing, especially because she is a police officer,” the detective said in his statement. “Costanzo stated she didn’t want to believe he was selling drugs.”

The complaint also says Costanzo told police that she last saw Hopson with cocaine a few days before their arrest in 2016 when she handed him “a scale that was in her bedroom on the nightstand.”

In her plea deal, Costanzo admits federal agents found 5.6 grams of cocaine in her Grand Avenue home during a raid.

The federal charges against her stemmed from an investigation by the Drug Enforcement Administration and the Niagara Falls Police Department.

Niagara Falls police said she is not suspected of any wrongdoing while on duty, or of using her law enforcement position to help sell drugs.