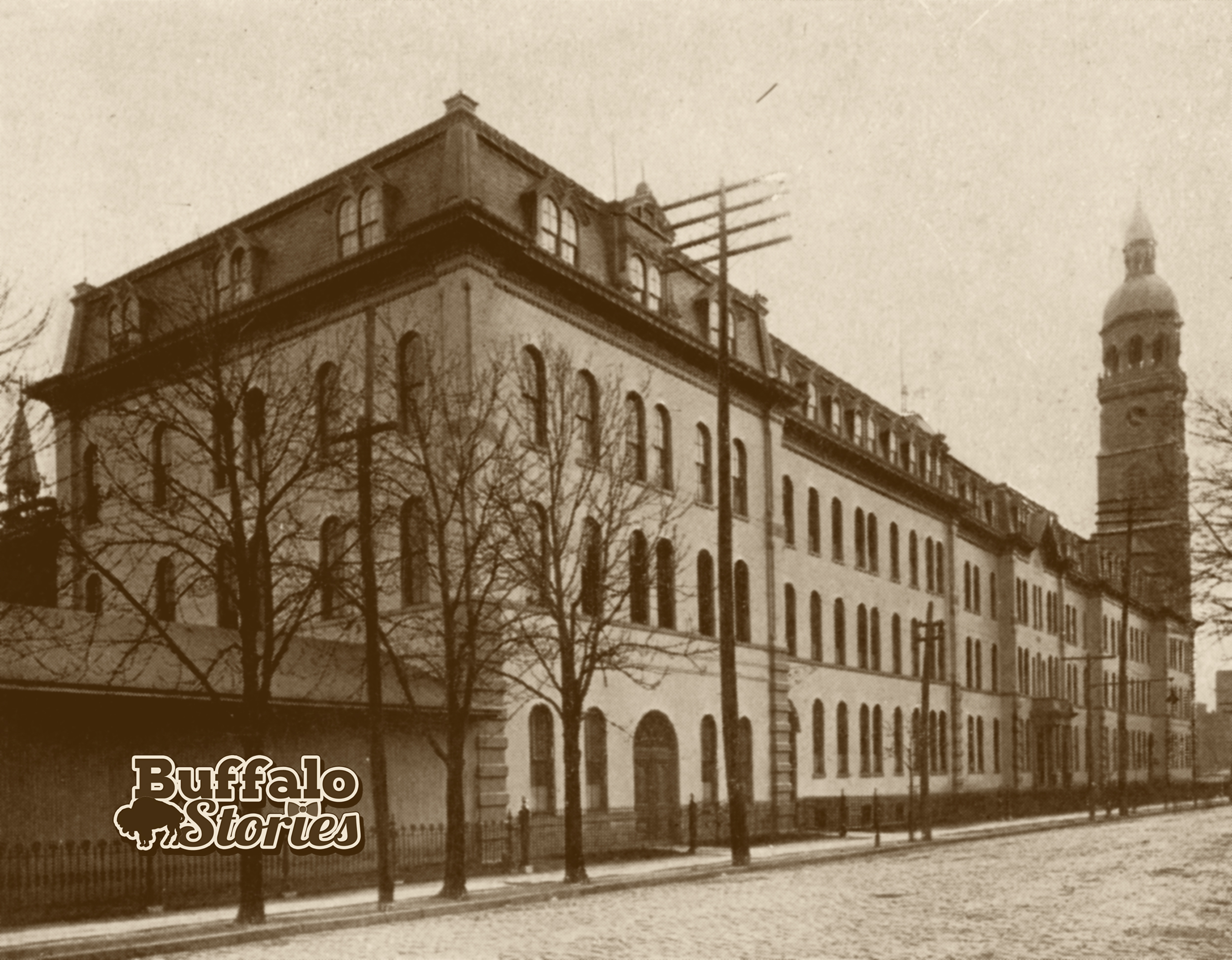 Today, Chronicles begins a weekly look back at an illustrated map of Buffalo from 1880 and examines how the features on that map have — or haven't — changed over 138 years.

In 1880, St. Michael Roman Catholic Church was an important enough landmark to be one of the 58 landmarks labeled in the city. The German parish was established in 1851 and grew so quickly that a new church building was needed within a decade.

Completed by the Jesuit community in 1868, Nelson Baker was among the first young men to study at the new St. Michael — which served as the chapel for the then-attached Canisius High School. Canisius College became part of the complex in 1870.

Without much change, the St. Michael shown in the 1880 drawing stood between Canisius and the Chippewa Market until 1962, when lightning struck the bell tower, devastating the 98-year-old church.

Storms touched off three huge fires in Buffalo the night St. Michael burned, including a five-alarm blaze at a West Side box factory, spreading resources thin. The church was gutted, leaving doubt as to whether any of the structure could be salvaged. 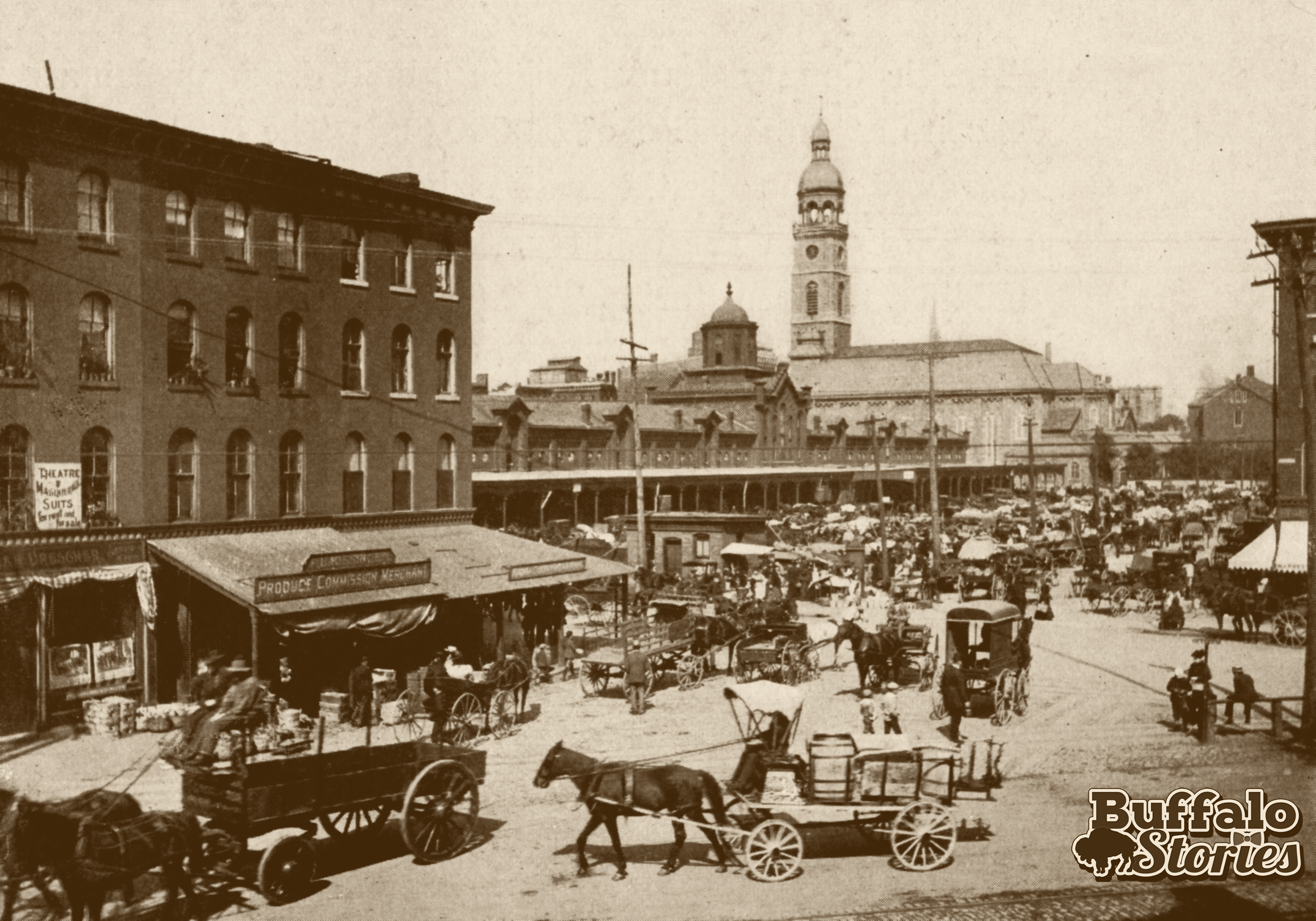 The Chippewa Market (also known as the Washington Market) was St. Michael's neighbor to the south for nearly a century. The Chippewa Market was abandoned in 1958 and is currently a parking lot for M&T Bank. (Buffalo Stories archives)

"Firefighters, with tears in their eyes, went far beyond the call of duty," said St. Michael's pastor, Father James Redmond. "I will never forget the spirit of those firefighters" who saved what they could of the church.

The exterior walls — made of 42-inch Buffalo limestone, Lockport silver limestone and sandstone from Albion, were saved — but the interior was completely rebuilt. Church services were held across Washington Street at the Town Casino while the church was repaired.

St. Michael continues to be staffed by Jesuit priests. Just last week on the St. Micahel Facebook page, the pastor, the Rev. Ben Fiore, wrote, "The Jesuit work here is lasting and effective. We are here! All are welcome in this place!"