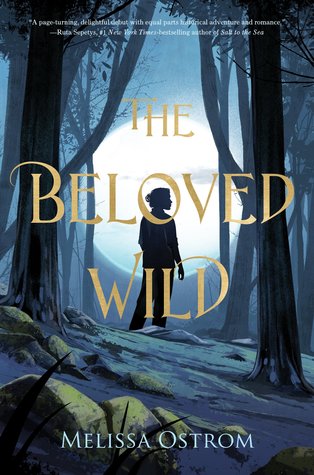 YOUNG ADULT
The Beloved Wild by Melissa Ostrom; Feiwel and Friends, 309 pages ($17.99) Ages 12 and up.
...
This delightful historical adventure, set in 1808 when the “Wild West” was the Genesee Valley of Western New York, marks a promising debut for Melissa Ostrom, who teaches English literature at Genesee Community College and lives in Holley, N.Y.
Hard-working, outspoken 16-year-old Harriet Winter loves her family’s farm in Middleton, N.H., but she rebels at the idea of a woman’s proper place and her mother’s wish to marry her off to 17-year-old neighboring farmer Daniel Long. When her favorite brother, Gideon, decides to head west to settle a place of his own, Harriet leaves with him, cutting her hair, shedding her dresses for men’s clothing and going by the name Harry to more easily make her own way in this new hard life.
Ostrom offers a vivid picture of pioneer life and the wilds of Western New York, the difficulty of the journey by oxen-pulled sled, the daunting challenge of felling trees, uprooting stumps, carving a home out of the wilderness.  There are interesting small details, such as the carving of the spiles, or spouts, from sumac for maple sugaring.
Ostrom is a talented writer, and she creates a compelling portrait of a young girl rebelling against the prescribed path set out for a woman of her time, through Harriet's voice, which is often very funny: "It was sad how much more I loved my family when I wasn't actually near them." The writing throughout is vivid: "Kate's stitchery was an untouched puddle of threads in her lap." Chickens "pecked at the yard, which was unctuous with mud." The parallel journey of another female character offers a sobering look at the terrible fate that could befall a woman without money and with no family to protect her. 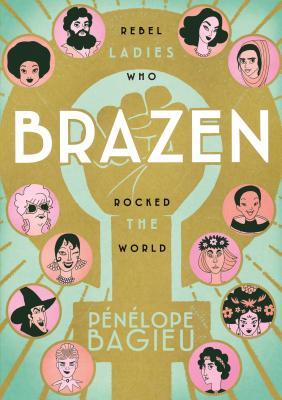 GRAPHIC NOVEL
Brazen: Rebel Ladies Who Rocked the World by Penelope Bagieu; FirstSecond, 292 pages ($17.99) Ages 12 and up.
...
Best-selling graphic novel creator Penelope Bagieu ("Exquisite Corpse" and "California Dreamin'") offers witty, smart, compelling portraits in very broad strokes of a dazzling array of feisty females, some world-famous, others lesser known in this gorgeous book. Each profile, of a few pages of compact cartoon panels, concludes with a glorious full-color double-page illustration.
The profiles are in completely random order. "Brazen" starts with  a portrait of bearded lady Clementine Delait, followed by one about Nzinga, 17th century queen of Ndongo and Matamba, followed by Margaret Hamilton, the former schoolteacher who made a career with her homely face and big nose, as the "terrifying actress," who played the Wicked Witch from "The Wizard of Oz."  A sample of Bagieu's prose: "Margaret Hamilton traumatizes generations of children with the role that got under her skin and stayed there until she died." There's a haunting portrait of the Mirabal sisters, who challenged Dominican Republic dictator Rafael Trujillo, became the face of the revolution and were assassinated in 1960. The lesser-known women are fascinating, from Apache warrior Lozen, who fought alongside Geronimo, to Australian Annette Kellerman ("Mermaid") who began swimming to recover from polio, became a stunt woman and movie actress after shocking the world by pioneering the bathing suit. There is a poignant portrait of Christine Jorgensen ("Reluctant Celebrity") who was named George at birth and traveled to Denmark, undergoing experimental hormone therapy to affirm her true gender identity as a woman. 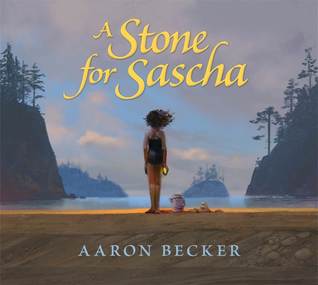 PICTURE BOOK
A Stone for Sascha by Aaron Becker; Candlewick Press, $17.99.
...
A young girl grieving the death of the beloved family dog takes a walk along the beach during a family vacation and discovers a stone which offers a mysterious connection, across time and the vastness of the universe, serving as a way of moving past her grief. This wordless picture book, with Becker's emotional, haunting paintings (starting with a photograph of the girl with her dog, then the family digging the grave), invites children to wonder and to perhaps discover "their own epic story."