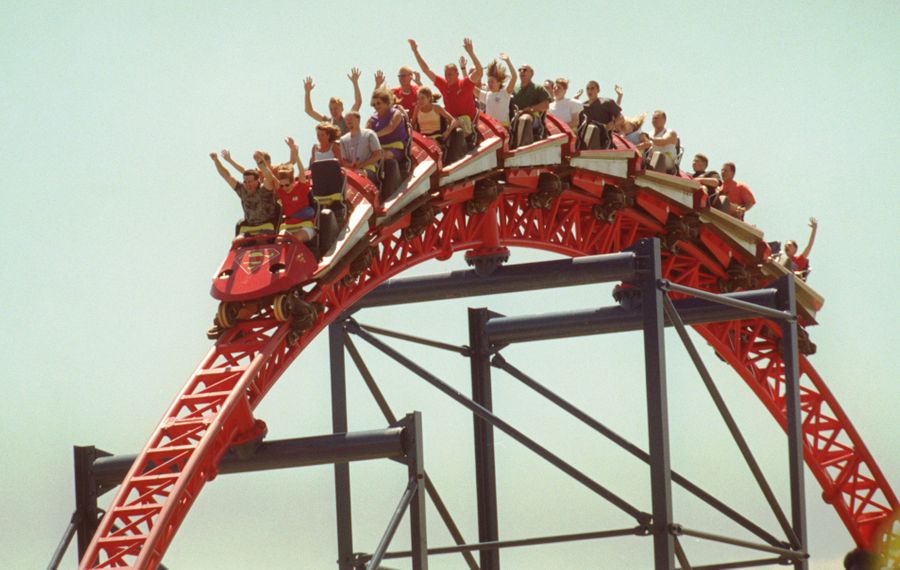 Darien Lake theme park resort is going back under the Six Flags banner.

Six Flags Entertainment Corp., which owned and operated the amusement park and campground near Corfu from 1999 to 2007, announced Tuesday that it had an agreement with EPR Properties of Kansas City, Mo., to acquire the lease rights to operate Darien Lake and four other attractions. The others are in Houston, Phoenix and Oklahoma City.

EPR will continue to own the property. There was no immediate indication whether the name would become Six Flags Darien Lake again.

In a news release on its website, Six Flags said it expected the lease arrangement to close in June. The five new parks will expand the number of Six Flags-affiliated parks in North America to 25.

“These are all fantastic properties that complement our existing portfolio and provide tremendous added value and cross-visitation opportunities for our extensive Membership and Season Pass base,” Six Flags chairman, CEO and president Jim Reid-Anderson, declared in the announcement.

Darien Lake was opened in the 1960s by Buffalo investor Paul Snyder as a campground and picnic area. He expanded it into an amusement park in the late 1970s and early 1980s.

Premier Parks Inc., which bought Darien Lake in 1995, acquired the Six Flags chain from Time Warner Inc. in 1998. It changed the name to Six Flags Darien Lake for the 1999 season.

A heavy debt load forced Six Flags to sell Darien Lake and six other parks in 2007. It has undergone three changes in management of day-to-day operations since then – PARC Management from 2007 to 2010, Herschend Family Entertainment, which also operated Dollywood, from 2011 to 2014; and Premier Parks since 2015.

EPR acquired Darien Lake and several other amusement parks in 2016 from CNL Income Properties. CNL had purchased Darien Lake and other parks from PARC Management in 2007 and then leased them back for PARC to operate.