WASHINGTON – Imagine a war fought on U.S. territory that forced eight out of every nine Erie County residents to flee for their lives across the Niagara River to Canada. With the Peace Bridge destroyed in the war, those 800,000 or so men, women and children would have to take makeshift boats to freedom and set up a tent city in and around Fort Erie no matter how harsh the weather.

That horrid scenario doesn't sound like fiction to about 200 people in Buffalo. Their friends and family back home in Asia lived through that sort of nightmare late last year. And now they live another nightmare in fetid refugee camps in Bangladesh that could, in part, wash away during the coming monsoon season.

They are victims of an ethnic cleansing the world seems to not want to notice: the forced removal of 800,000 Rohingya Muslims from Burma to Bangladesh late last year.

Upwards of 10,000 people died in the exodus, which Binga Hassan, a Rohingya refugee in Buffalo, heard about from his three adult daughters, who fled Burma with their families at the time.

Many people fled at gunpoint, as the Burmese Army responded to a Rohingya terror attack with brutal, overwhelming force.

"Some people, they threw in the river," Hassan said over lunch on Buffalo's East Side earlier this month, recounting what his daughters told him. "The Burmese army, they made a genocide." 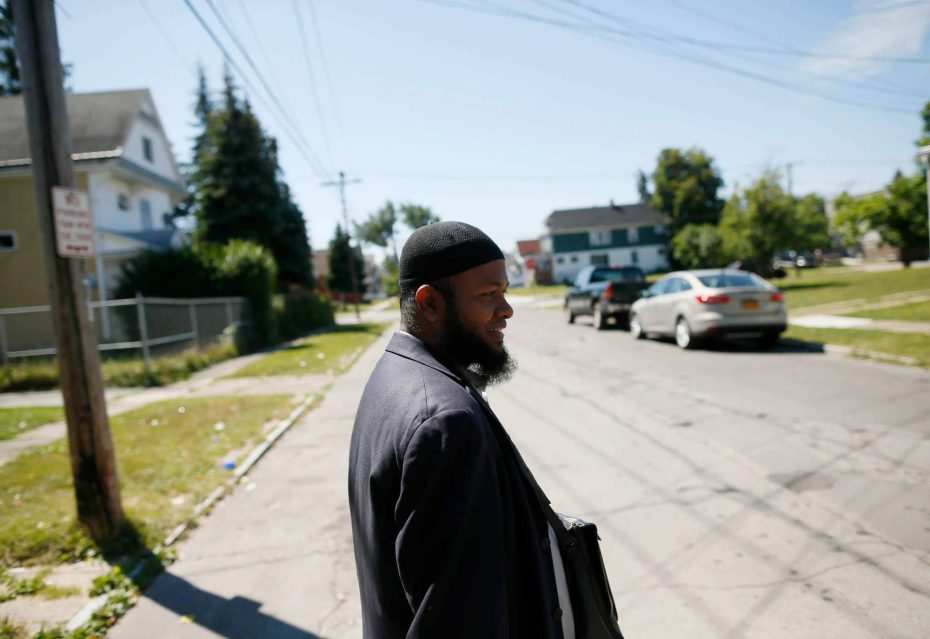 Binga Hassan, 54, shown in the summer of 2016 near his home on Buffalo's East Side. (Derek Gee/Buffalo News)

The exodus touched virtually all the Rohingya refugees in Buffalo, a population that, according to Hassan, has grown slightly since I reported on the situation last November.

Most of them now have family or friends living in the sprawling refugee camps of Cox's Bazar, Bangladesh.

The conditions were bad enough last fall when Sultan Ahmed, a Rohingya refugee now living in Colorado, visited his wife and six children there.

"The conditions were very miserable, with people living in houses made of plastic and bamboo," said Ahmed, who served as our interpreter as Buffalo News chief photographer Derek Gee and I visited the Rohingya refugee communities of Malaysia for a story in the 2016 series "From Burma to Buffalo."

To hear Stephen McAndrew tell it, the conditions are now growing more miserable by the day.

"This is one of the worst situations I've ever seen," McAndrew, the head of emergency relief operations in Bangladesh for the International Federation of Red Cross and Red Crescent Societies, said via Skype last week.

McAndrew has tended to the world's worst humanitarian crises for decades; in fact, Queen Elizabeth gave him one of Great Britain's top honors, making him a Member of the Most Excellent Order of the British Empire for his work responding to the Ebola crisis in Sierra Leone two years ago.

Now he oversees a massive city of plastic huts that sprung up with no planning on a flood plain that's likely to flood as the summer monsoons hit Bangladesh, as they always do. 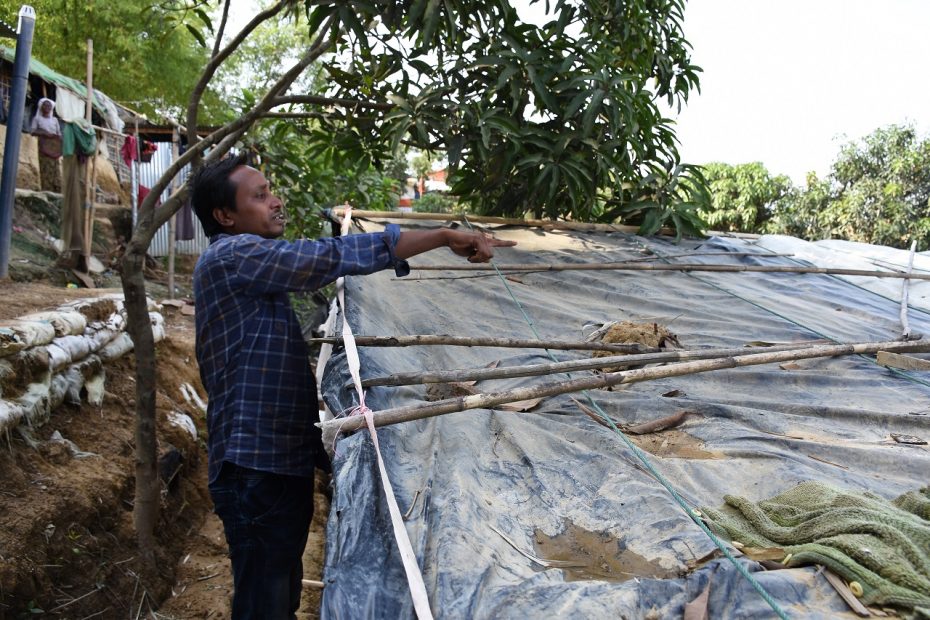 And on top of that, "we are now preparing for a protracted crisis," McAndrew said.

That's because there's no end in sight to the troubles facing the Rohingya. The Burmese army fortified the border with landmines that stand in the way of the Rohingyas' return to Burma's Rakhine State, where they lived for centuries before Burma's Buddhist majority turned on their Muslim neighbors in recent decades.

So what have world leaders done about all of this?

For the most part, they've wrung their hands.

The UN has decried Burma's treatment of the Rohingya as well as the suffering in the camps. And the United States, as it tends to do, threw a little money at the problem this week.

But the House Foreign Affairs Committee wants to go farther. The panel unanimously passed legislation last week that would authorize tough financial sanctions and visa bans against military and security forces involved in abuses of the Rohingya and other ethnic minorities in Burma.

"The Rohingya crisis is man-made. It is ethnic cleansing, many believe it is genocide. Nothing has been done to hold perpetrators accountable," said the bill's chief sponsor, Rep. Eliot Engel, a Bronx Democrat. "That's unacceptable. It's a betrayal of our values. When we see this sort of abuse, there must be consequences."

That's just what Hassan thinks, too.

Like many Rohingya, he directs some of the blame at Burma's de facto leader, Aung San Suu Kyi. Three years after supposedly leading Burma back to democracy, the former freedom fighter has been as silent as a mouse in response to the military's actions against the Rohingya.

Her defenders say it's because Burma's constitution gives the military power that she cannot challenge.

"They should take away her Nobel Peace Prize," he said. "There's too much proof here, too many killings."

Baby boomers might not like it, but Steven Brill's Time magazine essay – "How Baby Boomers Broke America" – is a provocative must-read ... In case you missed it, The New York Times broke a big story over the weekend: that Donald Trump Jr. and others close to the 2016 Trump campaign met with emissaries from Saudi Arabia and the United Arab Emirates offering help to win the election ... Meantime, The Washington Post looks at the Trump administration's troubles on the world stage ... The Wall Street Journal says the Trump administration is offering a mixed message on trade ... And Vox offers a great take on Buffalo-born Bishop Michael Curry's sermon at the royal wedding.