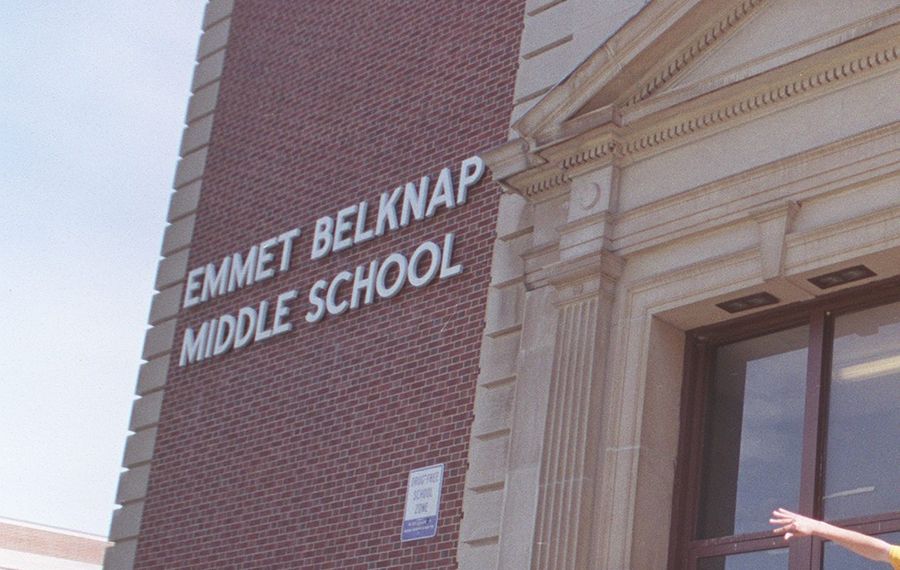 Next school year, Lockport schools will have in place the kind of security software used at airports, casinos and sensitive government installations.

Facial recognition and tracking software will add an unprecedented level of security at the schools. District officials have decided locked entrance doors, bullet-proof glass and sign-in registers at the front desk are not enough.

"We always have to be on our guard. We can't let our guard down," Lockport Superintendent Michelle T. Bradley said. "That's the world that we're living in. Times have changed. For the Board of Education and the Lockport City School District, this is the No. 1 priority: school security."

Depew schools want to install the same system, as soon as a state funding request is approved.

"When it comes to safety and security, we want to have the best possible," Depew Superintendent Jeffrey R. Rabey said. "From what I've seen, there's no other like it."

Studies have shown the technology doesn't always work well, but the consultant to the district says a Canadian company has worked out the bugs that plagued earlier facial recognition software.

"Lockport will be the first school district in the world with this technology deployed," said Tony Olivo, an Orchard Park security consultant who helped develop the system.

The software is used by "Scotland Yard, Interpol, the Paris police and the French Ministry of Defense," Olivo said. "There are a lot of facial recognition systems out there. There is nothing in the world that can do what this technology does."

Lockport will spend $1.4 million of the state's money on the Aegis system, from SN Technologies of Ganonoque, Ont., in all 10 district buildings this summer. It's part of a $2.75 million security system that includes 300 digital video cameras.

Lockport played a role in the system's development. Olivo said in the summer of 2015, the software creators used Lockport High School for test videos featuring various types of guns.

Rabey said that because Depew has three buildings on one campus, rather than 10 different locations as Lockport has, Depew would need only 75 cameras, and the cost would be $188,000.

But Jim Shultz, a Lockport parent, calls the upgrade a waste of money. And it won't prevent a school shooting. He said the district would at best gain a few seconds in response time if a crazed killer rushed into a Lockport school with an AR-15.

He said measures like keeping doors locked and requiring visitors to check in, which Lockport schools already do, are as effective as high technology in preventing a shooting – and far cheaper.

"The only alarm you're going to need, if you need any, is the people screaming," Shultz said.

What it can do is alert officials if someone whose photo has been programmed into the system – a registered sex offender, wanted criminal, non-custodial parent, expelled student or disgruntled former employee – comes into range of one of the 300 high-resolution digital cameras.

"A school is now a target, unfortunately," said Robert L. LiPuma, Lockport's technology director. "Based on recommendations, things we saw, drills we did, pilots we did, we assessed all of that and we thought this was the best option, economically and responsibly, for the safety of our community."

If a known bad guy is spotted, or a gun or other weapon is visible to the system's cameras, the software could flash an alarm to any district officials connected to it, and also to police.

In the last five years, all of the major school shootings in the U.S. have been carried out by current or recent students of the school in question.

At the Sandy Hook massacre in Newtown, Conn., in 2012, the shooter was a mentally ill 20-year-old who shot his way through a locked entrance door before killing 20 children and employees. Police arrived five minutes after the killer entered.

Researchers have discovered that it works well only on white men and is much less effective on people of color, women and children.

In one of the most drastic examples, facial recognition software was tested last June on the crowd at a championship soccer game in Cardiff, Wales. The system triggered 2,470 alerts for matches with a police database – but 92 percent of the "matches" turned out to be false. The police blamed the poor quality of the photos in the database.

Olivo said SN Technologies has come up with a new system that addresses the accuracy issue.

"Not to disclose any of the technical aspects of this system, but normal facial recognition that they're talking about is based on mathematics. It's based upon the distance between the eyes and the nose, the nose and the mouth, key points on a face. In order to get perfect facial recognition, you have to have that type of a look. The face, the lighting, it all has to be very specific," Olivo said. "This (new) technology operates on a different platform with different algorithms that don't necessarily need that specific key point in order to identify someone, or a weapon or something of that nature."

"We have absolute confidence in our product. It does work, and we have no concerns whatsoever," said K.C. Flynn, a partner in SN Technology.

Olivo said if there are enough cameras in the right places, the Aegis system will detect the image of someone in its database 99.97 percent of the time.

"Camera placement is key in this, and that's why we have worked extensively over the past 2½ years to make sure that the cameras in the building are placed correctly," Olivo said.

"I don't have a lot of experience with the facial recognition technology, so we're relying on the manufacturer's engineers to set our expectations," said Matthew W. Crider, vice president of ECC Technologies, a Monroe County company that reviewed the system's capabilities.

Lockport, like most schools, already has lots of surveillance cameras.

"You don't normally have enough people to watch all the cameras. It's more of a technology that lets you go and review an incident and see what happened," Crider said.

If there's an alarm from Aegis, "It takes a human response, still, to respond to that," LiPuma said. "There's no security system or piece of technology that's going to prevent something from happening. It's just giving us more information and alerting us to issues."

Lockport is paying for the system with money from the 2014 state Smart School bond act, whose regulations don't allow the money to be used to hire personnel.

"If the district had the option of just taking the equivalent dollars and using it to hire security personnel, that might have been a very worthy consideration. The reality is, that wasn't a funding option. That wasn't on the table," Crider said.

Students' photos won't be uploaded into the system unless there's a reason.

So if school officials load a student's photo into the system, they can track where and when the student moved around in the school in the past 60 days.

Rabey, the Depew superintendent, said the Aegis system also could be applied to school discipline.

"If we had a student who committed some type of offense against the code of conduct, we can follow that student throughout the day to see maybe who they interacted with, where they were prior to the incident, where they went after the incident, so forensically we could also use the software in that capacity as well," Rabey said.

"Tracking every move of students and teachers is not the best way to make them feel safe at school and can expose them to new risks, especially for students of color who are already over-policed in the classroom," said John Curr, director of the Buffalo chapter of the New York Civil Liberties Union.

"Facial recognition software can be highly inaccurate, especially when it comes to identifying young people and people of color. This plan sets a dangerous precedent for constant surveillance of young people and risks exposing data collected about students and educators to misuse by outsiders or law enforcement," Curr said.

Shultz, the Lockport parent, insists the choice of the Aegis system exposes a conflict of interest.

Olivo's company, Corporate Screening and Investigative Group, is listed on SN Technologies' website as a partner firm. Olivo consults for Depew as well as Lockport.

"The conflict of interest, from a public administration point of view, is really outrageous," said Shultz.

"We don't get commissions. We don't own any part of SN Tech. We have no financial interest in SN Tech," Olivo said. "SN Tech has partnered with us as their consultants to help them design and deploy this system in schools. For instance, we do reviews of camera designs and those types of things, and as such they pay us a consulting fee."

"We haven't paid him one penny for this," Bradley said.

"A lot of it goes back to Tony Olivo's firm having over many years with the district proving himself to be a trusted adviser for the district and the board," said Crider, the ECC Technologies vice president. "They're taking his advice and his recommendation seriously."

SN Technologies doesn't have a contract with Lockport. SN is in effect a subcontractor with Ferguson Electric Construction Co., the local firm that beat out two others with the $3.3 million low bid for installing the system, said Deborah Coder, the Lockport district's assistant superintendent for finance and management.

The bid specifications focused on standardizing security software that could detect faces and objects, leading the installers to SN, Coder said.