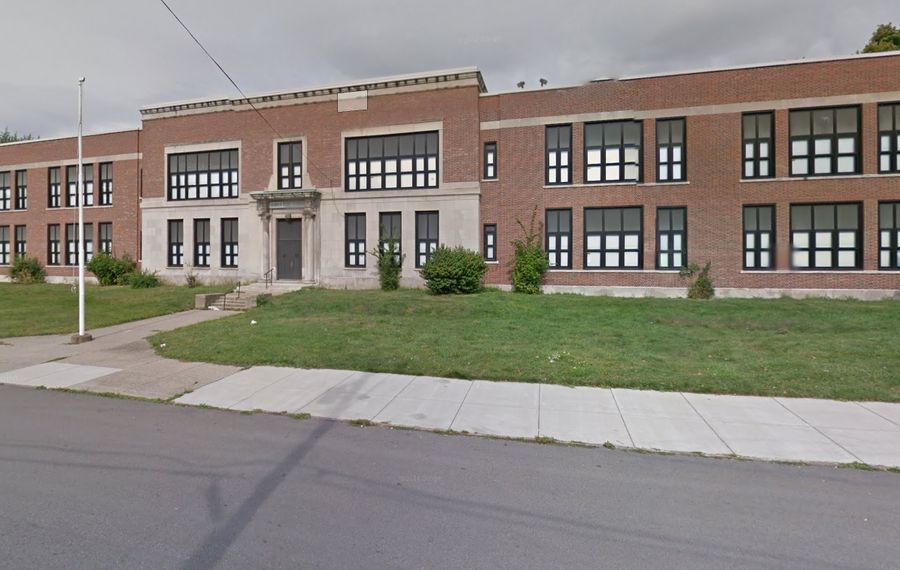 Western New York Maritime Charter School, fresh off moving its middle school to a new location in South Buffalo, is now planning a major expansion of that building to accommodate its high school and a new gymnasium.

The nautically themed school worked with Ellicott Development Co. to purchase the former School No. 70, a two-story brick building at 102 Buffum St., just east of Seneca Street, in the Cazenovia Park area.

The purchase was completed in June and in the fall the Maritime Charter middle school moved in with 81 students and 24 faculty and staff members.

The school is again working with Ellicott, this time on a plan to build a three-story classroom building and athletic facility on the 6.8-acre site, as an addition to the existing 50,000-square-foot building.

The $13 million project would address a need for more space, and for newer facilities, said David Comerford, the school's director for administrative services. The entire school would move from its current site at 266 Genesee St., bringing 450 middle and high school students together with nearly 75 faculty and staff.

"We're sort of landlocked on Genesee," Comerford said. "It's a great facility, but we just need more room."

The school opened in September 2004 as a high school and is highly rated among charter schools in the area, with a consistent graduation rate of more than 90 percent of its students in the last five years, Comerford said. It added a seventh and eighth grade two years ago, creating more impetus for added space. "We get a lot of word of mouth, and we grow every year," he said.

The addition would be built in two phases, starting with the two-story athletic facility. The gym would total 24,050 square feet in size, with three full-size basketball courts. Plans also call for a gun range and locker rooms.

In the second phase, the new 64,913-square-foot classroom area – wrapping around the rectangular gym and extending outward toward Silverdale Place – would be designed to house the high school students and faculty. It would contain classrooms, lecture halls, offices and other spaces. 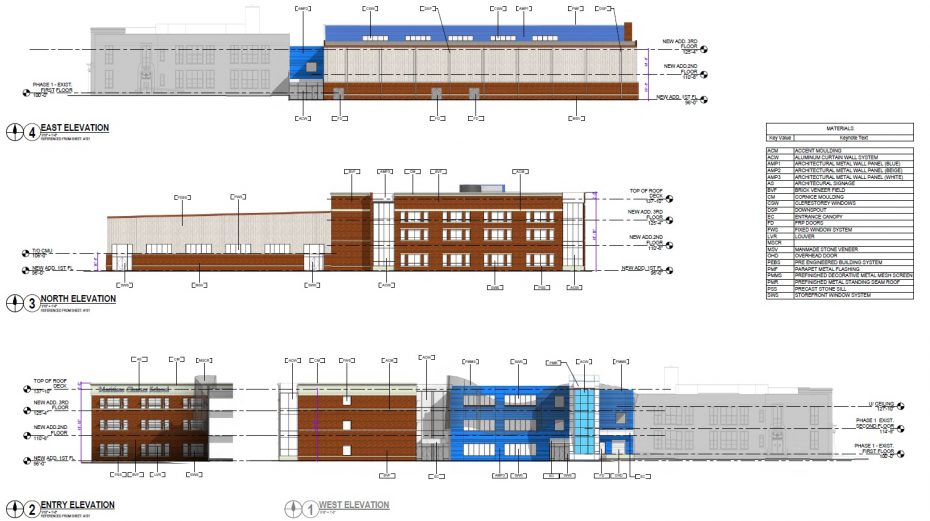 The full 89,500-square-foot addition, with an internal courtyard, would be constructed on current asphalt parking lots and would connect to the old building internally. The gym is expected to be completed by next winter, while the classroom building would be ready by April 2020, five months before the school's lease at Genesee expires, Comerford said.

The plan by Carmina Wood Morris PC features a facade of blue, beige and white metal paneling, red-brick and stone veneer, and aluminum curtain wall, to give the building a patriotic red, white and blue feel. The project also includes additional parking spaces and two new proposed driveways from Buffum on either side of the school building.

The project will be reviewed by the Buffalo Planning Board on Monday.