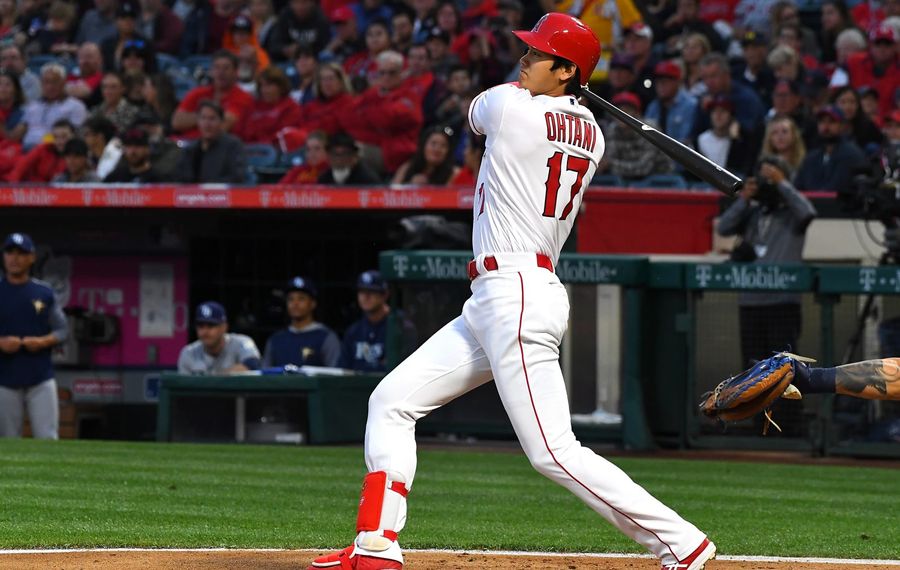 There's bad news and good for area baseball fans who plan to head up the QEW next week to see Angels rookie sensation Shohei Ohtani play in Toronto for the first time.

The bummer is that Ohtani isn't scheduled to pitch against the Blue Jays in the three-game series that starts on Tuesday at Rogers Centre. The happy consolation is knowing that Ohtani will likely be LA's designated hitter in all three games.

Either way, the Japanese rookie has become a must-see event, perhaps the game's greatest sensation since Fernando Valenzuela arrived in LA in 1981. In fact, you could argue that Ohtani is baseball's most fascinating attraction since Babe Ruth.

It was 100 years ago when Ruth was a regular starting pitcher and position player for the 1918 Red Sox, leading them to a World Series title that required 86 years to repeat. Ohtani is the first player since Ruth to do both, to take a regular turn in the rotation and take a spot in the order when he doesn't pitch.

Ohtani has started 21 games at designated hitter and pinch-hit three times. He has started six games on the mound. LA manager Mike Scioscia is using a six-man rotation and Ohtani hasn't pitched on less than six days' rest. Scioscia gives him the day off before and after he pitches.

Four of Ohtani's starts have come on Sundays, the other two on Tuesdays. He's scheduled to start the finale of LA's home series against the Rays on Sunday. Pray for a rainout if you're heading to Toronto on Tuesday. But bear in mind, the Angels have been rained out at home once in the last 23 years.

The buzz about Ohtani continues to build. He has performed beyond expectations through the first quarter of the MLB season, particularly after a sketchy spring that had skeptics suggesting he was overblown and over his head. There was speculation that the Angels might start him in the minors for more seasoning.

The Angels have won five of Ohtani's six starts. He lasted two innings in a 10-1 loss to the Red Sox, who have hit everybody this season. He struck out the first hitter he faced in his first start. In his first at-bat at Angel Stadium, he hit a three-run homer against the Indians.

At his current pace, Ohtani would start more games on the mound and play more as a non-pitcher than Ruth did in 1918. Ruth pitched only 15 games and was mainly an outfielder in 1919, his last year with the Red Sox. He never started more than one game in a season after being sold to the Yankees a year later.

Ohtani is a freakish talent. Early in the season, he had the best "hard-hit" rate of any player in baseball, which measures balls with an exit velocity of at least 95 mph. Too bad we didn't, couldn't measure those things in the Babe's day.

So you have a player who throws the ball as fast and hits it as hard as anyone in the game, and who is doing something that hasn't been attempted in a century, by the most famous player in the sport's history. It's no wonder people want to see Ohtani. His last five mound starts drew an average of 40,000-plus fans.

This raises a couple of obvious questions: One, can Ohtani keep it up over a long season, or will the strain of doing both begin to affect his pitching? We're in an age where pitchers are coddled, their innings monitored from the time they turn pro, where any extra activity is seen as a grave risk to their arm.

Second, why don't more people do it? Why did it take a gifted kid from Japan to break through the glass ceiling that says you can't be a starting pitcher and a position player? Is Ohtani a once-in-a-century phenomenon, or will more teams, in a sport that is bucking many long-held conventions, look to follow suit?

There have to be more talented young players who can do both, in the U.S., Asia and Latin America. Teams rarely put on defensive shifts until Joe Maddon began doing it with the Rays a few years ago. Now it's everywhere. Hitting approaches have radically changed, with more and more players looking to elevate the ball.

Why not more two-way players? Six-man pitching rotations could be the next big thing. If a multi-talented guy can give you 27 starts and 300 at-bats, increasing the depth of your pitching staff and your bench, why not do it? And maybe this will make coaches pause before making kids specialize so soon at the lower levels.

Ohtani is an astonishing talent and a great story. But is he that rare an athlete? Did we really have to wait 100 years?