There was a time when we had to travel great distances, often at a high cost, to celebrate our geekdom at pop-culture conventions where all the things movies, television, superheroes and comics could be celebrated.

Not anymore. Now the stars are coming to us.

When “Nickel City Con” opens Friday in the Buffalo Niagara Convention Center, it will kick off our summer season of the geek with a weekend of celebrity guests, panels and fun and games headlined by Hulk Hogan, Oscar-winning actor Richard Dreyfuss, MLB Hall of Famer Reggie Jackson and Jeremy Bulloch (Boba Fett of "Star Wars"). After that, we’ve got at least another 10 conventions of various sizes taking place over the next three months within a 60-minute drive from Buffalo.

Next up: the star-studded Niagara Falls Comic-Con, June 1-3 in Scotiabank Convention Center in Niagara Falls, Ont., with Michael Rooker ("Guardians of the Galaxy," "Walking Dead"), Ralph Macchio ("The Karate Kid"), Kim Coates ("Sons of Anarchy" and star of the Buffalo-made film "Cold Brook.")

If you haven't been to a con, you may be surprised at the varied guest list. Fans of classic TV shows can meet Barbara Eden, who starred as Jeannie in "I Dream of Jeannie." In addition to Hogan, wrestling fans can see Jimmy Hart, the Young Bucks and Ricky Steamboat. 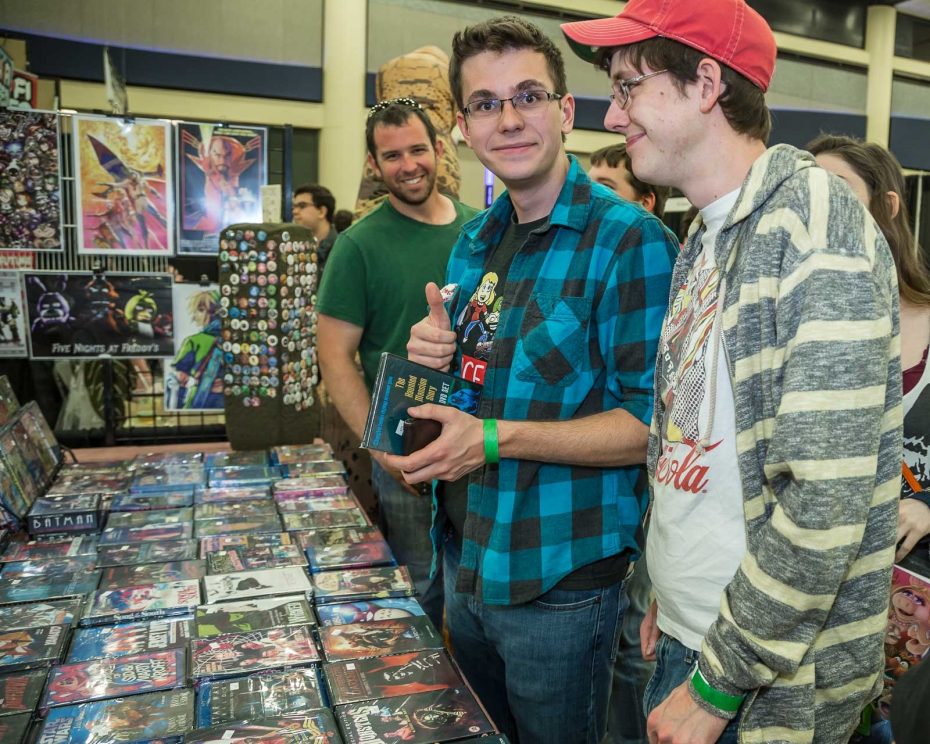 There's plenty to buy at the dealers' tables at Nickel City Con including posters, T-shirts, DVDs and memorabilia. (Don Nieman/Special to The News)

Not only do we get to see the stars, Nickel City Con lets us watch the movies, too. Dreyfuss will meet fans and sign autographs all three days of the convention and host a screening of “Jaws” on May 20 at the North Park Theatre. That’s one of five celebrity screenings being held via the con at area theaters (all of the stars will be at the convention).

Two of the events quickly sold out – “Tales from the Crypt: Demon Knight” with actor John Kassir as part of “Thursday Night Terrors” at Dipson Amherst Theatre, and “Napoleon Dynamite” with Jon Heder at the North Park.

A full listing of guests, events and VIP packages can be found at nickelcitycon.com.

Hulk Hogan on 'Hulkamaniacs,' Buffalo and his biggest comeback yet