Kentucky Greg’s has closed for good.

Or for ill, if you're a barbecue fan. The restaurant, at 2186 George Urban Blvd., Depew, had been a reliable dispenser of smoked meats for 21 years.

Owners Greg and Pamela Englehardt, who have been hands-on operators since the beginning, entertained offers for the restaurant last year but did not reach a sales agreement.

“That was a huge part of our lives for 21 years,” Pamela Englehardt said, “and like Greg said, the restaurant industry is like dog years.”

The restaurant is closed, but catering will continue, she said. Outstanding gift cards will be reimbursed, and she’s in the process of setting up an email address for gift card holders to arrange reimbursement, she said. Watch the Kentucky Greg’s Facebook page for details.

There may be a Kentucky Greg’s food truck in the future, but it’s too soon to know for sure, she said.

“Basically, we’re looking to downsize,” Englehardt said, “and have a little less stress.”

Healthy meals downtown: Downtown dwellers and office workers have a new health-focused option specializing in lunch, breakfast and takeaway meals for the week.

Feature Meals has an address of 598 Main St., but its entrance is around the corner on Chippewa Street.

Owners Mike Khoury and Justin Tartick are offering simple meals, and more intricate ones, aiming for followers of paleo, keto and vegan diets, and those eating gluten-free.

"We're getting natural products and cooking them simply," Khoury said. 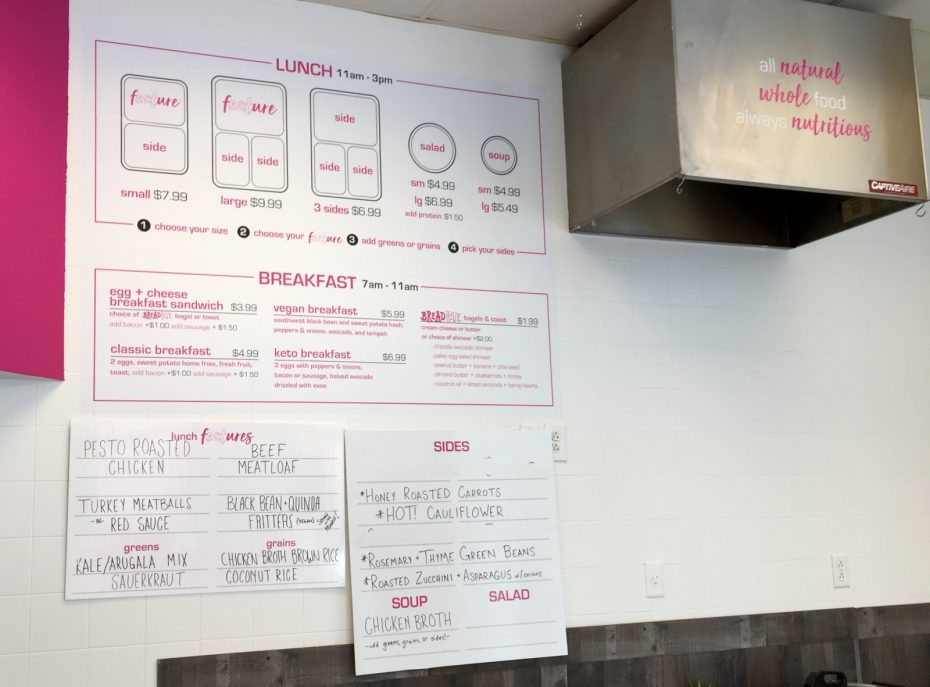 "We want to offer downtown a nutrition option that's real food," Khoury said. "Homestyle, hearty, not covered in sugar and processed fats." Feature does not have a deep fryer. 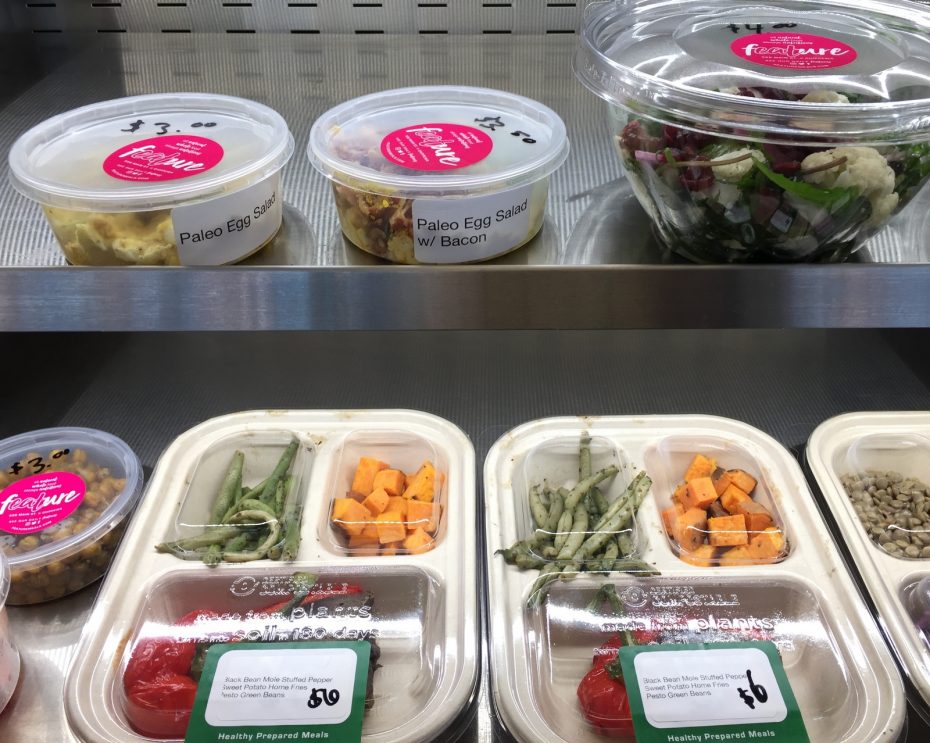 "We recommend it as a meal replacement," said Khoury."It's obviously calorically dense." 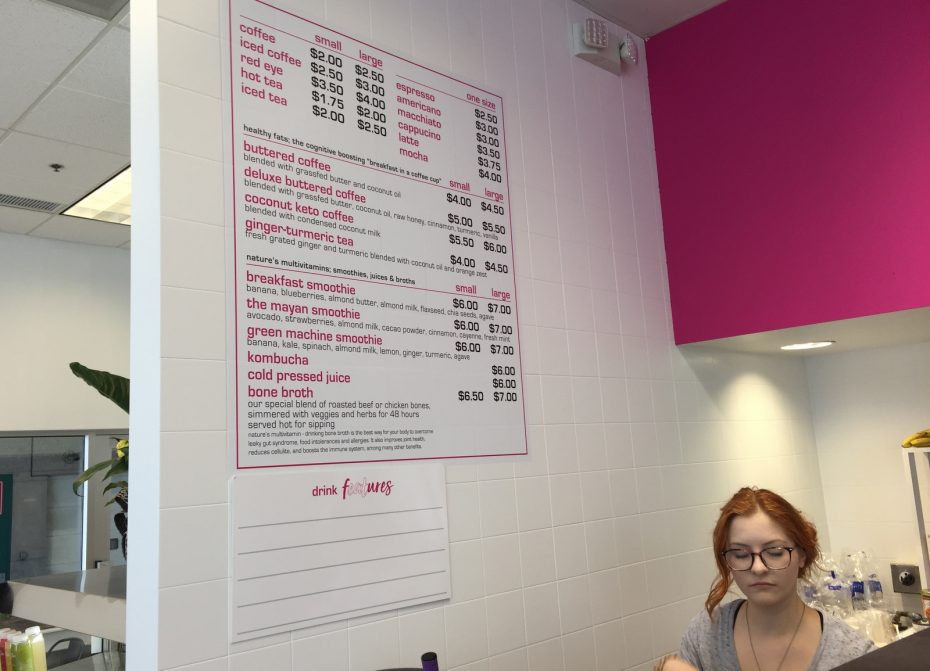 Feature also does a brisk meal-prep business, its offerings tailored to the same dietary preferences. Blocks of meals ordered online or in person are picked up on Mondays. Regularly $6 a meal, with no minimum, they're currently being offered at 10-for-$50 as a temporary introductory special. 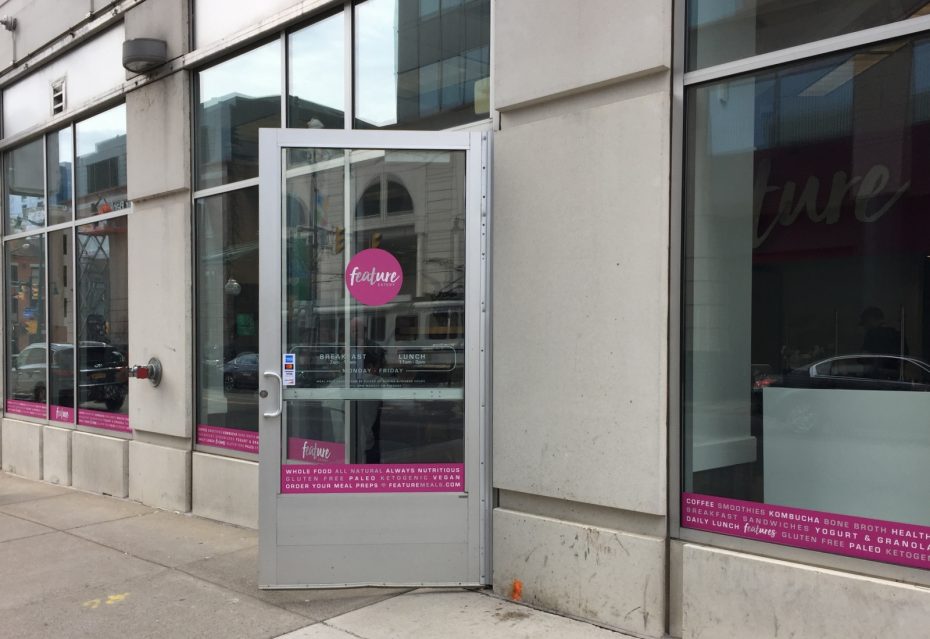 That's because Steve Meli has been slinging clams for nearly 40 years, lately on a summers-only basis between stints as a limousine driver in Las Vegas.

Over the years Meli - "Steve the Clam Guy" - has set up in venues near the water, on Elmwood Avenue and then on Hertel Avenue. This summer his address is 1368 Hertel Ave., the Salumeria Belsito restaurant.

“I’m so excited to be back on Hertel Avenue in Little Italy," said Steve Meli. "I’m very happy to be a part of the Belsito family and looking forward to a great and warm summer filled with fun, food and drinks.”

The restaurant, which opened in 2014, already features Neapolitan-style pizzas, paninis and Italian specialties. It also offers beer and wine.

Pizzas range from classic margherita ($12) to speck with buffalo mozzarella ($15). Sandwiches, on house-baked ciabatta, come with salad or chips. They run from eggplant Parmesan with pizza sauce ($11) to prosciutto di parma or breaded chicken, mozzarella and pesto ($13).

Meli's arrival brings a seafood specialty to the menu, with clams, oysters, crab and lobster choices. In addition to fresh bivalves raw or steamed, clams casino or Cajun casino style (12/$18.95) and oysters Rockefeller (6/$12.95) are on offer.

The Mahony, the first-floor restaurant in the Fairmont building, has closed.

Its 190-seat, 5,300-square-foot space is located in an Ellicott Development building that's home to Pegula Sports and Entertainment, other commercial tenants, and apartments.

The Mahony serves American standards with a twist

Yelling Goat returning: The Yelling Goat is close to reopening after a February fire forced extensive renovations of the Lancaster restaurant.

"Initially all we had was water and smoke damage, and it didn’t seem so bad," she said. "Then you start digging into this stuff, and the wiring needs to be redone, this is damaged, we have to take this wall out. It turned out to be a rebuild of the entire building, head to toe."

The roof needed to be replaced. The building's floor plan hasn't changed, but "everything's getting a bit of a facelift." The bar's in the same place, but it's new.

The Yelling Goat should be open by the end of May, Kutas said.

The restaurant's pet-friendly patio will be improved and enlarged, she said, welcoming even more dogs, goats, pot-bellied pigs and their humans. About 10 seats have been added.

The food's going to be the same. Co-owner John Rooney has "come up with a few new dishes during our hiatus," she said, "but it's going to be mostly the same." 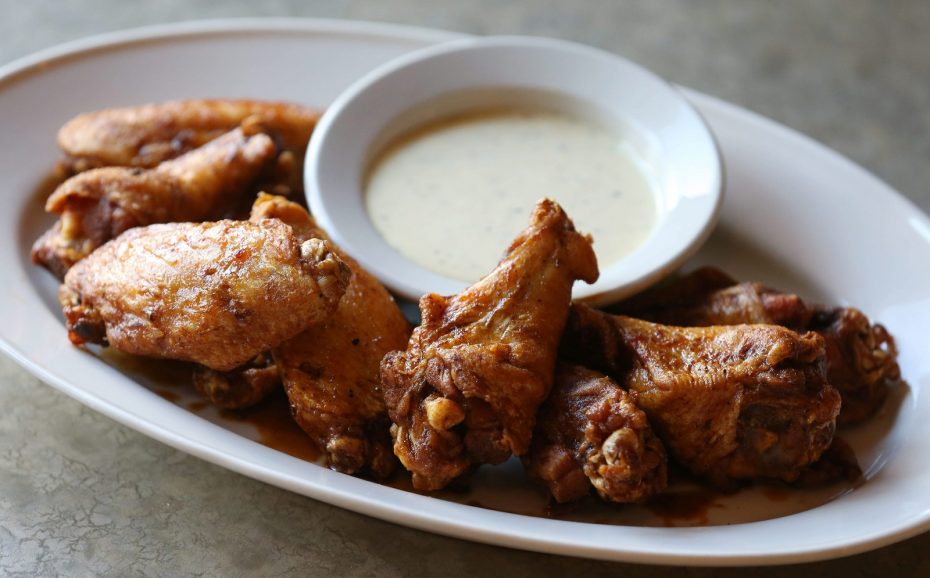 The Yelling Goat's berbere wings are a house specialty prepared with the Ethiopian spice berbere. They come with a house made wing dip. (Sharon Cantillon/Buffalo News)

The Yelling Goat staff, numbering more than 20 people, will remain mostly the same, as well. The owners had insurance for lost income and were able to pay most of their employees' regular wages for two months, Kutas said. "We've got everybody in place, and that's a positive."