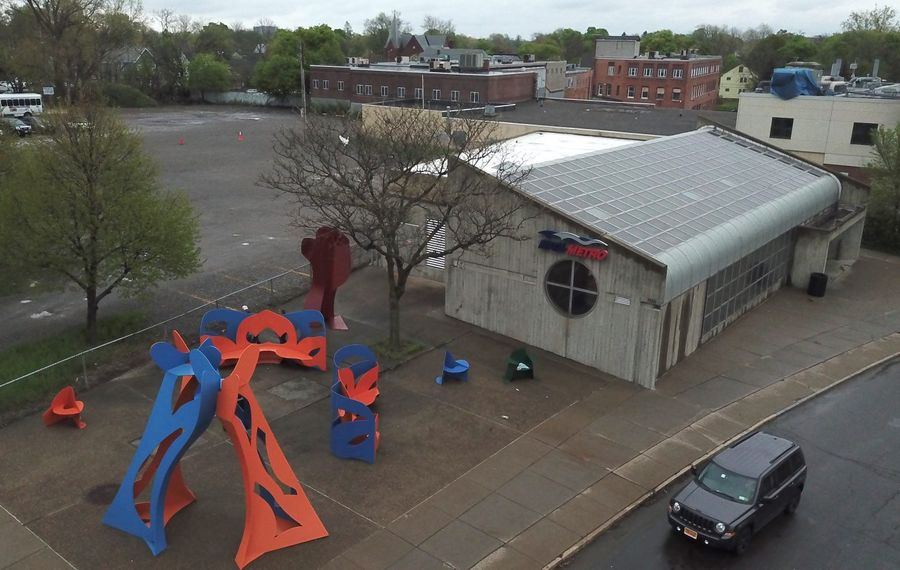 Imagine leaving your Buffalo apartment in the morning, going downstairs, grabbing a bite to eat and a coffee, and then getting right on a Metro Rail train to your job downtown – all without ever going outside.

The Niagara Frontier Transportation Authority wants to redevelop all its train stations in the city north of the Buffalo Niagara Medical Campus in a way that's similar to the recent revamp of the Allen Street station.

The agency's goal is to create mixed-use, transit-oriented projects that would meld the current stand-alone stations into larger facilities that would make better use of the space as places for people to live, eat and shop – all the while encouraging more transit riders.

"We see this as just a great way to connect communities," said NFTA spokeswoman Helen Tederous. "It's something that can benefit us and benefit the community at the same time."

The program marks one of the biggest changes in Metro Rail's history – and follows similar trends in cities around the country, such as San Francisco and Atlanta, where transit-oriented development has become all the rage among urban planners.

"Transit-oriented development has been going on for the last 20 years across the country, and obviously the NFTA has been sitting on some underutilized assets adjacent to their transit stations," said Paul Ciminelli, CEO of Ciminelli Real Estate Corp. "In a couple of locations, they could be pretty attractive for development."

The initiative still is in its formative stage. What happens in the coming years will depend on the ideas that are proposed by developers, how much interest the initiative generates and how much the work will cost and how it will be financed - all questions that are too early to answer now.

"Our project will also generate revenue to help our Metro operations," Tederous said. "This is just one of the creative ways that we're looking to do that."

Local experts praised the idea. "I've been an advocate for it for a long time, and have actually championed it to the executives at NFTA," said Dennis Penman, a commercial real estate consultant and longtime former executive at M.J. Peterson Corp. and Ciminelli.

"They have some good real estate and the trend today, this urban market, is really going to be a prime user of that kind of public transportation," he said. 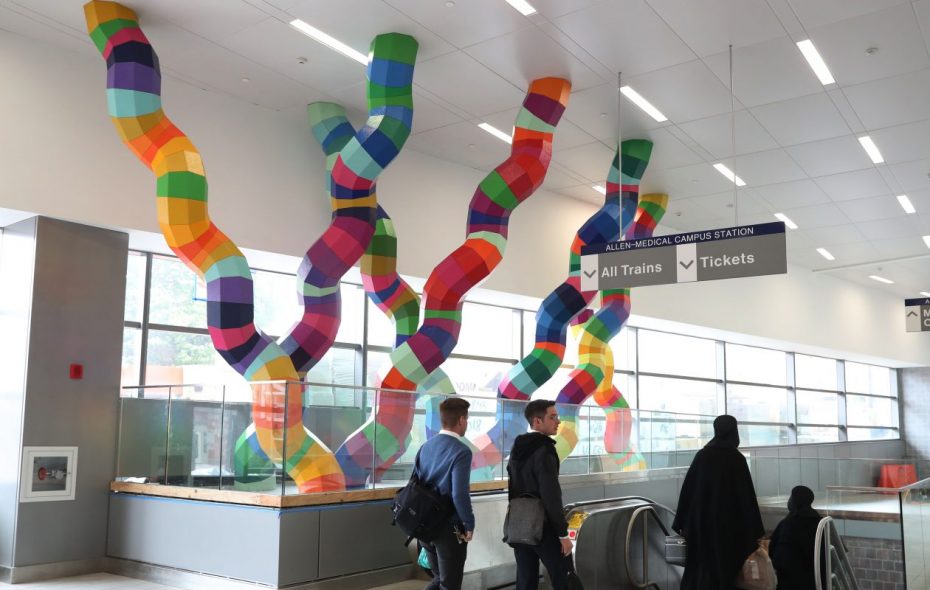 The concept is modeled after the success the NFTA has already seen with the new Allen-Medical Campus station that was incorporated directly into the University at Buffalo's new $375 million medical school building on Main Street.

There, the above-ground station was demolished and rebuilt inside the Jacobs School of Medicine and Biomedical Sciences building at 955 Main. That building is linked through tunnels and bridges to adjacent hospitals and medical research facilities, making it an attractive option for commuters that is generating increased ridership, access and revenues.

"It's been a great partnership. The whole thing was just a win-win for everybody," Tederous said. "The rail station is just beautiful. It's so beneficial to the community. It's just something we're just extremely proud of. It definitely inspired us."

That's what the NFTA wants to build upon with other stations, creating what it calls a generational opportunity for the community and developers.

"This is very exciting. It's very different and unique," Tederous said. "It's a tremendous opportunity for developers as well. We think there's a lot of opportunity in our properties."

The agency is hoping to use that approach at all of the stations north of Allen, including Summer-Best, Utica, Delavan College, Humboldt-Hospital, Amherst, LaSalle and University, as well as the headquarters building at 181 Ellicott St., the transit police facility at 1404 Main St. and the soon-to-be-developed DL&W Terminal at the foot of Main, near Canalside.

In each case, the NFTA would retain ownership of all the properties, but would lease the ground to a developer for the larger project.

But the degree of development will depend on various factors, Ciminelli added, such as how many elements each project includes and how big  they are, how much financing is available and how much the developer can obtain in tax breaks and other subsidies.

"A couple of the sites seem to be fairly development-friendly sites," he said. "Some of the other ones do have their challenges. It's going to take the right economics."

Penman said the redevelopments would "most likely" be mixed-use "live-work-play" ventures. "They have certain places that lend themselves to that," he said. "They're going to be high-value locations."

Officials are not seeking to do them all at once, nor are they setting any expectations for the development concepts they may eventually get, said James Dentinger, president of commercial real estate firm McGuire Development Co., which is working with the NFTA.

For example, he said, the DL&W Terminal is "very desirable" because of its location near Canalside, while the LaSalle station has "great potential" for a mixed-use project.

"If you look at our light-rail system, it's got some really nice stations on corners and in certain areas," Dentinger said. "We're probably looking to develop these a few at a time, but we'll be prepared if the interest is greater to do more."

Following a request for proposals, the NFTA last fall hired McGuire to serve as adviser and consultant to help coordinate the project. McGuire will not bid for any development work.

McGuire is now issuing a request for qualifications on the NFTA's behalf to developers locally, regionally and nationally in a bid to gauge interest in the projects. The process will be targeted to East Side developers, as well as Canisius College and the University at Buffalo, since they're along the Metro Rail.

"We feel there's going to be a lot of interest in some of the stations and the DL&W, but we want to make sure we have ideas in all of the stations, even those on the mid-line on the East Side," Dentinger said. "We're looking to create an opportunity for multiple developers and architects to create teams to put together on certain projects."

The solicitation request will be released through the New York State Contract Reporter, the Construction Exchange and media outlets. Within six months, NFTA plans to issue a request for proposals for redevelopment for each of the stations.

And Penman expects they will be well-received.

Tederous said the agency is "keeping an open eye" on the possibilities.

"I think we'll see some very interesting and hopefully unique opportunities that will come forward," she said. "This is a creative way to provide some property development in some interesting ways."