You’ve probably heard this tale before. Strangers drop off a note at a house they admire in a neighborhood they love, inviting the homeowners to contact them if they ever decide to sell.

“We didn’t know what the inside looked like. We just liked the double lot,” said Theresa Roma, who grew up in West Seneca – as did her husband.

The couple lived in a nearby home in Parkside at the time but, with the birth of their third child, wanted more space. Not only was the house situated on a double lot, it also had a bedroom for each child, a super-sized dining room for entertaining and an in-ground pool.

The house, built around 1910, is one of eight private homes that will be open to ticket-holders during the 20th annual Parkside Tour of Homes on May 20. (Details can be found at the end of this story.)

The Romas, past chairs of the Parkside Tour of Homes, noted that the house had been very well maintained by former owners. Although the couple removed some wallpaper and did some painting, they chose not to repaint some of the existing neutral-colored rooms that complemented not only the style of the home but also the furniture they brought from their previous home. The boiler in the basement was also in good shape. 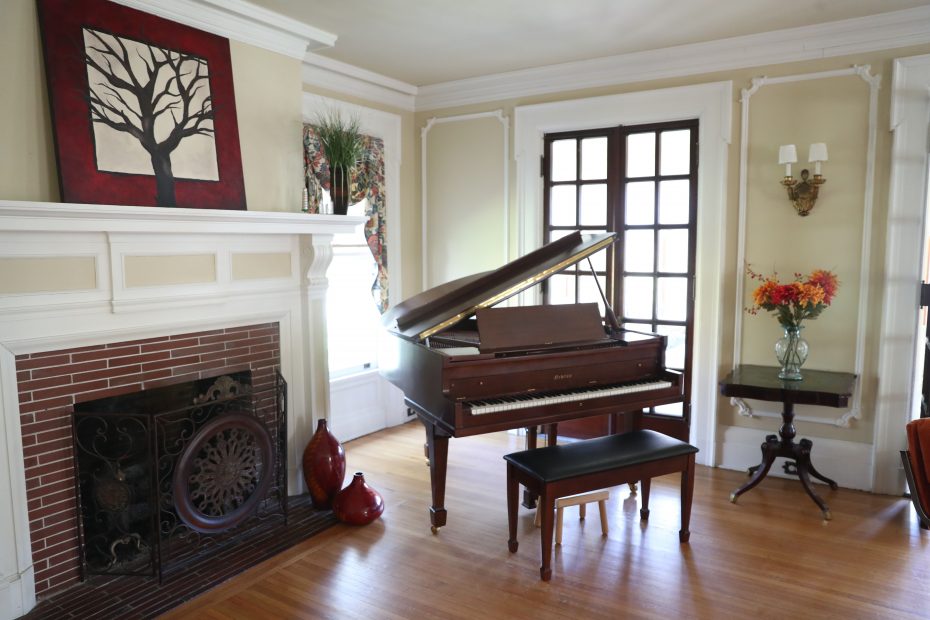 Theresa Roma pointed out that some of the home’s features appear Colonial, while others – the woodwork, decorative hardware and light sconces – are Arts and Crafts.

The previous homeowners lived in the home for more than 40 years, said Theresa, who works for the Guardian Life Insurance Company of America. An earlier homeowner was merchant Patrick J. Kelly, who was vice president and treasurer of the old Hens & Kelly company at the time of his death at age 69, according to a 1927 obituary.

The Romas believe that some remodeling was done in the 1930s. The main upstairs bath has an old shower stall, which was probably added during the remodel, for example. Large soaking tubs in the bathrooms likely replaced original claw-foot tubs.

• Hardwood floors and woodwork were in excellent shape, as were the wooden built-in cabinets with leaded glass doors in the den and the wood ceiling beams in the den and adjoining dining room. The couple did, however, have multiple layers of paint removed from the railings and risers on the main staircase to return them to the original wood, which was then re-stained.

• Nearly a dozen French doors close off various rooms, including the sun porch from the living room.

• Three of the five fireplaces work. The home also features what Theresa calls “invisible” radiators in the walls with grills that are barely noticeable.

• The large garage still has two barn stalls for horses. 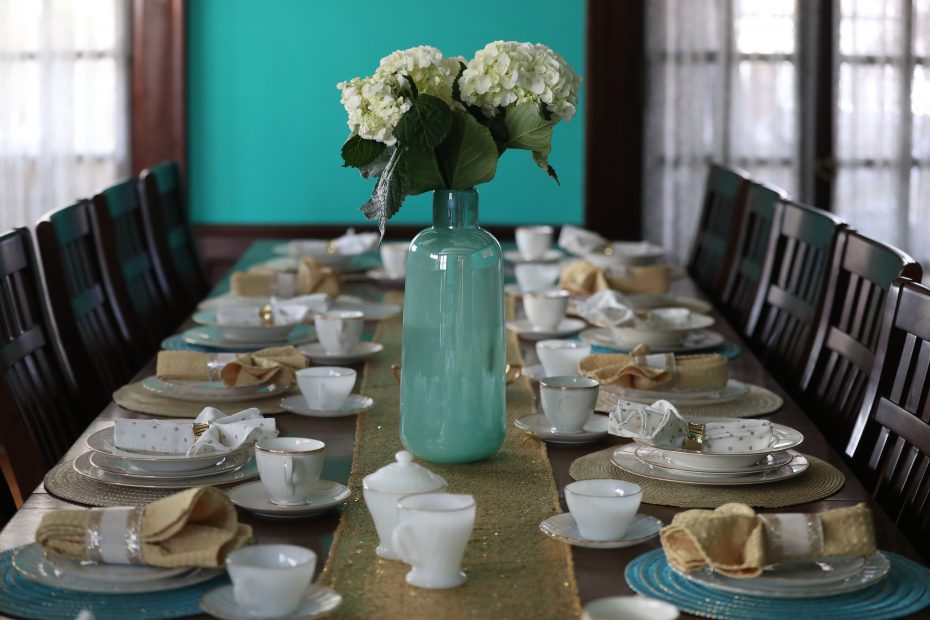 Adam Roma, who works for BlueCross BlueShield, said the purchase price of the house was $525,000 in 2016, noting that it never went on the real estate market.

The Romas have made the place their own. The Frank Lloyd Wright-inspired dining table was made by a Virginia-based craftsman; it has four leaves and, when fully extended, seats 18. The children’s rooms have all been repainted and simply decorated. Twins Estelle and Louis are age 5; Maria is 20 months.

And a bed swing that hangs on chains from the sun porch ceiling is a favorite spot for relaxing in warm weather.

The Romas also converted the in-ground pool – likely added in the 1980s – to salt water. And — with a larger city lot landscaped with an herb garden, flower beds and more – they are brushing up on gardening skills.

Adam Roma’s mother, Jeanne – a West Seneca resident – noted that the city house not only is beautiful, it’s also ideal for the young couple to entertain.

“They like to have parties and have people over. The whole family can fit around the dining table,” she said.

Next project: restoring the kitchen to its 1910 style. 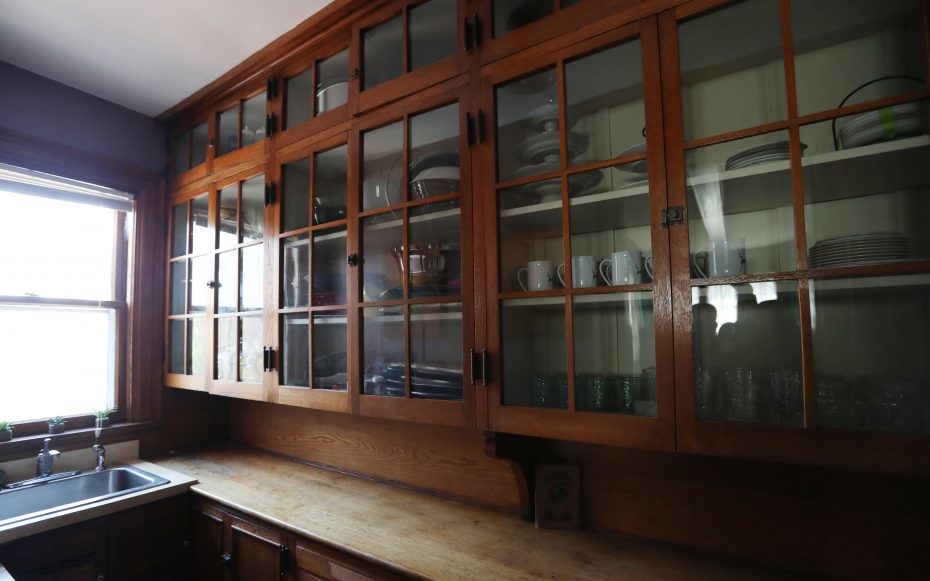 Take a peek inside the Roma family’s home, built around 1910 in Buffalo’s Parkside neighborhood:

Layout: The first floor has a sun porch, living room, dining room, den, kitchen, butler’s pantry, laundry room, half bath and back porch that leads to a deck and in-ground salt water pool. The second floor has four bedrooms and two full baths. There’s also a basement as well as an attic originally designed with living quarters for servants and house guests.

Furniture: A mix of newer and inherited pieces, much of it from their previous home; a custom-made Frank Lloyd Wright-inspired dining table that seats 18; a baby grand piano; and a bed swing on the sun porch.

Day of event tickets for Parkside Community Association members and students are $25; nonmembers are $30. For advance tickets, visit the PCA office at 2318 Main St., call 838-1240 or visit parksidebuffalo.org.

On tour day, tickets will be available at the corner of Parkside Avenue and Russell Street. The tour features eight private homes, plus the Gardener’s Cottage at Frank Lloyd Wright’s Martin House Complex and the chapel at the Episcopal Church of the Good Shepherd.

Proceeds benefit the continuing work of the PCA. No children younger than 12 on tour. 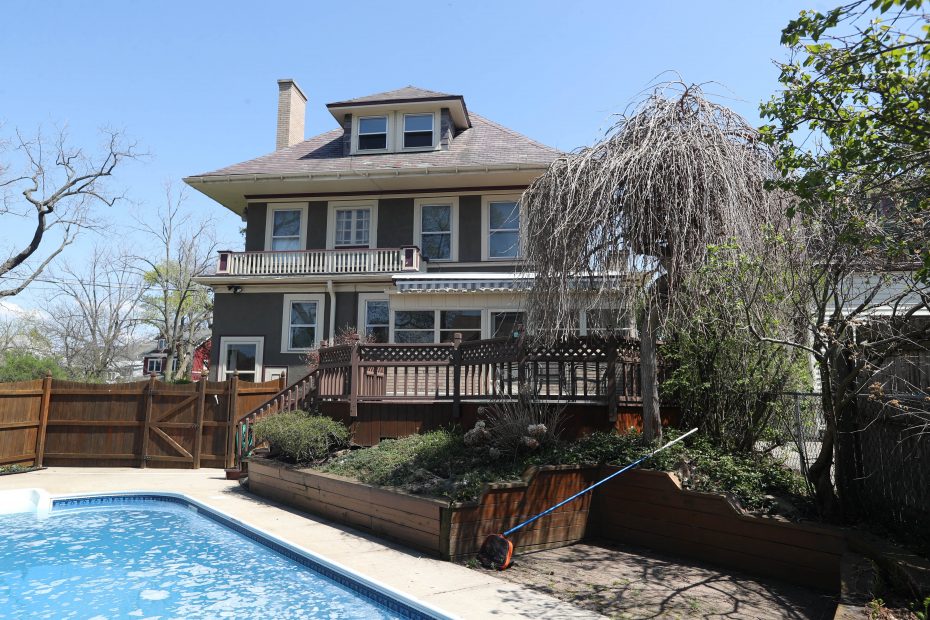 The backyard, with view of the salt water pool. (Sharon Cantillon/Buffalo News)

* Check out the April Home of the Month:

Home of the Month: History mixed with whimsy in Linwood Preservation District