Tiny museums are usually something you visit on vacation. You are excited to discover them when you’re away. At home, you pass them and say that someday, you will visit. Maybe you'll stop in when friends are in town. Maybe --

Just go. These micro-museums, as I found myself calling them, can be magical. They make you feel like a tourist in your own hometown.

It does take a little planning. Micro-museums often are run on a shoestring and staffed by volunteers, and so the hours are limited. I smiled learning that the Cheektowaga Historical Society was open “most Mondays.”

But a micro-museum can be great fun. It can be an excuse to visit a new part of town. You are bound to learn something new, to see something surprising.

Visiting just a handful turned out to be quite the adventure.

A friend and I began with the Historical Society of the Tonawandas, located in an adorable railroad depot on Main Street in the City of Tonawanda. I had passed it a million times, and never gone in. I could not believe the stuff crammed into that place.

Not all of it is Tonawanda-related. For instance, they had the admission ticket box from Alt Nurnberg, the German exhibit at the Pan-American Exposition. Howard, the Tonawanda motorhead I married, has a garage that sits on that site.

"Wow!" he wrote, when I texted him a picture.

You need a few visits to do justice to this tiny place. Albums of historic photos showed Tonawanda then and now. Stentorian busts of dead presidents looked down from on high. They were originally class gifts to Tonawanda High School, which apparently has no further use for them. Old traffic fixtures call out for your attention, as do several dozen shaving cups from an ancient Tonawanda barbershop, most of them bearing German names. Men had their own personalized shaving cups, we learned, and would keep them at the barber's. Who knew?

A micro-museum's sleepy atmosphere is perfect for talking history with fellow patrons. One visitor, there with her son, was in her 80s and shared recollections of the neighborhood. This museum's director, Ned Schimminger, and a volunteer named Irv charmed us with their enthusiasm and knowledge. The folks who run these micro-museums are there not for money but for love. 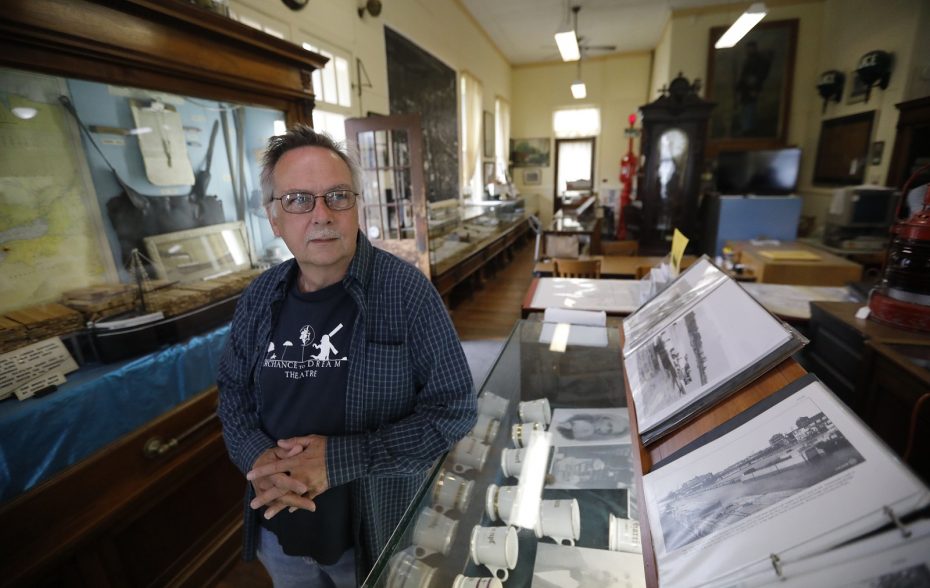 Ned Schimminger, archivist at The Historical Society of the Tonawandas, poses next to the collection. (Derek Gee/Buffalo News)

When you leave this little museum, as a souvenir, you can take a free copy of a big drawing of it, competently done by Irv. It is perfect for coloring.

Next, we headed to the Steel Plant Museum. It is in the Heritage Center, in the Valley, where the steel plants used to be. Unfamiliar with the neighborhood, we thought we were in the wrong place. It's so stark, with railroad cars outside.

Do try to see this place, particularly if you had a relative who worked in that mind-boggling business. They had Bethlehem Steel bowling jackets, photos of steel plant sports teams that used to compete against each other. It gave me a new idea of the vastness of the place. 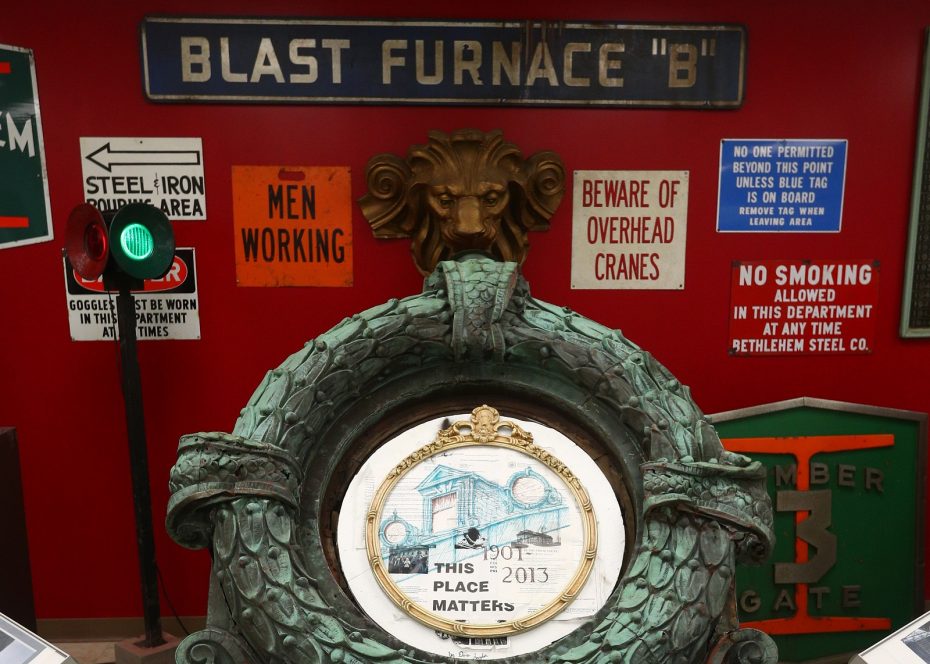 A copper window that adorned the Lackawanna Steel Co. Administration Building (Which then became Bethlehem Steel) at The Steel Plant Museum, 100 Lee St. In 1984, the Steel Plant Museum was established to help preserve and document the memories of the steel-making industry in Western New York. While the majority of the collection is from Bethlehem Steel’s Lackawanna plant, artifacts from Republic Steel, Hanna Furnace, and other local companies are also represented here. (John Hickey/Buffalo News)

We needed to lighten things up after that, so we swung by the gift counter. They had locally made nail polish in Steel Gray.

Our third museum visit was a happy accident.

Under the same roof as the Steel Plant Museum, was the museum run by the Western New York Railway Historical Society. You will find this from time to time with micro-museums: Where there is one, there is another. That way they can pool their resources.

The curator of the Steel Plant Museum is a recent Buffalo State College grad, Jennifer Weber. In typical micro-museum style, Weber also oversees the Cheektowaga Historical Society. She holds other jobs, and talking with her, we learned why the Cheektowaga museum is open only "most Mondays." When Weber can't get there, the museum isn't open. 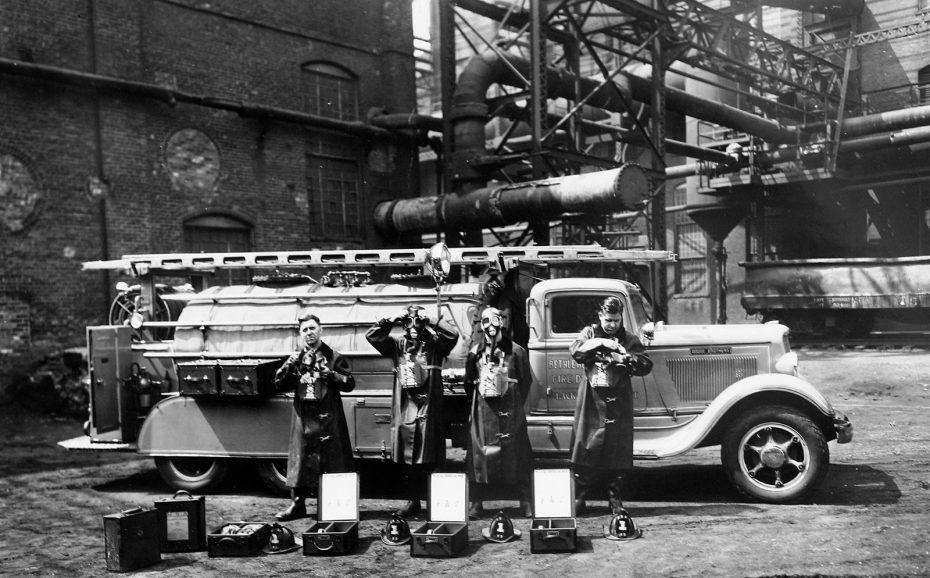 The train museum, more extensive than you would expect, occupies a series of rooms adjoining the steel museum. Even if you're not into trains, you'll find something to admire. There is cool artwork related to trains, and china designed for the train by Buffalo China and Limoges. Imagine traveling in those days.

And look, shaving cups. But for my visit to the Tonawanda museum, I would never have recognized them.

The train museum also has a Wurlitzer jukebox from a train and a 1945 calendar from 20th Century Limited. History buffs will love a display centered on the Great Gorge Route, which used to run along the rim of the Niagara Gorge, offering breathtaking views. That was an accident waiting to happen, and sure enough.

I could go on and on. But other museums beckon.

What's next? The friend who went with me on this museum adventure went to the Buffalo Fire Historical Museum on her own. She loved it.

"They're very talkative. They love talking," she said. "I met guys who knew my uncle, and who worked with my grandfather in 1961."

So I might go there, as well as to Greater Lancaster Museum of Firefighting, just so I don't play favorites.And now that I know a bit about trains, there are a couple of other train museums I'd like to visit. Needless to say, we have several.

You know what they say, Buffalo really is one big room.

It's fun to get to know the nooks and crannies.