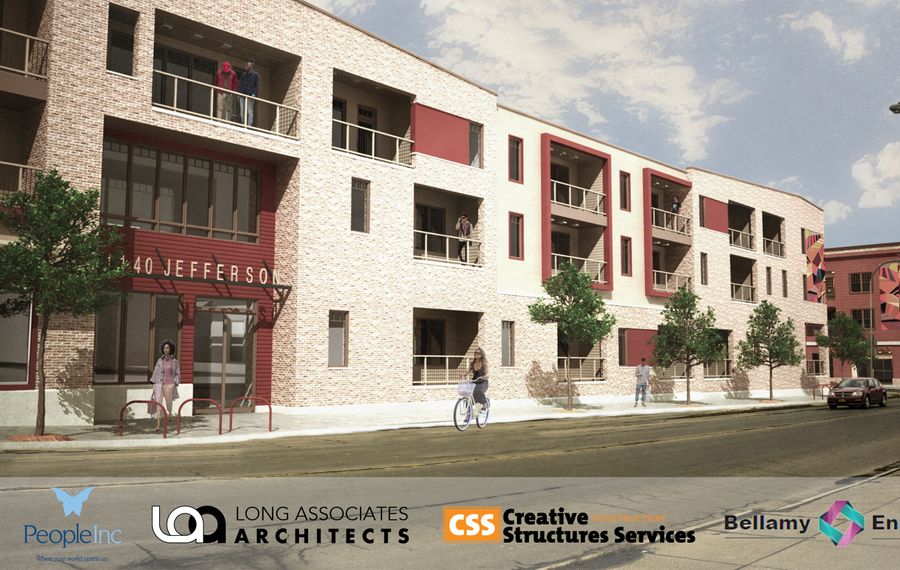 Buffalo city officials say they are now finalizing real estate deals on more than a dozen sites as part of a host of redevelopment projects that will generate more than $8 million in sales value in the coming months.

The city took possession of the properties at different times and for various reasons, including tax foreclosures and other seizures through the new land bank.

Now its Division of Real Estate is trying to sell the sites to developers to reduce its holdings, generate some cash for city coffers, and encourage the reuse of derelict buildings or vacant land that in some cases it has held for years.

The pending properties range from the prominent Buffalo Police headquarters downtown – valued at $3 million – and a large vacant parking lot on 201 Ellicott to a former library branch and four former schools.

"We have a new round of very exciting projects," said Buffalo Mayor Byron W. Brown. "We have worked to negotiate projects that will be good for the community, that will create jobs, and that will generate revenue for the city's tax base."

Officials say all of the transactions have been in the works for some time, even a couple of years in at least one case. But now they are coming together almost simultaneously.

"There's a lot of real estate activity that's going to be occurring next year with city-owned assets," said Brendan Mehaffy, executive director of the city's Office of Strategic Planning. "There's a lot of these that we've been working on for quite some time that are now moving together at the same time."

Mehaffy said the deals were held up by various issues, including financing, as well as negotiations with the city over standard "community benefits" provisions. Those conditions – which are important subjects for Brown – deal with affordability of apartments, inclusivity and access for a broader spectrum of people, and the level of participation by women and minorities as both contractors and workers on the projects.

"There's a lot to work through with the sale of a lot of these properties," Mehaffy said. "We always work to move expeditiously, but also balance that with our priorities for the community."

The 12 projects involve more than 100 acres in all, and will result in more than 1,000 new residential units in the city. And they entail several hundred million dollars in private investment, supported by various public-sector tax credits, grants and other subsidies.

"A number of them are ready to go," Mehaffy said. "We've confirmed with the developers that they're very excited to get all of these elements going and are really chomping at the bit to get this going, because it has been such a journey to get to where we are today."

Another potential deal just came in last week, and nine other projects are "teed up" for future years, he added.

"We've moved from really big concepts to details, and you're starting to see how it's all going to come together, and it's really exciting," said Rebecca Gandour, the city's director of development, who negotiated many of the details on the agreements. "It's not just a real estate transaction."

In all, Buffalo has more than 7,000 properties in its real estate inventory, many of which are vacant lots that might be picked up by a neighbor. The city typically sells between $150,000 to $200,000 in such vacant lots every year, but it's the bigger properties with buildings that generate the larger dollars. Last year, sales totaled $5.9 million – much less than what's expected for this fiscal year. "It's certainly one of our higher-value years," Mehaffy said.

In North Buffalo, the Centro Culturale Italiano di Buffalo plans to convert the former North Park library branch at 2351 Delaware Ave. into an Italian-American Cultural Center. Mehaffy said the group was the only organization to come forward with an offer after two years of marketing the property for sale and conducting a request for proposals process. The city will provide $350,000 in community development block grant funds to support the rehabilitation of the building, which is appraised at $50,000.

Upcoming deals also include the likely sale of the Gallagher Ramp at 125 Hodge St. to Sinatra & Co. Real Estate and Ellicott Development Co. The sale of the 600-space ramp, which is being negotiated, would be part of the Elmwood Crossing project at the former Women & Children's Hospital of Buffalo site.

After several years of discussions, the city is poised to sell its St. Paul Mall properties to Ellicott Development Co. Those properties, valued at $1.03 million, are needed as part of the developer's larger six-story multi-tenant office project at the site, located just off Main Street north of the Buffalo Niagara Medical Campus. The project will also include parking.

Mehaffy said the sale was held up until Ellicott's discussions with the Fruit Belt community had reached "a certain point," but city officials now plan to file documents with the Common Council to move the tabled sale forward.

As nonprofit agency People Inc. moves ahead with developers Nick Sinatra and David Pawlik on their housing project at 1140 and 1166 Jefferson Ave., city officials are getting ready to transfer some additional lots to them once their financing is solidified, Mehaffy said. Brownfield remediation is slated to start this summer, with construction to start in the fall.

Meanwhile, Mt. Aaron Missionary Baptist Church is awaiting word on state low-income tax credit financing for its Mt. Aaron Village, using multiple properties on Genesee, Adams and Grey streets. Plans for the affordable housing community call for a senior apartment building at 695 Genesee with 50 one-bedroom apartments and 16 two and three-bedroom townhouses for families on 19 vacant parcels – some of which are city-owned. The church already has a designated-developer agreement with the city.

Four closed city schools are in various stages of being sold for redevelopment projects.