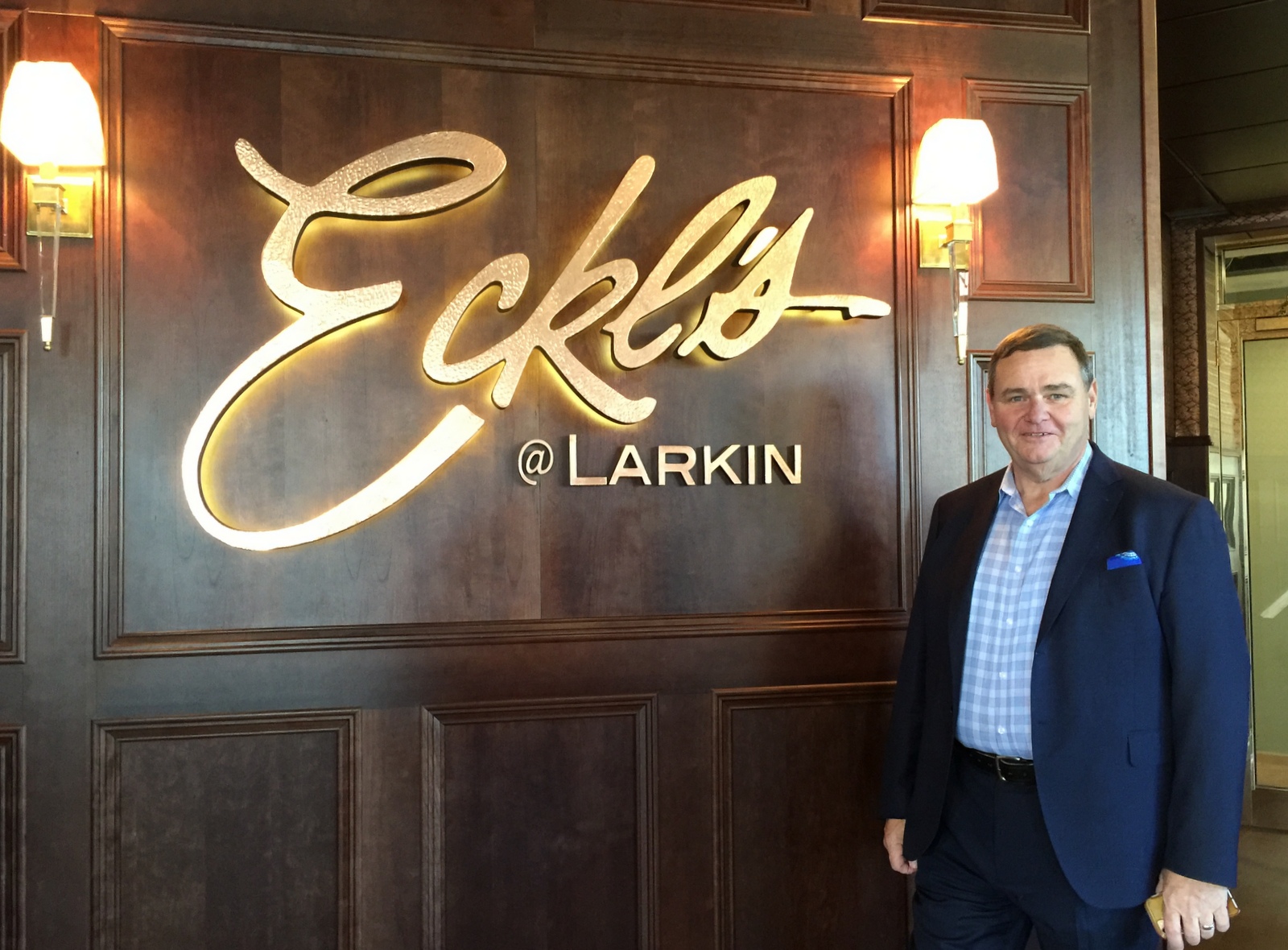 Jim Cornell has been working on a restaurant in the former industrial building for longer than four years. (Andrew Galarneau/Buffalo News)

Eckl's@Larkin, the huge new Larkinville restaurant and event space, plans to open May 5.

Work on the 7,000-square-foot restaurant, in the Larkin Center of Commerce, 701 Seneca St., is nearing its completion, said owner Jim Cornell. Delays have pushed back the initial opening, he said.

Wood paneling, antiqued copper ceiling tiles and a central bar with a hammered copper top are part of the plan to install one of the city's largest restaurants in the former industrial building.

The restaurant aims to merge the beef on weck and Western New York staples of Orchard Park's Eckl's with an upscale steak, chops and seafood house. Cornell bought Eckl's in 2016.

In the main dining room, customers will be able to watch a raw bar and, behind glass, a beef carving station that's actually part of the kitchen.

Bar and dining room walls slide up to give the spaces open-air views of Larkin Square.

Hogan Glass, a company partly owned by Cornell, was contracted years ago to build new doors for Shea's. But due to a measurement error, the $60,000 custom doors wouldn’t fit. Rather than break them down, they were stored in a warehouse. Now they're the front doors to Eckl's@Larkin, Cornell said.

[Related: Read the restaurant review of Eckl's, from April 2017] 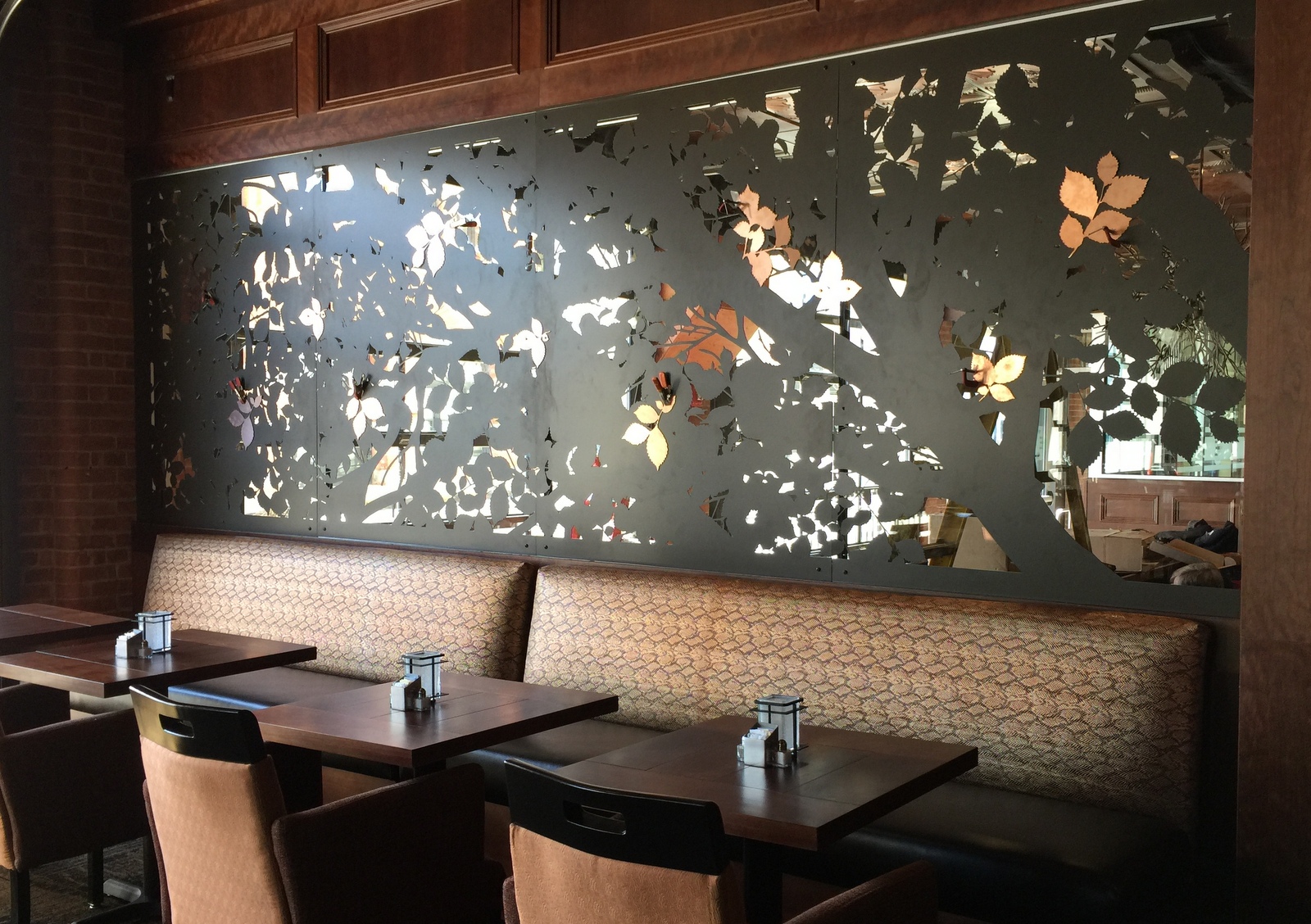 Clusters of elm leaves, laser-cut from metal, will be a decor accent in Eckl's@Larkin. (Andrew Galarneau/Buffalo News)

"We believe in bringing back legacy and landmark, memorable old stuff," Cornell said. 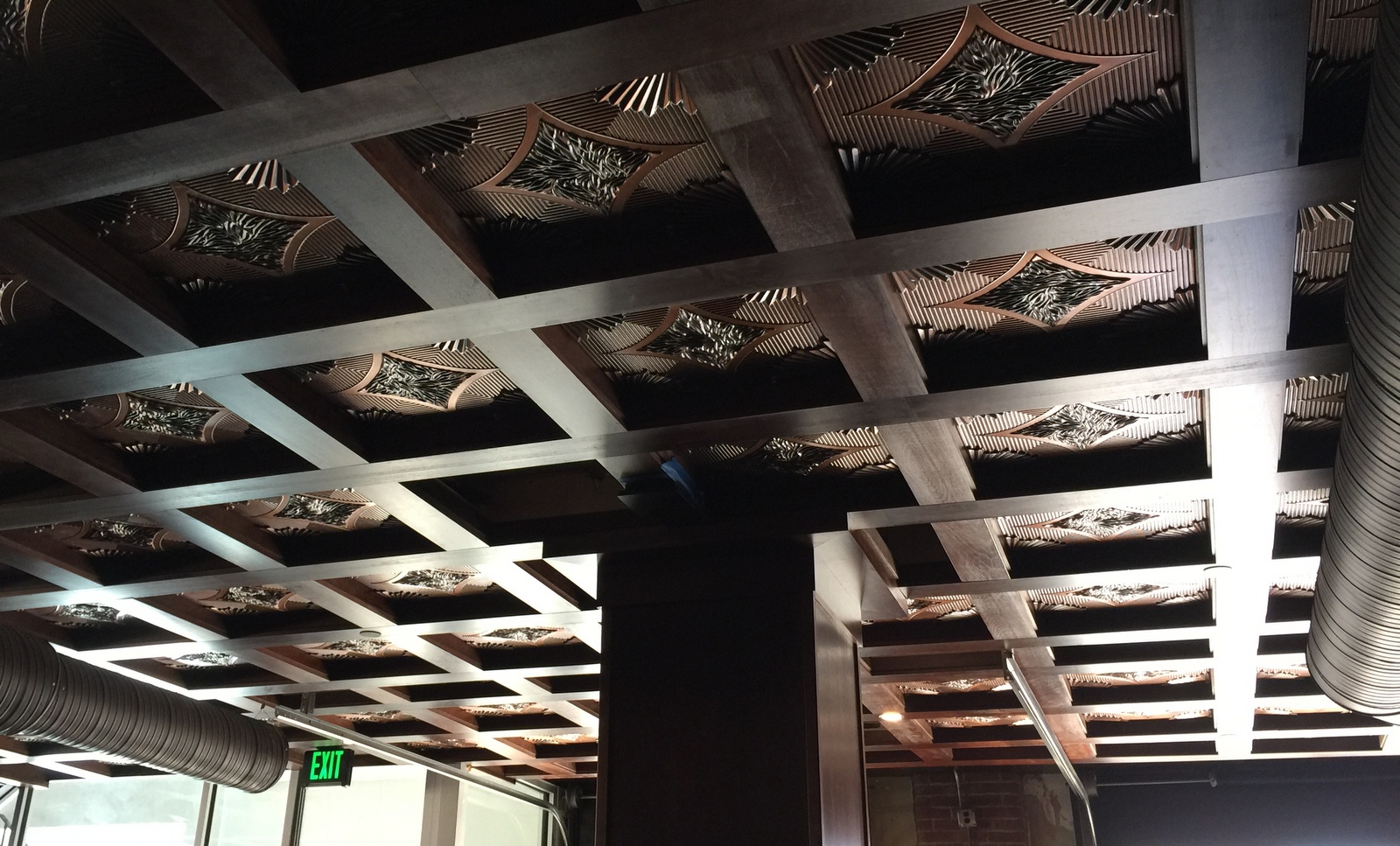 Eckl's@Larkin's executive chef is Andrew Marino, most recently of Local Kitchen & Beer Bar, and Mess Hall. The restaurant will be open Monday to Saturday at first, with Sunday hours expected later, Cornell said. Lunch, served weekdays, will include sandwiches and salads.